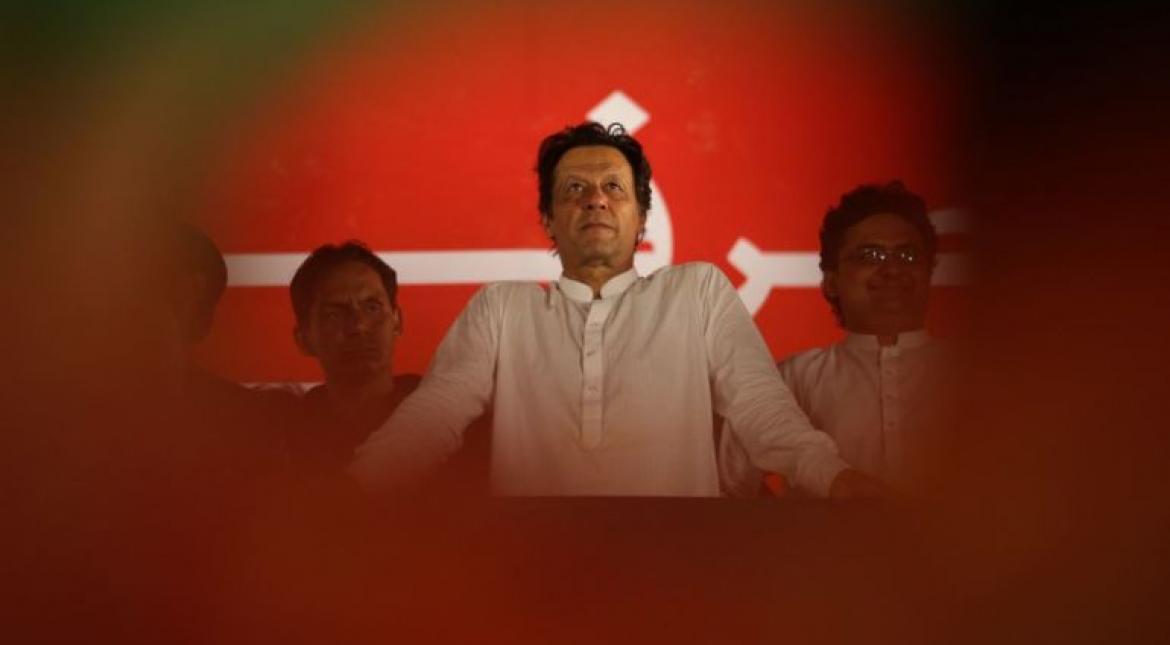 In the past, Khan has been successful in building two of the country's only state-of-the-art cancer hospitals, through donations, raising over $300 million.

After auctioning cars and buffaloes, the cash-strapped Pakistan government now wants its citizens to crowdfund a whopping $14 billion for the construction of dams. If successful, this would be the largest crowdfunding effort in history, breaking Kickstarter’s existing record by 700 times.

Facing huge debts and liabilities, Prime Minister Imran Khan, in a televised interview was quoted by AFP as saying, “We have only 30 days of water storage capacity. We already have so many loans that we have problems in paying them back. We alone will have to build this dam, and we can.”

“I promise to you that I will safeguard your money,” he added.

Unabashed in his appeal, the PM also urged those living overseas to contribute towards the project. If the millions of Pakistanis living overseas contribute a thousand dollars, we will have the funds to build the dams, he claimed.

At present, Kickstarter’s campaign for the Pebble Time Smartwatch, which raised more than $20 million in 32 days, holds the world record for the biggest crowdfunding project, according to The Wall Street Journal.

In the past, Khan has been successful in building two of the country’s only state-of-the-art cancer hospitals, through donations, raising over $300 million.

However, critics do not find Khan’s plea to collect such a large sum through crowdfunding realistic. “You can’t collect $14 billion via crowdfunding. It’s not feasible,” Khaleeq Kiani, senior economics correspondent with Pakistani daily Dawn, told the news agency. Kiani added, “We have no example in which such a huge amount was collected to build such a huge project.”

While Pakistan is rich in glaciers, it has only two large-capacity dams. In view of the increasing population, experts warn of an “absolute water scarcity” by 2025.

As per plans, the government intends to build two facilities, the Mohmand dam in the country’s northwest, and a  much larger Diamer-Basha project. While the first project appears to be feasible, experts raise questions whether the Diamer-Basha project is feasible in an earthquake-prone area.

It was Supreme Court Chief Justice Saqib Nisar who had created the dam fund in July this year. Donations have flowed in since then, despite the fact that Khan, who assumed office in August, is yet to offer a detailed plan for the money or explain how Pakistanis could regain their money if the project fails.

The Pakistani rupee has sunk by over 20 per cent in the past seven months owing to a balance of payment crisis. The last fiscal year ended with a current account deficit of $18 billion, 5.7 per cent of the GDP. The budget deficit has crossed 2 trillion rupees, according to media reports.

To overcome the financial woes, Pakistan is mulling to go to the International Monetary Fund for another bailout package – the 13th for the country since the 1980s.

Pakistan won't give in to US' one-sided demands, says PM Imran Khan

PAKISTAN, Sept 1: Pakistan Prime Minister Imran Khan on Saturday asserted that his government would not give in to any one-sided... Read More...

Robbers loot jewelry and Rs 1.2 million in cash from IME at Taplejung
19 hours ago

Car goes missing after falling into Trishuli
23 hours ago

About 20,000 observers to be deployed to monitor upcoming elections
15 hours ago