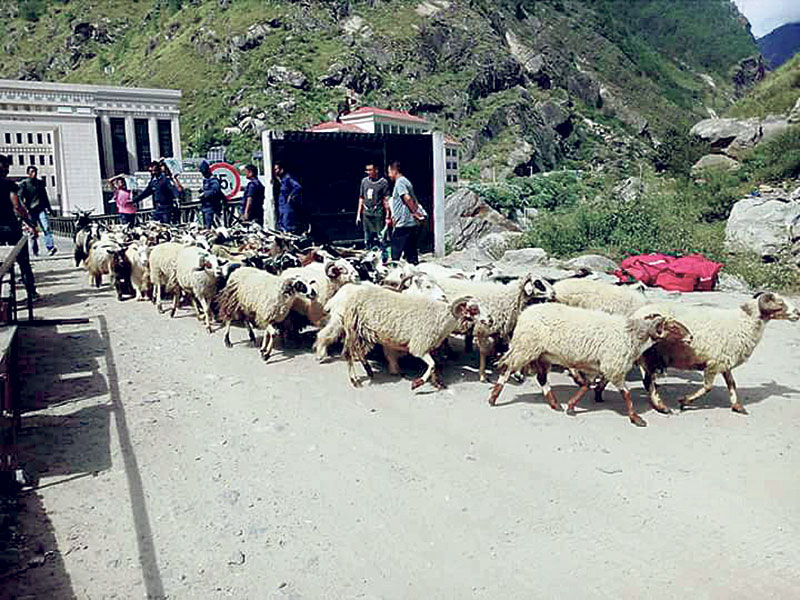 The import of sheep and mountain goats from Rasuwagadhi border point has been continuously dropping in the last three years.

Traders have stated that the price hike on the livestock was the main reason for the continuous drop of import of sheep and mountain goats from Lhasa, Tibet of China.

“The sheep or mountain goat that cost Rs 13,000 last year has been priced at Rs 23,000 this year, which is why traders have not gone there to import the livestock,” said Kongkang Tamang, a local trader from Timure, Rasuwa.

“The price hike in Tibet along with a hike in the customs fee has deterred the traders,” he added.
Rasuwagadhi border point used to be the main point of import for sheep and mountain goats for Dashain festival, but this year traders have opted for Mustang instead.

Consumers are suffering as the price of sheep and mountain goats imported for Dashian festival has gone up.

BHAIRAHAWA, May 29: Local farmers have breathed a sigh of relief after the government tightened imports of livestock like goats... Read More...

MUSTANG, Nov 2: For the Tihar celebrations, the country received a supply of 5,000 mountain goats from Mustang as compared... Read More...