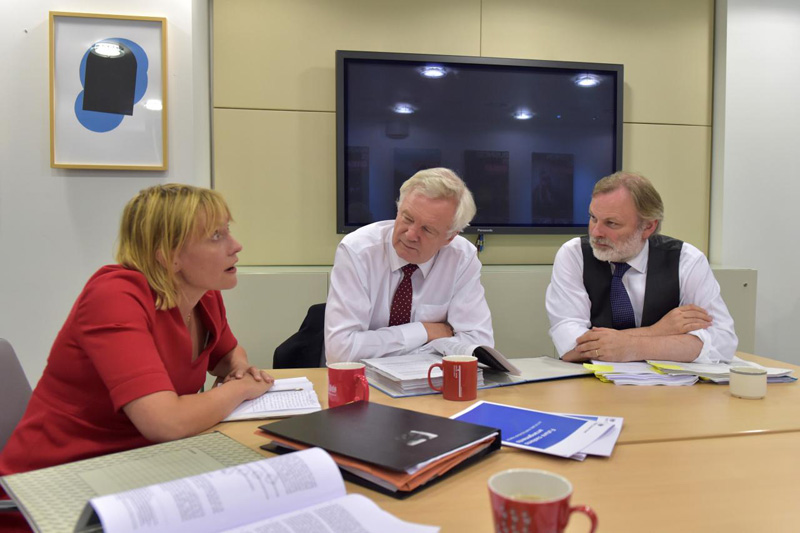 Britain conceived, coined and championed the idea of free trade. Until recently the UK was regarded as the leader in international investment agreements
After the results of the EU referendum in the UK were announced a sense of gloom and doom has prevailed in the minds of the many people in the UK. This is unnecessary and owes to the UK’s EU ‘hangover’. The country has grown dependent on the EU for so many things that many people seem to have lost the ability to see a future for the country outside of the continental box. Rather the referendum result should be seen as the beginning of a new era for the UK with new opportunities to pursue its global economic ambitions. The result prized the lid off the UK’s ability to assert its freedom of action on trade and investment matters.

It was Britain which conceived, coined and championed the idea of free trade; until recently the UK was regarded as the leader in negotiating and concluding international investment agreements. Many countries took their cue from the UK while fashioning their trade and investment relations with other countries. The ability of the UK to act as a role model in these areas was lost to the EU when the latter asserted the power to negotiate international trade and investment agreements on behalf of all of its member countries.

As a much freer society, the UK in general and London in particular, has been the envy of many EU countries. With the decision to leave the EU, the UK stands to attract people with entrepreneurial zeal, talent, skills and resources from around the globe, and not just from across the English Channel.

Free from the ever increasing bureaucracy and overregulation from Brussels, the UK would be able to reach to the outside world to strike trade and investment agreements that best suit its needs. The UK was instrumental in establishing global organizations such as the World Trade Organization, but because the EU represents all EU countries in this global trade body, the UK’s role has sharply diminished. One cannot help but note the grim irony of the situation—the oldest champion of free trade being sidelined in the world’s largest free-trade forum.

The UK has been a force for good in many international arenas and countries look up to it for leadership on many global issues. Many economic pundits have been saying that economic power is shifting to the east and this century will belong to Asia. If that is so, it is time for the UK to reorient its external economic and political polices, and the leave vote in the UK seems to offer just that opportunity.

The UK has always been an outward-looking country and it can now look further afield and beyond the EU, unconstrained by its rules and regulations. This is the time to take the free trade movement of the UK to the wider world and for the UK to again play a frontal role in international trade and economic institutions such as the World Trade Organization. Not only for its own interests, but also to bring the benefits of its advanced political and economic structures to better serve the wider global community.

There are fundamental differences in approach to life between much of the EU member states on the one hand and the UK on the other. While British society and its political and legal structure is based on the centrality of the individual—personal liberty or individual autonomy—the centrality of the state is at the core of social, political and economic policy-making in most of the EU countries and many of the policies and decisions of the EU reflected this latter focus.

The UK was going along rather reluctantly with certain fundamental policies of the EU that were not compatible with the national character of Britain. The idea that Britain could be at the heart of the EU did not hold much water in this, essentially, Franco-German project. Because of many opt outs and Britain’s half-hearted commitment to the EU project, the UK has gradually been pushed to the sidelines.

The vote to leave will of course have some negative consequences for the UK economy. However, the fundamentals of a successful economy such as a trusted legal system and independent judiciary, stable and relatively clean politics, an honest, professional and neutral civil service, good transportation and communications networks, a liberal culture and global outlook, an ethos of competition and fair play in all areas, and a relatively low crime rate—all of these fundamentals are intact in the UK.

These fundamentals make the UK the envy of the world. Not many countries in the world can boast of all such virtues, and this is bound to assist the UK in continuing to attract foreign investment from all over the world. Therefore, the country needs to overcome whatever malaise it has fallen into and get its act together to make the most of the popular mandate to leave the EU and reach out to the Commonwealth, the English speaking world, and those countries which have similar economic ambitions for themselves.

After all, the EU is a regional project with its own problems. When a country can go global, by-pass the regional layer and act in its best national interests in a free world it should rejoice in the opportunity.

The author is professor of International Law at the University of Leeds, England

Infographics: Support for EU surges in wake of Brexit vote