Imperfect Portugal plots another escape vs. Wales in semi 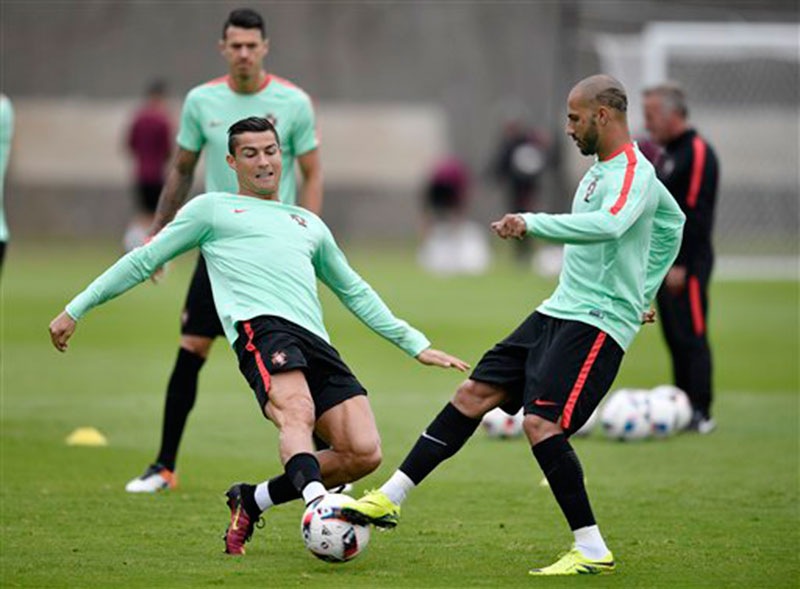 While semifinal rival Wales, along with Germany and France, have all impressed with big wins to deservedly reach this stage, Portugal has only joined them after barely squeaking through each round.

And unless Ronaldo can rediscover his scoring touch, Portugal will struggle to find a way past an attack fueled by Gareth Bale when it plays Wales at the Stade de Lyon on Wednesday.

"I would be bothered if I was at home and they were saying Portugal had played well but was no longer at the Euro," Santos said. "We have a goal and we are doing all we can to achieve it. We are not here to play pretty or ugly.

"We are going to take on an excellent opponent, which has more victories and scored more goals than we have, but we believe we are going to win."

How Santos' side has managed to reach its fourth semifinal appearance in the last five continental competitions is something of a mystery.

Portugal has yet to beat an opponent in 90 minutes of regulation play after five matches at Euro 2016.

Portugal limped into the round-of-16 after three draws, finishing third in Group F behind Hungary and Iceland. It then needed an extra-time goal from Ricardo Quaresma to see off Croatia 1-0 in one of the poorest matches of the tournament. Next came a quarterfinal against Poland that Portugal claimed in a penalty shootout following its finish at 1-1 after 120 minutes.

All told, Portugal has been in the lead for a total of 22 minutes over the course of more than eight hours of football in France.

Yet, here they are, one win away from the final in Paris on July 10.

Understandably enough, Portugal's players are focusing on the product, not the process.

"Criticism gives us more motivation," said midfielder Danilo, who is likely to start against Wales for the suspended Williams Carvalho. "It's not easy, we see it in the news but it motivates us. It makes us determined to prove them wrong."

To assume that credit goes to Ronaldo for Portugal staying in contention is incorrect.

Other than one performance that did meet the incredibly high standards the three-time world player of the year has set for himself, Ronaldo has counted more glaring misses than goals.

Yes, the two goals he scored in Portugal's group match in Lyon were critical to salvaging a 3-3 draw with Hungary and advancing to the knockout rounds. But he has gone goal-less in the other four games, including a missed penalty.

Yet despite all its warts, if Portugal has gotten this far it is because Santos' players have become experts in the art of survival.

The greatest value they have shown throughout the tournament is the mental poise needed to perform error-free as the clock ticks down and the pressure mounts.

On no less than four occasions has Portugal stared at a deficit that spelled elimination; and not once did it flinch as it overcame three one-goal deficits against Hungary and an early goal from Poland.

Nor has it been all gloom on the pitch. Nani and Quaresma have picked up some of the scoring slack for Ronaldo, 18-year-old Renato Sanches is one of the tournament's sensations, and Pepe has played masterfully in defense.

LYON, France, July 6: Portugal will hold its breath until the last minute hoping its best player at the European... Read More...