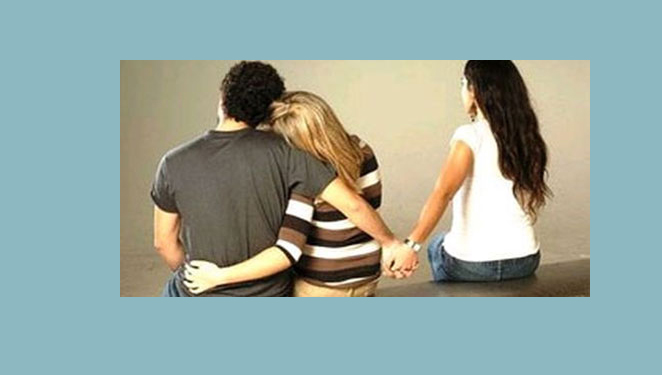 KHOTANG, Feb 8: An illicit affair has left a family ruined in the district headquarters Diktel.

The family was broken after the wife admitted to have conceived a fetus through illicit relationship with multiple partners when her husband was abroad for foreign employment.

Her husband, who returned home on December 20 from abroad, reported to the police after knowing that his wife had a five-month-old fetus growing in her womb.

After a moment of interrogation over the pregnancy by the villagers in a gathering, she admitted to have had affairs with multiple partners when her husband was abroad.

She admitted to have had sexual relationship with one Khatri man, two Acharya men, one Rayamajhi and the other Pariyar man.

Finally, she filed a complaint at the Disrict Police Office, Khotang against duo Aharya under rape and illicit sexual offence.

It is learnt that to settle the case all of the accused were asked to pay Rs 150,000 each but when Acharya duo did not agree to pay the charge, she filed the case agaisnt them.

The pregnant woman is learnt to have gone to Kathmandu for abortion.

Katie Price thought of killing herself over husband’s affair