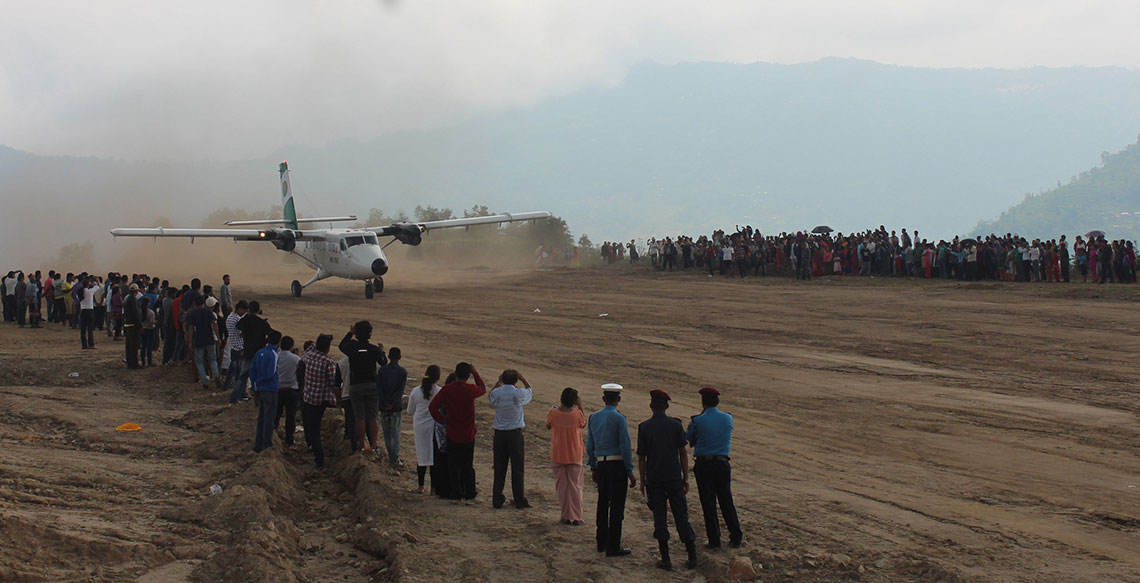 ILAM, Jun 4: Locals knew no bounds of happiness when they saw an aircraft landing at Falgunanda Sukilumba Airport in the district headquarters of Ilam.

A 19-seater twin-otter aircraft of Tara Air, which took off at 11:57 am on Monday from Tribhuvan International Airport touched down at the Falgunanda Sukilumba Airport after one hour and 20 minutes, said Captain Sanjeev Shrestha.

This was the first successful test flight ever carried out by domestic airlines after the airport was built in Ilam district. Despite the rough airport surface, we did not face any problems during the test flight. The structure and the hills surrounding the airport also are favorable for the flight, described Shrestha. District Coordination Committee Chief Ganesh Prasad Baral, heads of district level political parties and the representatives welcomed the flight crew with garlands amidst applauses by the locals who had gathered near the airport to see the test flight.

The test flight was carried out 16 years after the airport construction was initiated.

The airport is 680 meters long and 30 meters wide.

Rs 100 million has been allotted for the runway construction while Rs 70 million has for the road building right below the airport. The Civil Aviation Authority of Nepal (CAAN) has shared that around Rs 180 million has been spent for the construction of the road so far.

An additional Rs 150 million is required to gravel and blacktop the Falgunanda Sukilumba Airport, said Engineer Pushpa Neupane. Terminal building construction and fencing are yet to be done.

Stretched in the area of 328 ropanis of land, the foundation stone for the airport construction had been laid down by then Prime Minister Jhala Nath Khanal on March 27, 2011. 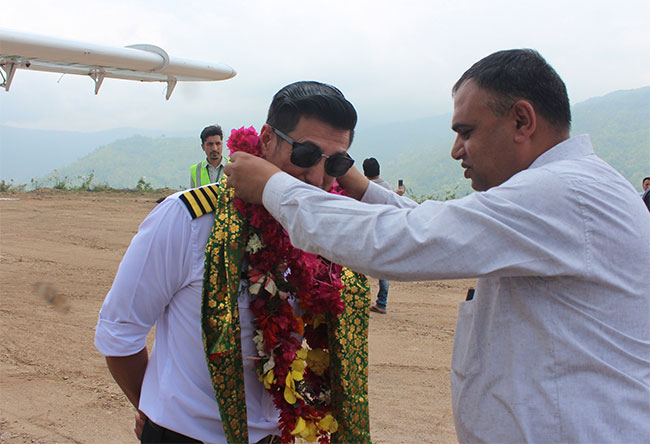 Province 5 members to see hefty hike in their allowances

BUTWAL, July 30: The members of the Province 5 assembly are all set to see hike in their pay and will... Read More...