Ilam farmers not getting right price for green leaves: Study 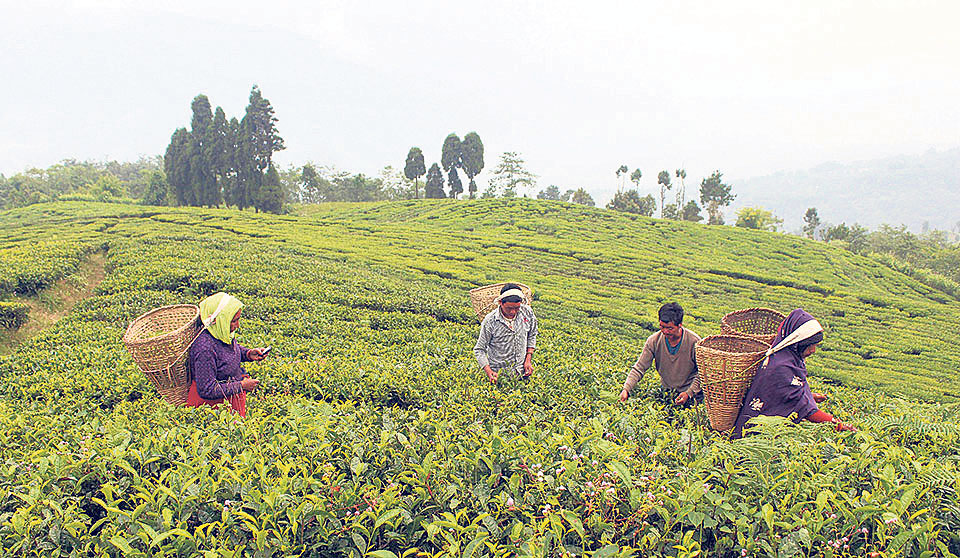 ILAM, May 8:Cost of production of green tea leaves in Suryodaya Municipality of Ilam is Rs 37.31 per kilogram, a recent study conducted by Nepal Tea and Coffee Development Board shows.
The board had conducted the study together with Suryodaya Municipality following complaints from farmers that return from tea farming is minimal compared to high investment.

The study concluded that cost of production of green leaves, which includes cost of fertilizers, harvesting, wage of workers, and bank loans, among others, exceeds the amount that farmers get by selling green leaves to industries.

Though farmers get as much as Rs 90 per kg for leaves plucked during first flush, price falls to as low as Rs 25 per kg in other plucking seasons. Due to such a huge difference in price of green leaves during first and usual harvests, farmers have not been able to recover their investment.
According to Bivek Bhandari, agro technician with the board, average cost of production was deducted by calculating all the investments that farmers make until harvesting.

Rana Bahadur Rai, mayor of Suryodaya Municipality, said it was worrying to note that farmers are earning far less than what they invest in tea farming. "It is clear that farmers are suffering loss," Rai said, adding that the municipality has been telling tea industries to ensure that farmers do not face loss while producing green leaves.

"After conducting the survey, we have come to a conclusion that farmers should get at least Rs 40 per kg to recoup their investment," Rai added. "Small-scale industries have already agreed to fix price of green leaves at around Rs 40 per kg. We are hopeful of forging consensus with large-scale processing plants on our proposal," he added.

The municipality is also forming a committee to monitor whether or not tea processing plants are implementing the minimum support price. "The committee will have representation of farmers, tea industries, representatives of board and local units. We are hopeful that every party will support the plan to enforce minimum support plan as it will be beneficial for all," Rai added.

Suryodaya Municipality is the capital of team farming in the country. Farmers here produce eight different varieties of tea.

In Pictures: Protest against Citizenship Bill
9 minutes ago