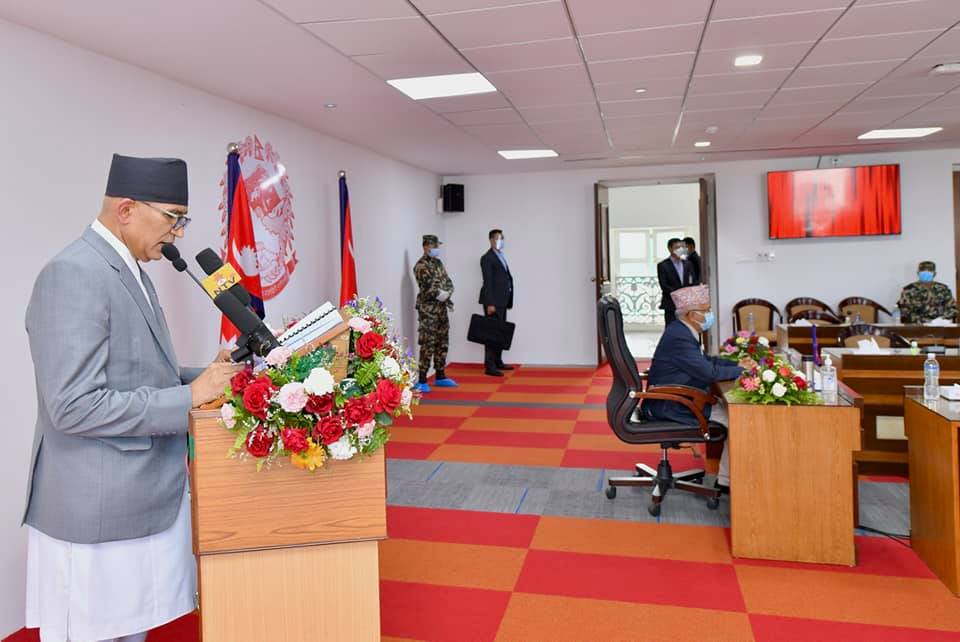 KATHMANDU, May 29: The government has unveiled a budget of Rs 1.647 trillion, introducing a number of populist programs, despite the widespread concerns from various fronts not to launch such programs at a time when midterm elections have been announced.

The total expenditure estimate was presented by Finance Minister Bishnu Prasad Poudel on Saturday at the Office of Prime Minister and Council of Ministers. Despite cautions and protests from various quarters, the government came up with a ‘full budget’ through an ordinance.

Owing to the hefty expenses needed in health care programs to tackle the pandemic and relief packages to revive the affected sectors, the government has raised the budget size by 11.73 percent, compared to the budget of 2020/21. The government has allocated a budget of Rs 1.474 trillion for this year.

The budget has allocated a total of Rs 122 billion for the health sector, citing the ongoing health crisis created by COVID-19. Likewise the budget for the agriculture sector has also been increased to Rs 45 billion.

The budget however tends to rely heavily on foreign aid to fund its announced programs, many of which are populist programs like increasing social security allowances including the senior citizen allowance and raising salaries of the government employees.

According to Finance Minister Poudel, of the earmarked expenses, the government will manage Rs 1.024 trillion (62 percent) from revenue mobilization while Rs 63.37 billion will be generated through foreign assistance. The government has considered expansion of tax bases and minimization in revenue leakages for raising funds through government revenue.

KATHMANDU, May 27: Former finance ministers and former vice-chairmen of the National Planning Commission (NPC) have cautioned the government that a... Read More...

Each province to have two medical colleges
40 minutes ago