We need to play four-day matches to improve ourselves: Rohit Paudel 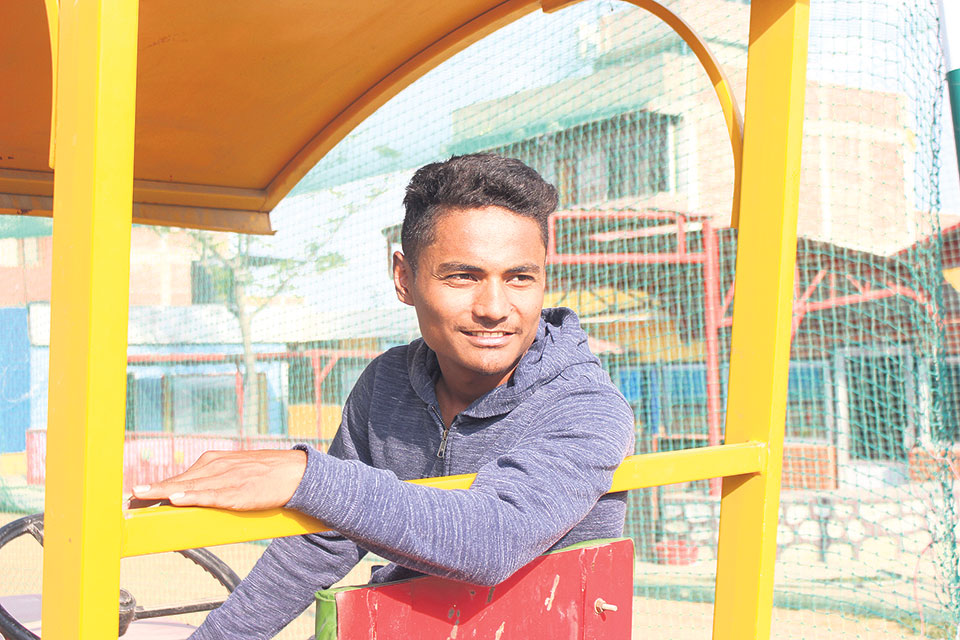 Nepal secured the ODI status in the ICC Cricket World Cup Qualifier. How did you feel in that moment?
It was a special moment for me. I was playing my second tournament for Nepal senior team. I have been working hard for this since last six/seven years. This win is for the entire country more than anyone special, friends or family, in my life.

Did you have any plan on how to get selected in the senior national team?
It was only four or five years ago when I finally started playing cricket seriously. It was all tennis-ball stuff before that. I knew I was playing well but never thought I would end up in the senior national team. I was surprised. Back then, when I was selected for U-19 national team, I still remember my debut match was against India in Asia Cup (2016). I only wanted to score as many runs as possible in that particular over. I was hitting well in that match and I scored 24 in Kamal Nagarkoti over. It boosted my confidence and then followed a good Everest Premier League (EPL) stint, which ultimately paved my way to the national squad.

Any particular person who helped you develop as a cricketer during your early years? And how did you feel when you first got the news of selection in national team?
My family has always been quite supportive for me when it comes about cricket. My elder brother helped me a lot in the beginning. They sent me to Kathmandu where I joined Baluwatar Cricket Academy. Sunil Lama Sir helped me there. I practiced hard for two years in the academy. I played club games and T20 tournaments. My elder brother was the first to inform me about my selection. Everyone in my family was very excited at the moment.

How do you describe the experience of finally playing for the national team?
It is really a different experience playing in Division Two and against the Test nations in ICC Cricket World Cup Qualifiers. It was a great feeling sharing the dressing room with senior players like Paras Khadka, Shakti Gauchan and Basant Regmi. It was really a huge opportunity for me. When you are representing your nation, you feel added responsibility as well as pressure.

Is that the reason you had to tone down your natural instinct of playing aggressive cricket?
It was more of situations actually. There is no pressure-free situation in an international match. The game conditions are huge factors as well. For example, in Namibia, the pitches were bouncy, which was not very helpful for batsmen but in Zimbabwe it was comparatively easier to bat. For the associate players like us, every match is like playing a final. There is rarely a situation where you can express yourself. You have to play according to the requirement of the team and game-plan.

How does having seniors at this level help you approach matches and what about the role support-staff play?
Seniors have the experience of 10-15 years playing at this level. They always want to help you do well for the team. They share their invaluable experience. We can bat or bowl in a match but it is seniors who guide us to respond properly according to the certain situation.
Also, support-staffs play a key role in enhancing our skills and rectify our mistakes. They show us the video of other teams and ours and pinpoint our past mistakes or if we underutilizing our strengths.

Are you happy with your role and position? Can you contribute more for the team batting at top order?
I want to bat at top order. But it all depends on my performance. The coach and captain will analyze my game and eventually provide me with the opportunity at top order if I can keep doing well for the national team.

You have been successful as a cricketer at a very young age, how do you plan to balance the study and career?
I am not thinking too much right now. My dad and brother are supporting me for the time being. I am only concentrating on cricket for now. Yes, we need association or board for a longtime future where we can be secured financially too.

You have batted at middle and lower order all these time for national as well as domestic teams. Yet, you managed to make it to the national team in spite of not having big milestones like centuries to your name. Do you think Nepal has good talent pool?
Monty Desai [former batting consultant for Nepali cricket team] has helped me a lot. He made me understand my role for the team. If you can make 35-40 runs batting down the order in crucial situation that is more valuable than 80-90 runs at top of the order. There is no use of centuries if you can’t help your team win. Understanding your role is
important.

First, you were involved in promotion battle in Divison Two, then a quest for World Cup as well as ODI status. The big question now, what is the secret behind playing many nerveless innings in crucial situations in your debut tournaments?
If you are aptly prepared, you don’t feel pressure during matches. You need to have good practice sessions under your belt. It always takes 10-15 balls until you get settled. Then you can play your natural game. It is all about mindset. It also helps batting with Dipendra Singh Airee and Aarif Sheikh, with whom I have played in past. You can steal quick singles by eye-contact. It is really important that we prepare better.

Also, one or two months of preparation is just not enough to win every game we play. The squad needs to play regularly for more than five months to really reach a level of execution where we can win consistent matches in good ground facilities and wickets. We have the potential but we need to play more matches.

ROLPA, Aug 11: Speaker of the parliament Onsari Gharti Magar on Thursday stated that there is no alternative to amending... Read More...