The government, other agencies concerned and aid seems mostly targeted to those places only where journalists first visited and made those places ‘viral’ in social media and news channels.

KATHMANDU, July 6: Lakpa (name changed) was recently airlifted to the Kathmandu Valley – where lies the federal capital of the country – from her village Melamchi Ghyang in Helambu Rural Municipality-1. She was a pregnant woman and had to charter a helicopter just to get her baby delivered. Private helicopter companies charge more than Rs 100,000 for a chartered flight of around 15 minutes to the Valley. For a majority of the people living in the Himalayas with limited resources, Rs 100,000 is a huge amount to pay.

“Helambu Rural Municipality is only 80 KM away from the capital city but here we are chartering helicopters seeking hospital treatment,” Lakpa lamented. “Only if we had roads connecting cities and only if development activities were not centered in the capital, I would probably be telling a different story.”

Lakpa’s story is just the tip of the iceberg. There are many others who flew to the capital in the same manner. Just yesterday, two persons flew to Kathmandu seeking medical treatment and they did not do it willingly. People are compelled to fly to Kathmandu after experiencing even some minor health problems thinking prevention is better than cure.

Helambu Rural Municipality and Melamchi Municipality have been largely hit by devastating landslides and floods. People living in both the upper belt and downstream, have equally suffered from this catastrophe. But, the government, other agencies concerned and help seems mostly targeted to those places only where journalists first visited and made those places ‘viral’ in social media and news channels.

People living in upper belts like Melamchi Ghyang, Tarke Ghyang, Nakote and surrounding small villages have remained disconnected from the rest of the world for almost a month now. There is no electricity and no communication networks. Roads, human trails, bridges and settlements have been washed away. And, the worst is the health problems.

So far six people have been airlifted to Kathmandu from Melamchi Ghyang alone due to medical emergencies. Of them, many would have recovered only if they had received simple treatment in the village. Many fear further complications and rush to Kathmandu. They do not take risks and pay helicopter fare which usually costs more than the entire treatment costs. 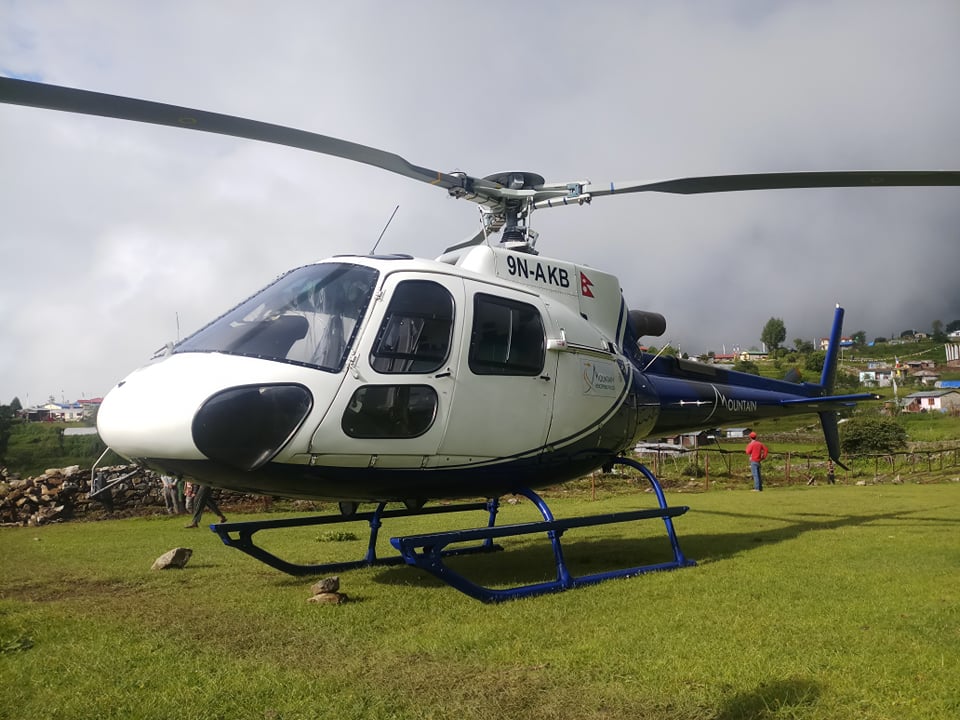 Most people of Helambu do not have their own houses in the capital. They have to rent rooms or hotels. Besides travel, there are lots of other costs to cover. There is almost no chance of treatment for those who are poor and cannot afford to charter a helicopter in case of medical and other emergencies.

Students and other people who have to come to the capital are compelled to walk for more than two days. And, it can take days for a sick person.

The situation seems to get worse in the coming days as the monsoon is getting active day by day. During cloudy days, helicopters also cannot land in the Himalayas due to poor visibility. It seems impossible to reconstruct all the destroyed infrastructures and connect Helambu to the rest of the world by road any time soon.

RASUWA, July 24: All the parts of the helicopter of Manang Air that met with an accident at the helipad... Read More...

KATHMANDU, Feb 7: Helambu Rural Municipality in Sindhupalchowk district, which is located some 80 kilometers away from the federal capital... Read More...