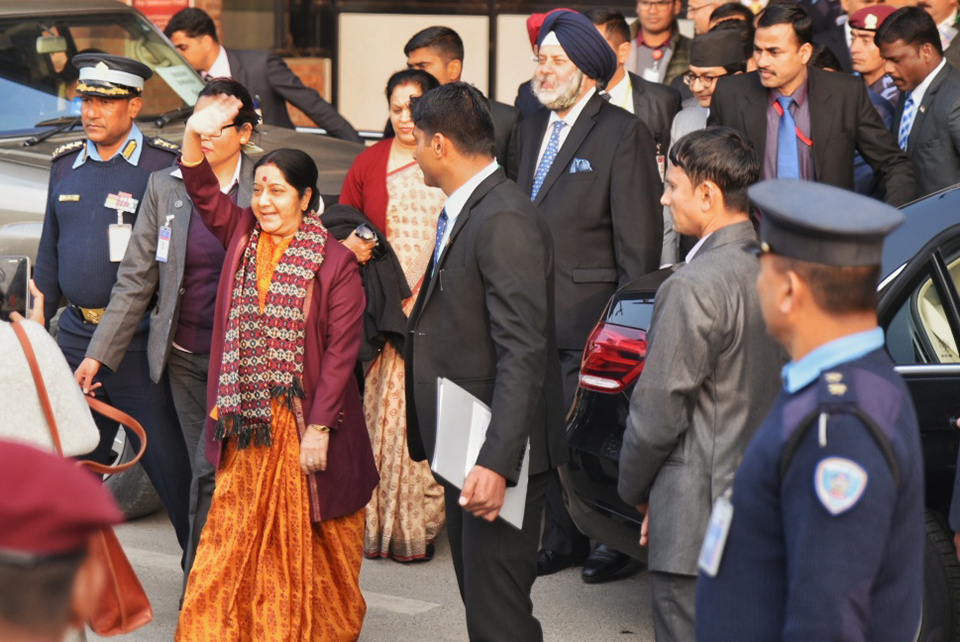 Swaraj arrived on a two-day official visit to Nepal as a special emissary of Prime Minister Narendra Modi on Thursday evening.

Indian filmmaker and director Subash Ghai is all set to visit Nepal in April. He expressed his plans to visit... Read More...

COVID-19 Wave II: Where will Nepal go?
22 hours ago
US asks its citizens not to travel to Nepal amid rising cases of COVID-19
13 hours ago

35 killed in Gaza, 3 in Israel, as violence escalates
21 hours ago