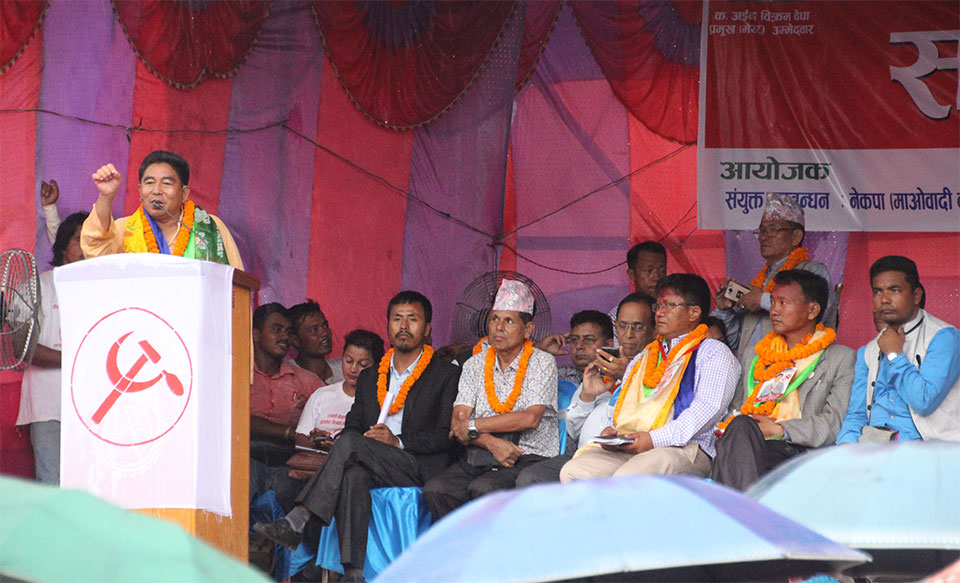 DHARAN, June 24: Senior leader of the Federal Socialist Forum Nepal (FSFN) Ashok Rai said that the constitution has completely overlooked the identity even though it is the central issue of the current political gamut.

Addressing a mass meeting organized by a nine-party alliance including the CPN (Maoist Center) at Bhanuchowk in Dharan on Saturday, Rai said despite most of the political remained positive toward amendment of the constitution, it hit a snag due to the obstructive role played by CPN-UML.

Meanwhile, Rai accused the UML of standing against the national unity and always remaining as a stumbling block to current political outlet.

Meanwhile, Rai said that the constitution should respect and preserve all the nationalities, languages and cultures without discrimination.

Politics matters the most when people start forming their identity around politics or to politicize the non-political ... Read More...

KATHMANDU, Oct 31: Federal Socialist Forum Nepal (FSFN) has unveiled its list of candidates for the House of Representatives and... Read More...

NRNA to provide scholarships to 5,000 students
16 minutes ago

Nobel Prize in Physics awarded to scientists Aspect, Clauser and Zeilinger
46 minutes ago