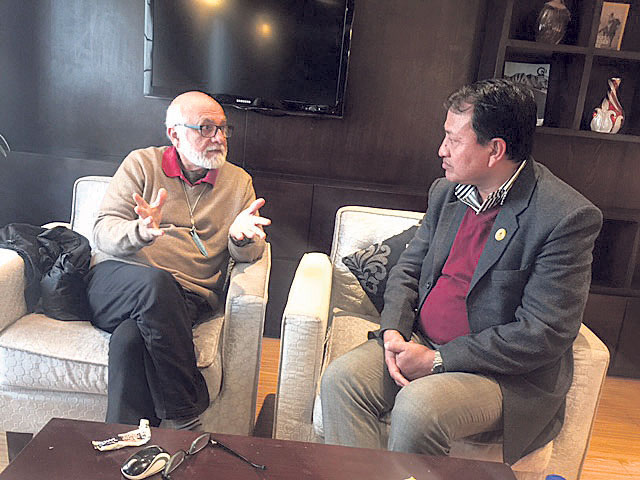 KATHMANDU, Jan 30: The National Sports Council (NSC) Member Secretary Keshav Kumar Bista on Monday claimed that the long-running dispute in Nepali cricket is likely to be resolved soon saying that their talks with the representatives of the International Cricket Council (ICC) has made significant progress following the ICC members arrival in Kathmandu on Saturday.

The ICC team led by the Deputy Chairman Imran Khawaja, held talks with representatives of the concerned bodies to resolve the dispute in Nepali cricket. The visiting team returned from Kathmandu following the meeting on Monday.

The ICC advisory committee, who held separate and joint discussions with all the concerned bodies of Nepali cricket, met with Bista on Monday. “All the bodies are positive toward resolving the row. We invited the ICC team only after they showed their readiness for flexibility to end the long-running dispute,’’ said Bista adding, “The ICC representatives are excited about their Nepal tour. If we become honest with the agreements made so far, the ban on the Cricket Association of Nepal (CAN) will be lifted by June this year.’’

The negotiating team coordinator representing Nepali side, Binaya Raj Pandey, including members Pawan Agrawal, Chatur Bahadur Chand, Ashoknath Pyakurel and Rohit Dahal were present during the talks with the ICC representatives on Sunday. Chand is the elected CAN president and Pyakurel is the general secretary.

Cartographer and scholar on border issues Buddhi Narayan Shrestha brings with him 27 years of experience working in the government’s... Read More...

Measures to continue paragliding business in Pokhara will be explored: Minister Shrestha
55 minutes ago