I will lead the district to prosperity: Sanjay Gautam 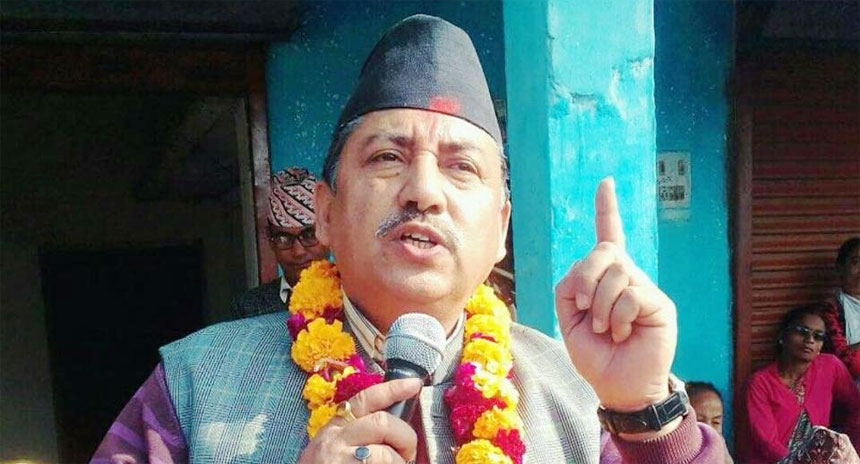 How do you feel after winning?

In 2013, I secured my first victory in the Constituent Assembly elections from the same constituency. I am pleased to see that my voters are still loyal to me and assigned me this role once again. However, my victory has not just elated me but has also added pressure on me not to let the love and support of so many people go in vain.

What is your first priority after the election?

The base of my victory is my agendas. So, I will be fulfilling them but following a due process. Besides infrastructural, economic and tourism development, addressing the issues of squatters and freed bonded laborers fall under my priority list.

What are your major agendas?

Prosperity of my district is my major agenda. Agriculture is the main occupation of the people here. So, I will be making efforts to professionalize farming by adopting new and scientific methods. I am aware that Bardiya has lots of prospects of development and now it's my duty to identify and utilize all of them.

How were you able to crush your strong opponent without any coalition?

My victory reflects the desire of the voters. People cast votes for the candidates whom they trust regardless of the party.  Locals of Bardiya know how much love I possess for my land and the people here.

It is said that development is not possible under the government of the left alliance.

What's your take on that?

It is not right to create illusion among people by spreading false rumors. I urge people not to believe in such rumors as no one is going to stop me from doing what I want to. I urge my people to be calm as I will deliver all of my promises in time.

As told by some people, you took advantage of your post as a minister during the election campaign? How true is that?

I am not someone who does things to impress others. I do it because I mean it. It's true that I was more active in development works as a minister than as a lawmaker but that's because I had more authority at that time. I didn't have to spend millions of rupees to impress my voters as my works were enough for it.

What were your major accomplishments as an irrigation minister?

I think my work as an irrigation minister earned me this victory. During my tenure, I established an office to control the flow of rivers to mitigate the risk of inundation. I even took initiative to distribute six million rupees for solving the problems of flood victims.

What do you want to say to your voters?

I would like to thank all of them for their love and support. I hope they will keep showering me their blessings. With this, I would also like to assure my voters that I will lead this district to the path of prosperity and development as promised.

Ramiz Raja to venture into film-making, Sanjay Dutt to play the lead role

Former Pakistani batsman and cricket commentator Ramiz Raja on Thursday said that he would make a film and has already... Read More...

DHARAN, Dec 19: Shiva Ram Shrestha and Sanjay Lama are jointly on top after the first round of the Surya Nepal... Read More...

12 people, including four foreigners, trapped in Tumling of Namkha
49 minutes ago