I think it's a goodbye, says Hazard 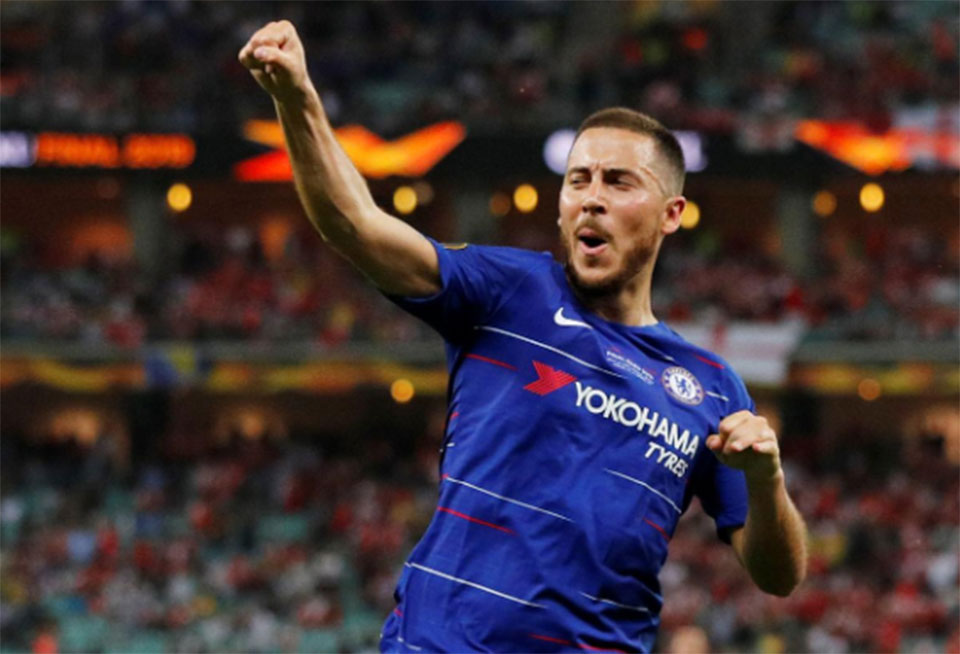 BAKU, May 30: After scoring twice in Chelsea’s 4-1 win over Arsenal in the Europa League final, Eden Hazard said it was the moment to call time on his magnificent career with the London club to seek new challenges.

The Belgian is widely expected to join Real Madrid and he capped a superb display against Premier League rivals Arsenal by converting from the penalty spot to make it 3-0 before adding the fourth to complete the rout.

“My dream was to play in the Premier League and I did it for seven years. I think it’s a goodbye,” Hazard told BT Sport.

Chelsea had broken the deadlock in the 49th minute through former Arsenal striker Olivier Giroud and Hazard created the second goal for substitute Pedro.

“It was good. The first half both teams had a bit of stress because it was a final. But when Olly (Giroud) scored it was the beginning of a great night,” Hazard said.

“We played well in the second half. We tried to play our football and we knew we had the players to do that. It is a great trophy to win.”

Hazard, 28, joined Chelsea from Lille in 2012 for 32 million pounds and won the Europa League in his first season, later winning the Premier League title in 2015 and 2017 as well as one League Cup and one FA Cup.

Real Madrid have not tried to hide their desire to sign the Hazard, with president Florentino Perez admitting this week that he has been chasing his signature for years and expects to land the Belgian this summer.

BAKU, May 30: Eden Hazard scored twice and created a third to steer Chelsea to a 4-1 victory over London rivals... Read More...

May 28: Eden Hazard has said that victory in Wednesday’s Europa League final against Arsenal would be a fitting way... Read More...

Govt, ASDP and NACCFL sign deal for capacity buildings of cooperatives in Karnali
27 minutes ago