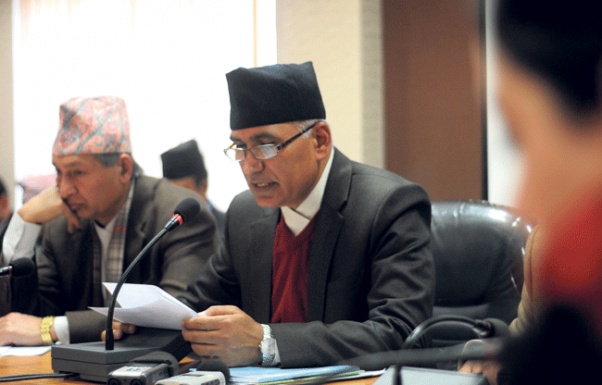 KATHMANDU, May 6: General Secretary of the ruling Nepal Communist Party Bishnu Paudel has said that he is ready to face any action if found guilty in the Lalita Niwas land grab case.

Paudel made the remark during a session of the House of Representatives on Monday. "I wish there would be a serious investigation into the Lalita Niwas land grab case and bring the truth to the public. I demand those involved in this case be punished in accordance with the law," he said adding that he is ready to face action if found guilty.

Earlier last month, it was reported that NCP General Secretary Paudel was among those owning controversial land at Lalita Niwas. Lalita Niwas was duly acquired by the government and controversy arose after land on the premises was illegally transferred to the names of private individuals.

Paudel is found to have purchased 8 aana of land at Lalita Niwas through a businessman and the so-called land-mafia, according to investigation officials. The land purchased by Paudel is in the name of his son, Nabin.

The government last month barred transactions in 113 ropani and 3 aana land at Lalita Niwas, including the plot owned by Paudel, after it was revealed that all the  land there was transferred illegally by some individuals in collusion with officials at Dilli Bazar Land Revenue Office and the District Land Reform and Survey Office, among others.