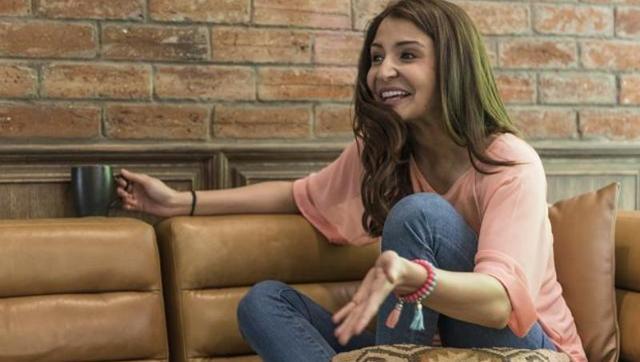 After perfecting on-screen chemistry with Ranbir Kapoor in Karan Johar’s blockbuster Ae Dil Hai Mushkil, she has revealed that she’s closer to Ranbir than Ranveer Singh

Not only that, the star, recently said that marriage was on cards, Pinkvilla reported.

Speaking during an interview the star said, “I’m closer to Ranbir because we recently worked together. We have a good understanding between us… also during a bad time you become better friends because you have company since we did Bombay Velvet together, which was a flop so we became closer.”

When asked to make a choice between the two actors, the actor chose Ranbir over Ranveer.

“Ranbir has definitely gotten more opportunities with films like Barfi!,Rockstar and Rocket Singh. So it won’t be fair to judge the actors right now,” Anushka added.

Speaking about Ranveer’s overzealous nature, the PK actor said, “When Ranveer Singh comes down from the hyperactive persona of himself and does films like Bajirao Mastani… it stands out.”

Anushka is currently working with Shah Rukh Khan on The Ring. The film is slated to release on December 8, 2017.

Rumor has it that Ranveer Singh and Kareena Kapoor Khan will share screen space in a forthcoming Karan Johar film,... Read More...

Mumbai: Bollywood actress Sunny Leone, who launched her own mobile app here on Wednesday, said she would be interested to... Read More...