I lost my sight but gained vision: Sristi KC 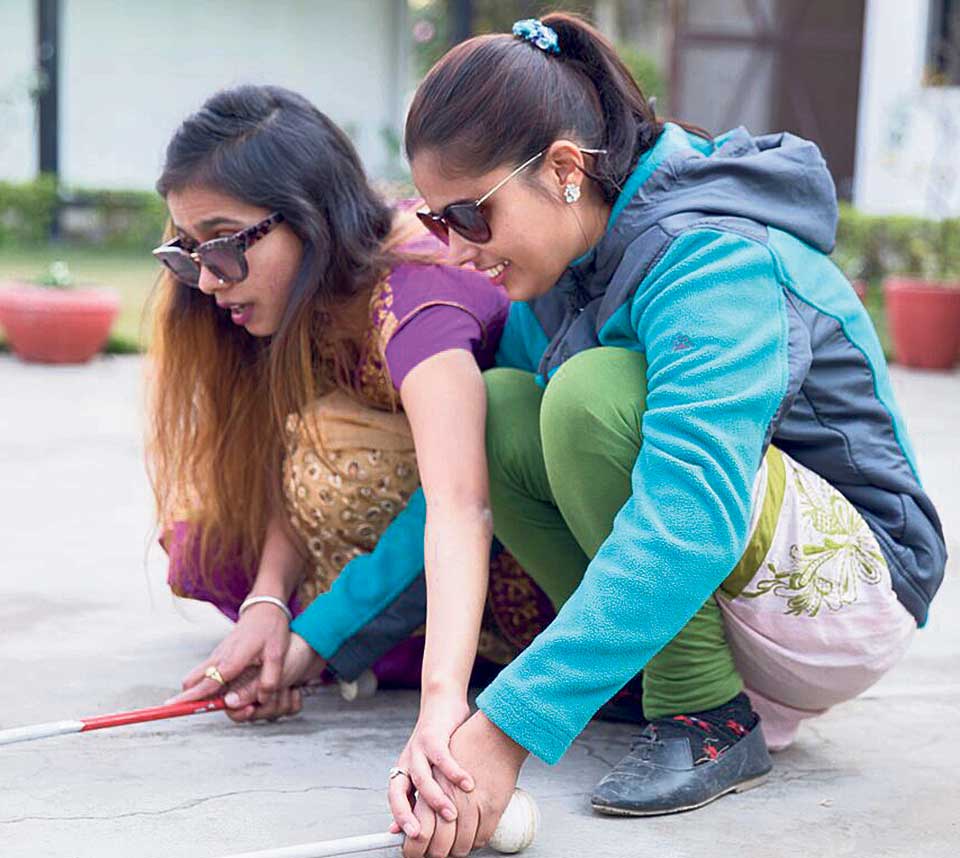 What should have been a sweet sixteen turned into a bitter nightmare but what birthed off it was the most extraordinary thing to have ever happened to Sristi KC who lost her sight to a bad case of an eye-medication overdose at the tender age of 16. What was a life of color abruptly turned into an abyss of darkness that made no sense to the teenager. Why was it that light was sucked off her life and all she had now was an asphyxiating pitch-black embrace?

KC was listless. “The society wanted to give its verdict on my capacity. I had too many whys, don’ts, and cant’s thrown at me. I was never the one to choose immobility and silence so I figured I had to be rescued from this pit they were throwing me into. But very soon I realized that no one would come to my aid and that I had to be my own savior, that I’d have to be my own hero,” she says.

It was this self-drawn conclusion that led her to complete her Masters Degree in Ethno choreology (a study of dance through various disciplines) in Europe where she was the only visually impaired person to pursue the degree. She is now a professional dancer, motivational speaker, freelancer trainer, an advocate for the needy and definitely a harbinger of change. She firmly believes that despite the circumstances anyone can take the reins of their lives in their own hands. “All you need is the awareness that you will have to save yourself, that nobody will do it for you,” she adds.

As a dancer, she was well acquainted with the liberation art brought to one’s soul and thought that it was the only way through which the lives of many blind individuals could reestablish its purpose. “I never perceived my sightlessness as a disability. My art never allowed me to. I wondered what this awareness would do to other visually impaired people,” she says adding that she felt this need to help people like her see beyond the darkness.

And, hence, Blind Rocks came into being. KC says she chose the name Blind Rocks because “being blind was never a disability, to begin with”. It’s an attribute, one that should be embraced and challenged, she says. KC even went so far as to take courses at Gandhari International in Varanasi, India, to familiarize herself with operating an organization.

Now, Blind Rocks works for the rehabilitation of the visually impaired citizens of Nepal and across the globe. It took shape in the year 2013 and for the last five years has unceasingly worked for the rehabilitation of those in need. By channeling art and basing it as a medium for expression, KC wished to create an outlet that could help people with certain disabilities to communicate. Blind Rocks organizes workshops for dance and fashion classes, distributes books and other essential stationeries to small dilapidating schools that are resource-less, aids in small-scale startups and also distributes Braille products to visually impaired communities.

Though it primarily aids the visually impaired, it has never shied from reaching out to street children, orphans, HIV inflicted persons, the elderly or any individuals who have fallen victims to circumstances or disabilities. Blind Rocks also has a branch in the United Kingdom and it follows the working pattern of its sister organization back home. Recently, Blind Rocks also organized Mr. and Ms. Diva 2018, a pageant show exclusively for blind individuals of the country. Contestants flocked from all corners of Nepal and 36 made it to the final.

The pageant was among a string of events to facilitate the blind populace of the country. “Blind people are often subjects of pity and sympathy. This sets limits to their abilities and disqualifies them as able citizens. We wanted to break this perception. We wanted to show blind people as beautiful people by giving them exposure through music videos and fashion shows. This pageant came as the perfect platform,” says KC adding that beauty isn’t about glamor as much as it is about confidence. “We are all good and complete, not damaged and incomplete,” she says.

The show got support from people from all walks of life. The excitement was like nothing the team of Blind Rocks had ever experienced. Among the myriad of prizes, one of them was for “Best White Cane Pose” which was an attempt to appreciate the blind-lifestyle and to negate all perceptions of pity and disability.

Blind Rocks has been tireless in its efforts and perhaps its persistence rides on the incessant positivity and motivation of its founder. KC now has plans of setting up an art school for the visually impaired because, for her, art is the greatest balm to any pain and a step towards being one’s own hero. 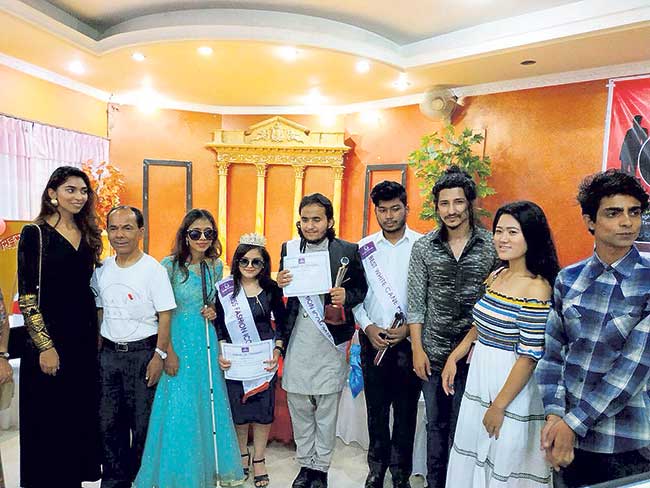 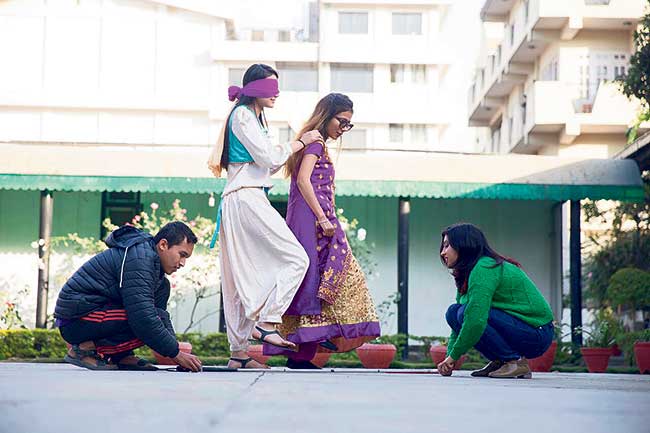 On March 16, 12 models walked the ramp for a fashion show at St. Xaviers’s School in Jawalakhel, Latipur. The... Read More...

24 killed in stampede on Ganga bridge in Varanasi

CHANDAULI, Oct 15: Twenty-four people were killed and 50 injured in a stampede on an overcrowded Rajghat bridge on the... Read More...