'I insisted on driving but the secretary didn't let me' 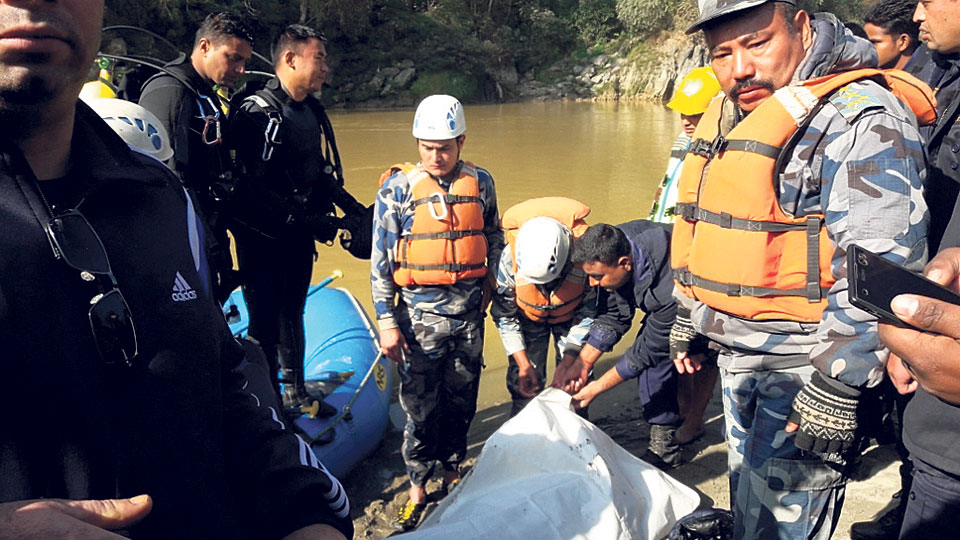 KATHMANDU, Feb 11: Driver Niranjan Yadav is the sole survivor of the jeep accident that claimed the life of Secretary Ramananda Prasad Yadav of the Ministry of Irrigation on Saturday morning. Yadav, along with his son Santosh and another passenger Unnati Gupta died on the spot.

Thirty-one-year-old driver is currently undergoing treatment in the Trauma Center of Bir Hospital in the capital. He has been admitted to the emergency ward of the hospital.

When Republica reached the hospital to meet him, Yadav was not in a condition to speak properly. He could barely speak but was answering some of the questions with much difficulty.

According to him, they had gone to Kapilvastu on February 4 for some personal work of the secretary. They then set out to return on Friday after completing the work.

“We started drive back to Kathmandu on Friday night at around nine. While I was driving the jeep initially, Secretary Yadav insisted on driving the jeep himself. So he took over the control from Chanauta, telling me to get some rest,” said Niranjan Yadav, who has been driving the jeep for the past one year.

Niranjan said he requested Secretary Yadav to let him drive after arriving at Narayangadh. “I requested him to take some rest but continued driving saying that he would hand over the wheel after he gets tired.”

Talking about the accident, he said, “I fell asleep with others while the secretary was driving. I woke up and found myself floating in the river. I panicked, called for help, and luckily managed to swim ashore. Then I looked for the jeep and the people inside, but found nothing.”

He was then taken to a hospital in Malekhu and brought to the capital for further treatment.
He could not give any account on how the accident took place as he was fast asleep. Doctors involved in his treatment said his abdomen is clogged and requires surgery.

Let me tell you