I have not done anything wrong to be afraid of: Chand 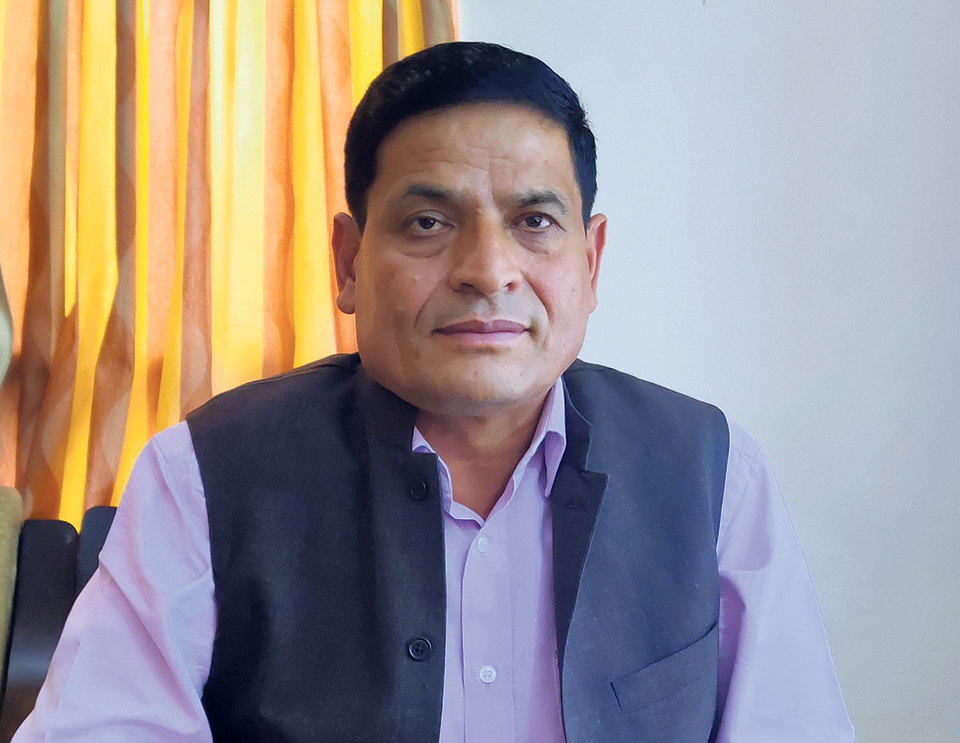 KATHMANDU, Sept 21: The president of elected body of Cricket Association of Nepal (CAN) Chatur Bahadur Chand is among the candidates set to contest for the presidency of new central working committee in the elections scheduled for September 27 and 28. The election that was deferred earlier was fixed as the International Cricket Council (ICC), Independent Panel and National Sports Council (NSC) agreed on the dates on Monday.

Elections of the central working committee will be conducted in Kathmandu and overseen by the Panel formed under the provisions of the statute of the CAN.

Chand remains determined that the issues regarding CAN were dragged into controversy and stretched unnecessarily accusing the rivals of working at the vested interests from other sections of stakeholders in Nepali cricket.

“We have complained to the Panel for making Nepali cricket a hostage. We (elected body of CAN) had passed the new statute as it is. After that the CAN should have been reinstated according to their previous statement. But it was delayed unnecessarily. It’s been two years since we passed the statute. Still they dragged the process,” he complained.

“We compromised on everything such as our voting rights and membership opportunities. We were ready to even hold mid-term election and we withdrew the case from the Supreme Court. I have not done anything wrong to be afraid of. We are still in strong position to lead the CAN again,” Chand told Republica.

He further stated that the recent delay of a week was the part of the same problem of the ego of an individual rather than on best interests of cricket.

“The seven-day delay was absolutely an unnecessary drama created by the council to nominate its representative. Spending around to Rs 500,000 during this week was just because of one person’s ego and no other valid reason is there. That could have been done in a phone conversation but CAN’s money was spent for no reason at all.”

In current context, ICC’s membership criteria have been radically modified from its past edition. Nepal may need to build few international grounds, promulgate the strengths and networks of CAN and promote intellectual work force to convince the same.

Chand believes that ICC has grown a strong foothold on Nepali cricket in the absence of CAN and it will be difficult for the national body to re-establish the trust Nepal had once.

“At the moment CAN or Nepali cricket can’t bypass ICC in any matter. The international body has a good hold in our cricket now. But that doesn’t mean everything they say should be followed in Nepal. Like we fought for statute, we will have to do it again in other matters as well. They will have to convince us and vice versa,” he added.

He further stressed on building a good relationship with ICC and improving the relations between the two governing bodies.

“We will not ask fund to work. We will work first to ask for a fund later. It can be for good tournaments or better coaches or projects that can help Nepali cricket. First, the mutual trust between the two sides needs to be revived,” he explained.

Chand vowed to make the elections free from controversies. Any government interference may result in permanent ban.

“We want to warn anyone who has ill-intention to further drag Nepali cricket in controversy of consequences. We are aware of every method that is used in elections, from buying or intimidating voters.”

He claimed to be quite confident in getting support of majority votes in the election. Altogether 59 representatives are eligible voters.

“I was elected securing 85 percent of votes in last election, and these are the same people who supported me, how it can change now. I am constantly in touch with them this time as well.”

He stated that, if he is elected for second term, the first assignment would be announcing open contest for Chief Executive Officer (CEO) and Finance Manager followed by Provincial Development Officers based on different regions for the CAN.

He argued that president alone will not run the CAN and that it should be run in an institutional way by a team of capable professionals.

According to Chand, in new structure, CAN will just work as a coordinating body. In fact, provincial units will be the effective cricket bodies. They will take Nepali cricket forward. A domestic structure from club level to senior level combining districts to provinces which will help establish Nepal A and B teams to help the senior side.

“My vision is clear. I will make sure to that experts suggestions and ideas will be wholeheartedly entertained from individuals and companies. At the end, Nepal cricket should get benefit from the ideas. We will start two-day and one-day games from onset. The provincial tournaments will get special attention to make sure provinces get stronger,” he added.

Similarly, he also promised to introduce grassroots projects to identify unknown players from every nook and corners of the country who might represent Nepal afterward.

“Current T20 leagues will be assessed and will be provided approval accordingly on the grounds of importance and necessity. We know its contributions to keep our cricket going.”

However, the upcoming CAN body will organize a flagship Nepal Premier League with sole aim of economic development of the game keeping player’s wellbeing and adequate livelihood on priority.

KATHMANDU, Sept 28: Chatur Bahadur Chand has been elected the president of Cricket Association of Nepal (CAN) on Saturday. ... Read More...