KATHMANDU, Feb 28: Tourism Minister Rabindra Adhikari heartily accepted to come to our weekly Frontline live show on January 30. He came to our office at around 6:30 pm for the 7 pm live show. The show focused on wide-body aircraft procurement scam, fake rescue claims and other aviation issues. Those who watched the program only wanted to hear the minister talk about the wide-body investigations. Minister Adhikari promised to bring out the truth of the wide-body purchase in two-three months.

After an hour-long show he talked about how the tourism minister is bullied, hounded and even threatened by various interest groups. Minister Adhikari shared the kinds of threats he received from people who were bent on kicking him out from the Tourism Ministry. “They first come with lots of money and if that doesn’t work then they resort to threats,” Adhikari shared with us that day.

We then started talking about the wide-body investigation. A parliamentary committee had implicated him in the case. “People will slaughter me if I go to media with this but I honestly did not have knowledge about when the second and third installments for the wide-body planes were sent,” Adhikari shared with us. He went on to talk about the intimate conversation he had with his wife if he were to be wrongly convicted in the case. “I feel confident that I can support my family and will start from scratch in politics, if needed. Because I have done nothing wrong,” Minister Adhikari’s words were not hollow that evening. It appeared he was ready to accept the final verdict on the wide-body controversy and begin anew if implicated. He then talked about TIA expansion and maintenance work.

Before Minister Adhikari left our office in the evening of January 30, he promised a longer chat over dinner. But that dinner meeting never came.

Minister Adhikari knew what he was doing at the Tourism Ministry. He wanted to make sure that Nepal’s sky is safe and the issue was important especially in light of the planned Visit Nepal Year 2020. In the cruelest of ironies, our aviation minister’s young and vibrant life was cut short in a helicopter crash. May his soul rest in peace. 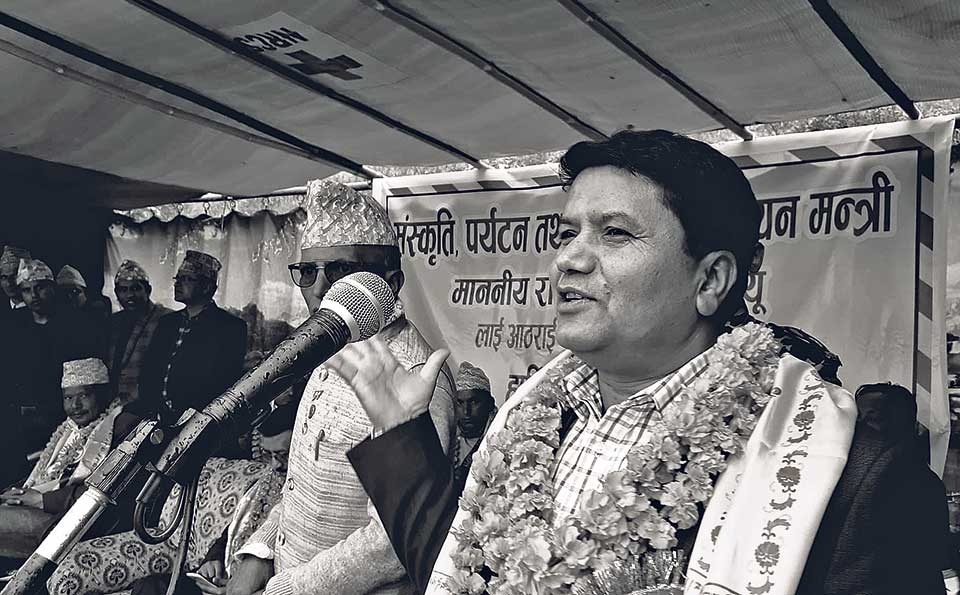