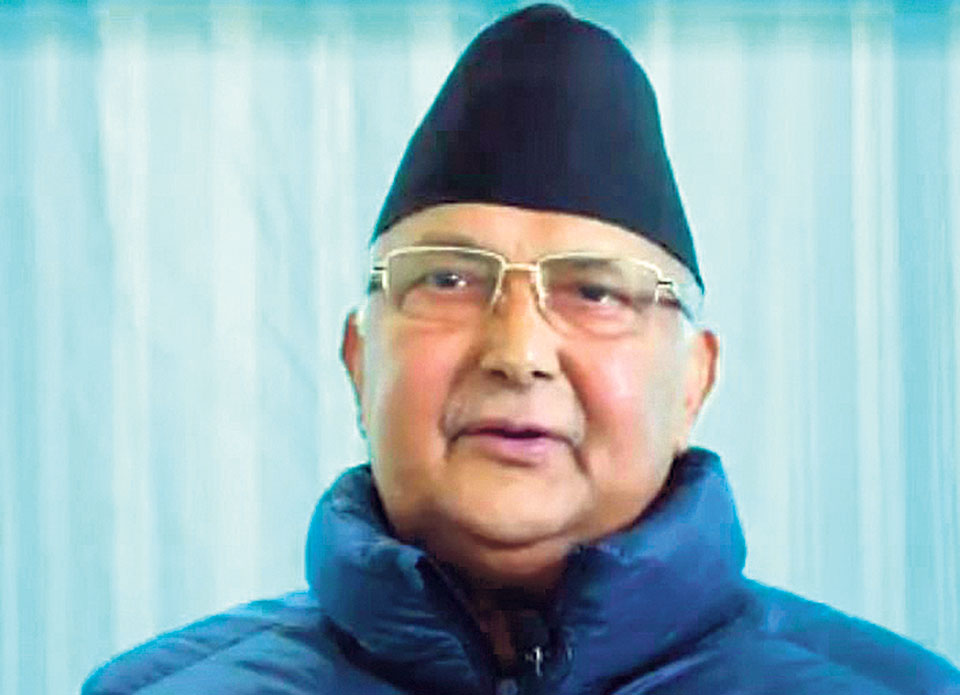 KATHMANDU, Dec 3: Allaying rumors about a worsening of his condition, Prime Minister KP Oli on Monday said that he was ‘recovering well’ after undergoing a major operation at the Manmohan Cardiothoracic Vascular and Transplant Center, Kathmandu.

In a short video message, Oli said he was now in a condition to ‘talk with friends and watch news’. “Yesterday [Sunday], I watched the opening ceremony of the 13 SAG till the end,” said the prime minister, expressing happiness at the successful organization of the mega multi-sports event.

Oli’s message comes amid widespread speculation over his condition, mainly due to incomplete information.

PM Oli made all out effort, both through his appearance and command of words, to clear any confusion over his health. “There has been a good improvement in my health. As you can see, I am in a condition to sit, stand upright, talk with friends and watch the news, after undergoing a major operation,” he said.

He also indirectly lashed out at those spreading rumors. “Appendicitis is a disease that can happen to anyone, anytime. It happens all of a sudden. I too got it suddenly. And there was also infection, which spread outside,” said Oli.

“It would have been easier to remove had it just been appendicitis. The infection means it will take around a week to 10 days to heal.”

Monday’s video message is the second such effort by the prime minister to inform the public about his health status after he was diagnosed with abdomen infection due to an appendicitis burst. He remains in the intensive care unit at hospital under the supervision of a team of medical experts.

On Thursday, Oli had taken to Twitter to thank his well wishers.