Oli vows unto prosperity, devt as driver of change 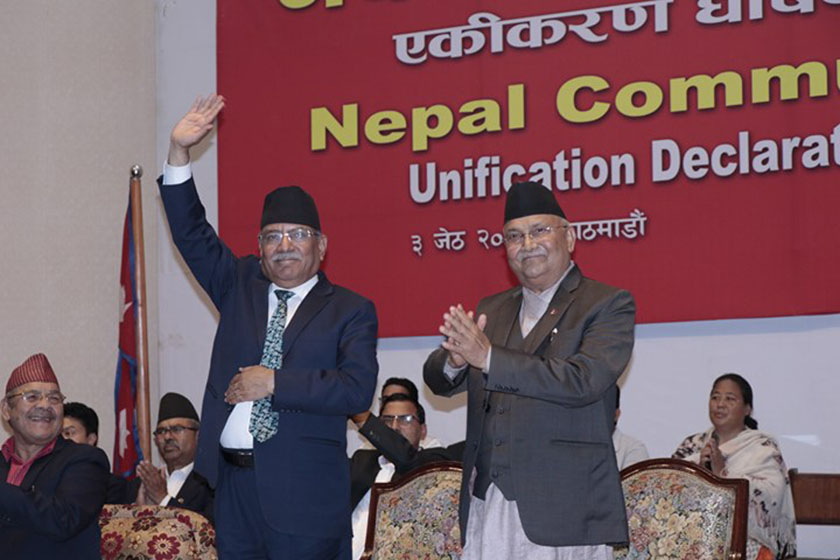 KATHMANDU, May 17: Prime Minister and chairman of Nepal Communist Party KP Sharma Oli has stated that he was a driver, not the wheel.

PM Oli expressed that while he had his role to steer the two parties towards merger, it wouldn't have been possible without its members.

"I was the driver who was supported by the wheels and the wheels to reach the destination" Oli said adding that the communist party would continue to rise.

"There is no winter season in communist party," he said as he inferred to the newly formed party's election symbol, Sun.

Oli said that he would act tough against those corruption to guide the country towards development.

"We have a beautiful opportunity to develop the country and we will stand by our commitments," he said adding that the unification was their commitments to bring political stability and initiate development.

As Oli praised the merger, he also welcomed Nepali Congress to support the government's programs to ensure speedy development.

"Nepali Congress is not an oppositional party, and neither should it worry about the elections it lost," Oli said adding that
fringe communist parties should also come together to join the mega campaign of communist unification.