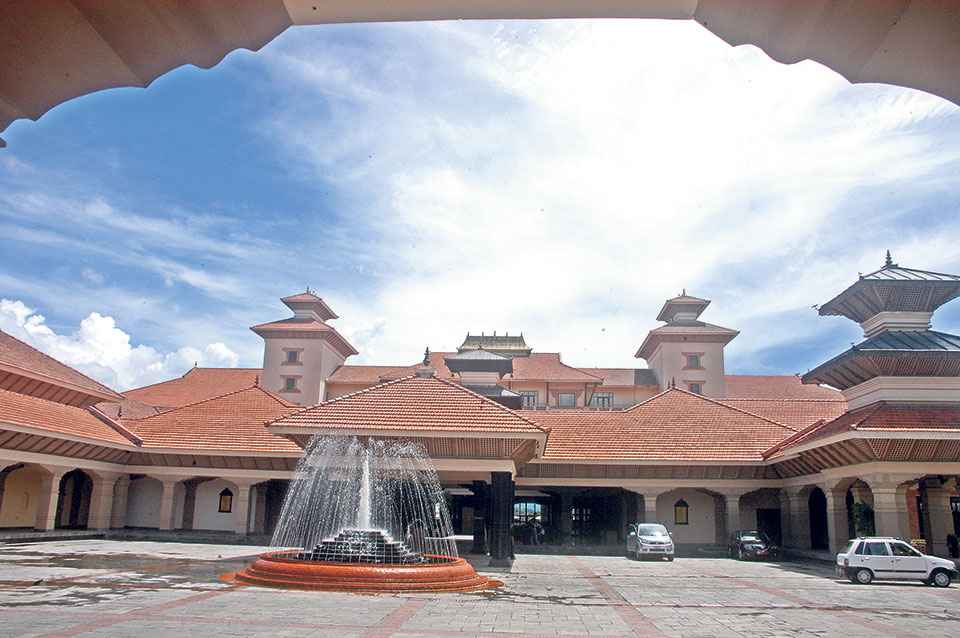 According to All Nepal Hotel, Casino and Restaurant Workers Association – the authorized trade union at the hotel, it decided to withdraw the protest on the request of Labor and Employment Office, Kathmandu.

The association had launched protest against the management accusing the latter of curtailing facilities of workers and ‘misbehaving’ Indian personnel working at higher management level. The protest had affected normal operations of the five-star hotel.

The association on Wednesday said that all workers returned to work from Tuesday evening itself even though the management has not responded to their demands. “We decided to withdraw all our protest programs and ask all workers to return to work after Labor and Employment Office assured us to mediate with the management toward addressing our demands,” Mukti Dahal, the chairperson of the association, told Republica. “We also called off our protest as we realized that hotel promoters could use the protest to escape from land grab controversies.”

The government’s stake in Taragaon Regency Hotels Ltd, which owns the hotel, has now come down to around 10% from nearly 40% when the hotel resumed operation in late 1990s.

The hotel management has been insisting that the government’s stake has lowered because of its failure to buy rights shares issued to all shareholders.

Govinda Ram Pariyar, public relations director of the hotel, said that the hotel has resumed normal operation. But he went on to say that the workers’ act was unlawful.

“We had decreased salary increment rate to 5% from 9% as per the agreement reached between Hotel Association of Nepal (HAN), workers’ association and the hotel management,” he said, wondering: “Why are the workers not appreciating the decision to increase their share from service charge to 75% from 68%?”

He also said that the company will respect any decision taken by the court on the land dispute.

Agitating lawyers put their protest on hold; agree not to boycott benches

KATHMANDU, Feb 11. Agitating lawyers from various Madhes districts have decided to put on hold all their protest programs and... Read More...

IN PICTURES: Four cops injured in clash with locals in Khokhana
3 hours ago

Why NCP must not split
10 hours ago

17 houses swept away by landslide in Bajhang, huge human loss feared
8 hours ago