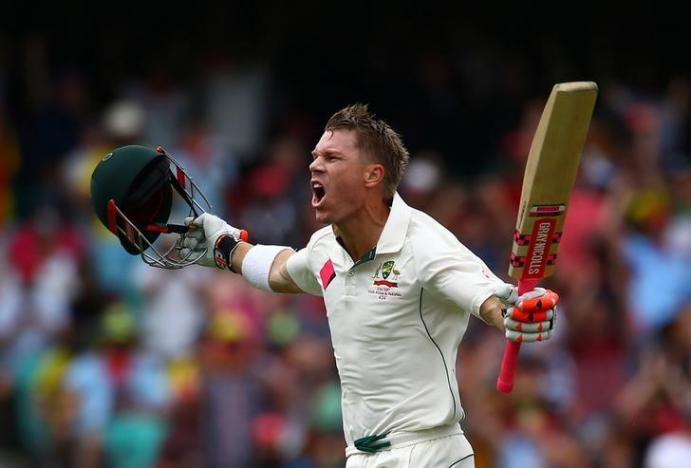 SYDNEY, Jan 3: David Warner's contribution to Australia's first innings in the third test against Pakistan on Tuesday lasted just two hours and 21 minutes but that was more than sufficient time for the opener to do something no batsman had for 40 years.

The 30-year-old's ability to score runs quickly is well documented but no Australian since Donald Bradman in 1930, and no batsman since Pakistan's Majid Khan in 1976, had managed to construct a century in the first session of a test.

In 78 balls and with 17 fours, Warner stamped his authority on a dead rubber match and further disheartened a touring team still reeling from a batting collapse in Melbourne that cost them the second test and the series.

There was no rashness to the innings, however, none of the wild lashes at the ball that have cost him his wicket throughout his career and once led some to question his suitability to play the longest form of the game.

The vicious cuts and crisp drives were from the textbook and he reached the milestone courtesy of three runs to backward point with the help of a misfield.

Warner said he was unaware that he was about to join Victor Trumper, Charles Macartney, Bradman and Majid as only the fifth batsman to notch up a ton so early in a test.

On the previous delivery, another misfield had offered a third run but, with lunch just five balls away, he waved away batting partner Matt Renshaw to retain the strike on 97.

"It wasn't nerve-racking. I told the youngster with a couple of minutes to go that we just needed to knuckle down and get through to lunch and be patient," Warner said.

"But obviously as a batsman when the adrenaline is pumping and you know it's (a century) just around the corner you are probably going to have a dib.

"It's an honour and privilege to be amongst the greats of the game. It wasn't something in the back of my mind to go out and score a 100 in a session. It was about going out there with intent and batting positive."

Warner's century was his second in consecutive tests after a 144 in Melbourne last week, when he broke a drought going back to last January against West Indies at the Sydney Cricket Ground.

That Sydney century had taken him 82 balls, a ground record that fell to his quickfire innings on Tuesday.

"Hopefully, I can keep continuing that great start and positive approach," Warner added.

"We have a few tests in India and then we have the Ashes at home. I'm looking forward to that challenge and I'm just going to keep riding that wave of form."

Now an elder statesman of the side, Warner was also delighted at the form of his opening partner Matt Renshaw, who he described as looking like "a million dollars" in the middle.

Renshaw came into the side after Australia lost the first two tests against South Africa in November.

The 20-year-old's approach to opening is the chalk to Warner's cheese and it took him 123 more balls to secure his maiden test century in the final session.

Despite some criticism of his strike rate from former players, Renshaw's approach to his batting suits Warner just fine.

"He copped a bit of flak for one of his shots in Melbourne and I think he made a comment about trying to keep up with me," Warner said.

"I think a lot of the guys told him just to play his own game."

Biratnagar Warriors have won their third match of the tournament in three matches as they head to the top of... Read More...

Sirish aims to better his record