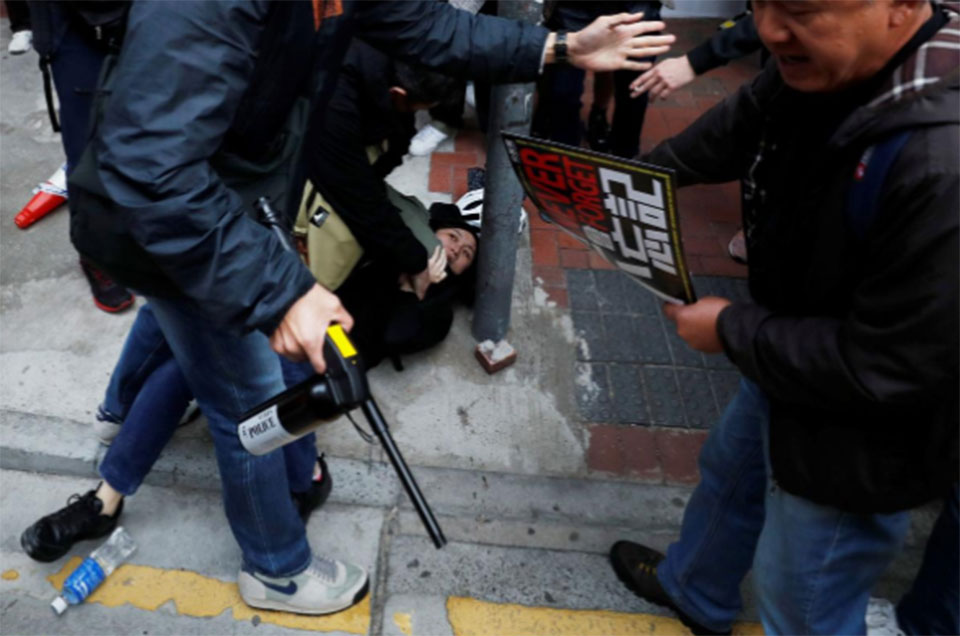 HONG KONG, Jan 2: About 400 people were arrested in New Year’s Day protests in Hong Kong after what started as a peaceful pro-democracy march of tens of thousands spiraled into chaotic scenes with police firing tear gas to disperse the crowds.

The arrests take the total to about 7,000 since protests in the city escalated in June over a now-withdrawn bill that would have allowed extradition to mainland China, and will highlight the apparent absence of any progress toward ending the unrest.

The tension on Wednesday rose after some arrests were made in the Wan Chai bar district near a branch of global banking group HSBC (0005.HK), which has been the target of protester anger in recent weeks.

When scuffles broke out, large numbers of black-clad protesters rushed to the scene while other protesters formed human chains to pass them various supplies including bricks, forcing police to bring in their own reinforcements.

Police then asked organizers to call off the march early and crowds eventually dispersed as a water cannon truck and scores of police in riot gear patrolled the streets late into the evening.

In a briefing late on Wednesday, Senior Superintendent Ng Lok-Chun told reporters the arrests were made for offences including unlawful assembly and possession of offensive weapons.

Over the months, the protests have evolved into a broad movement pushing for full democracy in the Chinese-ruled city and an independent investigation into complaints of police brutality. Police maintain they act with restraint.

Arrests were also made on New Year’s Eve, when protesters briefly occupied a major road on the Kowloon peninsula as crowds of thousands counted down to midnight along the Victoria harbor.

Some protesters allege HSBC was complicit in action by the authorities against activists trying to raise money to support their campaign. The bank denies any involvement.

HONG KONG – Since China regained sovereignty over Hong Kong on July 1, 1997, the city has prospered economically, but... Read More...