Humor in the humdrum 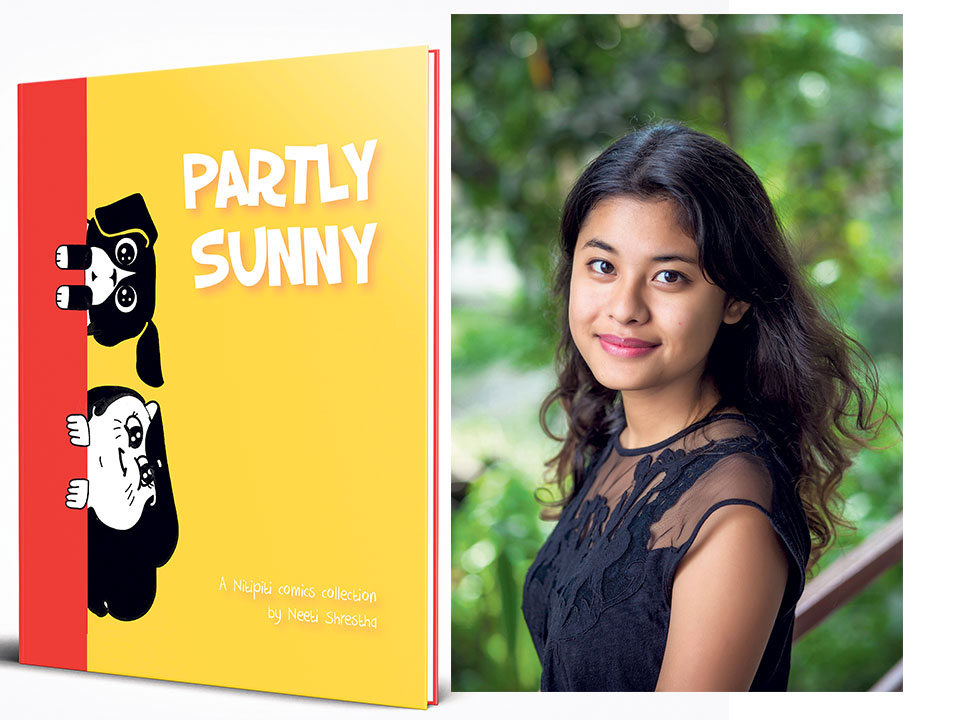 If you scroll through the explore section on Instagram, you are likely to come across a comic strip or two quite frequently. Comic strips have been quite big on social media for a while now and it seems like every other popular comics account has millions of followers.

Inspired by the growing popularity of comic strips, Neeti Shrestha, a 22-year-old designing student, came up with Nitipiti comics as her creative college project. But as she shed blood and tears into making the comic, she felt a deeper connection to her character “Piti” and her quirks. And, so now, even though her college days are already over, she continues making Nitipiti comics, a lighthearted approach to all the struggles girls’ face living and breathing in Kathmandu.

“The character of “Piti” is semi-autobiographical,” confesses Shrestha. Previously, her avatar was a cute girl with light green hair and an offbeat personality. “Now, she is still the same offbeat person but her hair is black,” she explains.

In the comics, Piti also has a sidekick – a cute little dog named Muffin. “People love dogs and puppies in general. Some like the dog even more than the main character herself,” says Shrestha. The comics mainly features Piti going through many awkward situations that we can all relate to, like being stuck in a crowded bus, experimenting but horribly failing with makeup and pulling an all nighter to finish pending (read procrastinated) work, just to name a few.

Shrestha says Nitipiti comics helped her a lot to deal with the stress that invariably comes with college. “I used to bottle up stress from homework and classes and channel it all into creating the comics. It was like an outlet for all the stress and problems,” she explains adding that everyday she found herself scribbling one thing or the other and so she decided to give the whole comic writing proper time and focus.

She has, thus, written a book named “Partly Sunny” which focuses on the tales of Piti and Muffin and their dealings in everyday life. She showcased the book at Nepal Art Council and got many positive reviews. “I’m currently working with publishers to get it published,” says Shrestha.

Before starting on a comic, Shrestha lists down all her ideas. Her recent list consisted of daily habits that can be given a comical perspective. This included odd things that pets do, different pet peeves that get the best of us, awkward relationships, and the clumsy way in which people eat, among many other little things.

You can check out her Instagram page (@nitipiti_comics) to see how flawlessly she has been able to execute this idea. After coming up with the ideas, she draws them out on paper, scans it and adds it to Adobe Illustrator to design it graphically. “Initially I used paper to draw my comics but later, while working on my book, I used graphics and have been using it ever since,” she says.

Shrestha believes the reason behind the growing popularity of comics like hers is mainly because they are short, relatable, and easy to understand. “It’s like memes, but more sophisticated,” she says.

She too was inspired by comic writer Sarah Anderson who apparently was among the first few to come up with relatable comics mainly for social media. Shrestha is also fond of onomatopoeias hence the name “Nitipiti”. “It makes everything so exciting and full of life,” she adds.

Along with showcasing her book, Shrestha also created some merchandise promoting her comics including badges, t-shirts, and bags etc. She says the items, especially the t-shirts and badges that had Muffin on them, sold very quickly as people loved their quirky aspect. Inspired by the overwhelming response, she now has plans to produce more merchandise relating to the comics along with publishing her book.

Right now, Nitipiti comics is more of a side-project for Shrestha. Still, in the future, she hopes to create comics that are more detailed and concentrated to a particular thing rather than just about life in general. “I want to add more characters, give each comic a particular theme, give my characters a devoted storyline and, perhaps, a back story too,” she explains.

Shrestha hopes to evolve from a comic writer to a story writer, and dreams of writing children’s books one day. After doing a few illustrations for children’s stories in college, Shrestha realized she truly enjoyed it as she found them to be highly imaginative and larger than life. “It’s like being inside the head of a child. One has the freedom to go wild with their imagination, defy any logic, and make the most boring things fun and interesting,” she further explains.

She wants to experiment with genres like fantasy and magic and is, in fact, already working on one right now. Shrestha says she knows the change from comics to children’s book is quite a leap but has good faith in her work and believes in the power of perseverance. “And I’m receptive to criticism. After all, that’s the only way we can improve on our shortcomings,” she concludes.

Social media has taken over the world like deadly virus. Social media was built to create opportunities for people to... Read More...

Democracy gives you right to ask a question: Anurag Kashyap on being dissenter, dealing with trolls

A democracy gives you the right to ask a question, filmmaker Anurag Kashyap said on Thursday after he was trolled... Read More...