Jatayu got their big break from the cover of Ed Sheeran’s Shape of You that they uploaded on their self-titled YouTube channel (Jatayu Records) in early June this year. As of now, the video, which features vocals from Palsang Lama, has about 1.2 million views and counting. Niran Dangol, producer and phonic engineer of the Jatayu team, says they never imagined the band’s humble beginning would lead to such popularity, that too in a short span of time.

Amit Dangol, Nsuchhe Munikar, Niran Dangol and Hemanta Munikar formed the Jatayu Band in 2015. At the time, they were not really wholly invested in Jatayu so it was like a passive hobby thing for them. YouTube was (and still is) their primary enterprise. By the time 2017 rolled around, Jatayu was pretty keen on uploading frequent YouTube covers. Currently the Jatayu Team has six official members, a few trusty investors, and the light management team (who are not so permanent).

“None of us had expected the video (the Shape of You cover) do to half as well as it did. It was probably the authenticity of our music style that got the video those many views. We took a popular English track and put a very unique and kind of cultural twist to it by using quintessential Nepali instruments like Maadal, Tabala and Sarangi for the music,” says Dangol about their widely admired Ed Sheeran cover. That, coupled with the phenomenal vocals by Lama, was sure to be a hit.

Apparently, Dangol and the Jatayu team came across an Instagram video posted by Lama where she covered a Drake song (Hotline Bling, to be more specific) and loved her voice. “One of my brother’s friend was friends with Palsang and had heard her sing before. And when we mentioned about looking for a vocalist, he showed us the video,” says Dangol. They contacted Lama about collaborating and released a cover of Let Me Love You by DJ Snake featuring Justin Bieber on their YouTube channel during late March. Needless to say this was a success and the video got loads of comments regarding their brilliant cover.

At present, Jatayu has been taking up commercial projects alongside their YouTube ones. When asked about live shows, Dangol states that they have been asked to do live shows but have denied all of them till now, as the team is not quite ready for it yet. But there is high probability that Jatayu will perform in front of a live audience in the near future. On a not-so-positive note, that will not be happening within the upcoming six months. However, they do have plans of releasing their own music that might take the EDM route. 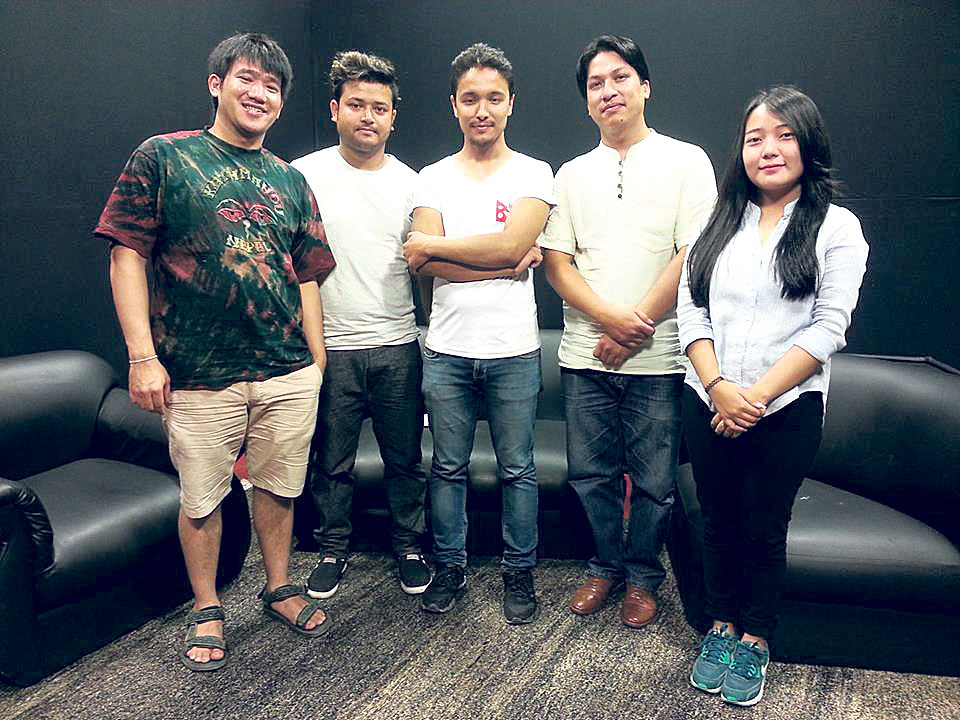