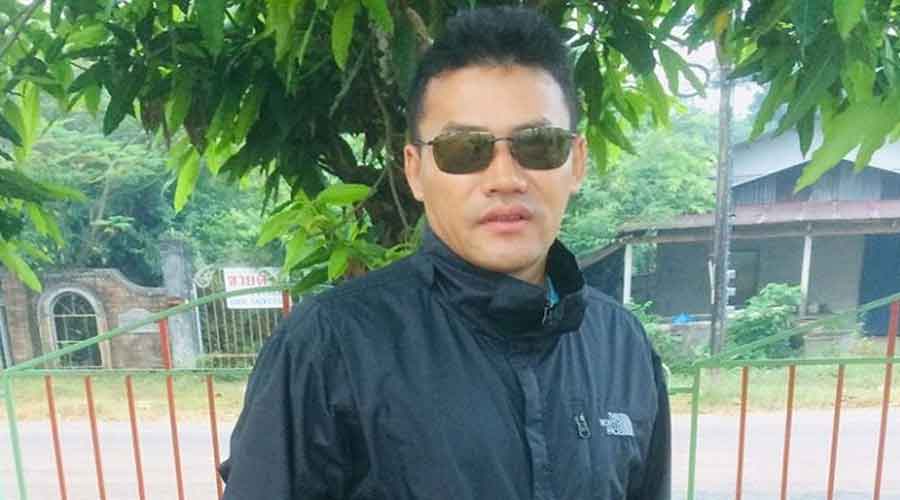 KATHMANDU, May 25: Nepal Police has brought back most wanted criminal Parshuram Gurung , to Nepal. In a statement issued by the Central Investigation Bureau (CIB) on Saturday, it has been mentioned that the Government of Thailand deported Gurung, who is alleged to be the mastermind behind human trafficking, on Friday with the coordination of Nepal Police, Home Ministry and Foreign Affairs Ministry through Nepali Embassy in Thailand.

Gurung was arrested from Nakhon Phanom- NongYat near Thai-Laos border on March 27 and was kept in detention at the immigration office before being deported to Nepal.

A permanent resident of Gaurighat-4, Bhojpur, Gurung was allegedly involved in duping people promising them of jobs in Canada and other countries. Likewise, he has been accused of inflicting mental torture after taking huge sum of money for jobs in hotels and airlines of Thailand, South Korea and Australia.

The International Criminal Police Organization (Interpol) had issued Red Corner diffusion notice on request from Nepal Police against Gurung accused of human trafficking by alluring people for foreign jobs. Gurung is charged for swindling people for the amount of Rs 50 million.

KATHMANDU, May 26: After a series of failed attempts to yet again lure Thai police into releasing him, alleged notorious human... Read More...

US and UK join hands to combat human trafficking in Nepal

KATHMANDU, June 14: Amid concerns from various quarters that there was duplication in the work of donor agencies, the USA and... Read More...

Nepse inches up 3.33 points after falling continuously for four days
39 minutes ago