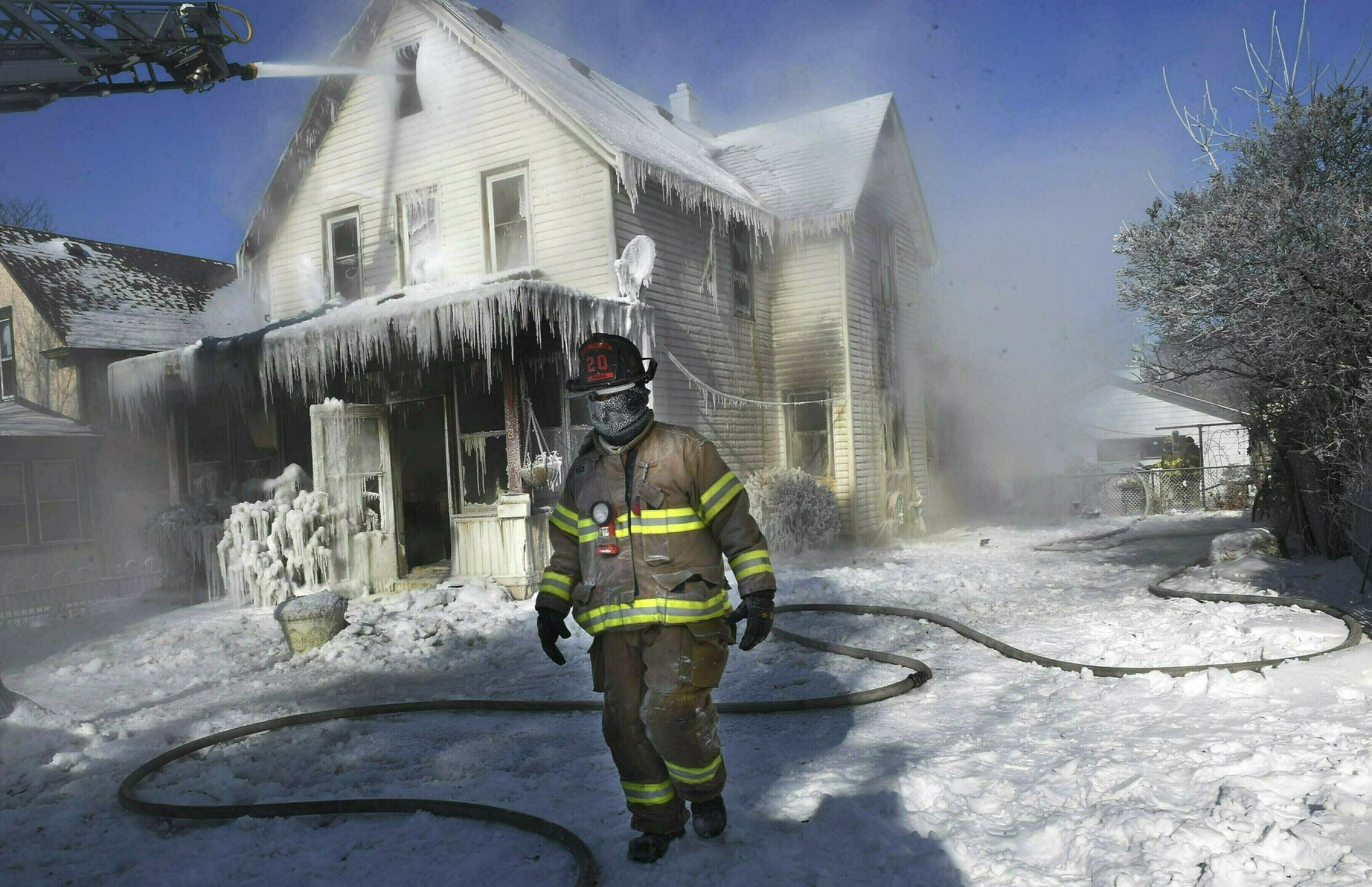 CHICAGO, Jan 2: The dangerous cold and heavy snow that hobbled the northern U.S. this week has retreated, but not before exacting a human toll: more than two dozen weather-related deaths in eight states and hundreds of injuries, including frostbite, broken bones, heart attacks and carbon monoxide poisoning.

In Illinois alone, hospitals reported more than 220 cases of frostbite and hypothermia since Tuesday, when the polar vortex moved in and overnight temperatures plunged to minus 30 (minus 34 Celsius) or lower — with wind chills of minus 50 (minus 45 Celsius) or worse in some areas.

Hennepin Healthcare in Minneapolis normally sees around 30 frostbite patients in an entire winter. It admitted 18 in the past week, spokeswoman Christine Hill said Friday.

“I definitely saw more frostbite than I’ve ever seen in my entire career just in the last three days,” said Dr. Andrea Rowland-Fischer, an emergency department physician at Hennepin Healthcare.

Most of those patients, she said, had underlying problems that made it difficult for them to take care of themselves: the developmentally delayed, the mentally ill, the very young and the very old. They also included people with injuries related to drugs and alcohol — people who passed out or did not realize they were cold or injured.

“It’s heartbreaking when there are people who can’t take care of themselves and get exposed, just because they either escape from the care that they’re being given or because they’re not being supervised.”

Others got frostbite on their way to work after being exposed to the cold for a short time, often on their hands, feet, ears and face. That included people whose cars would not start or who got stuck outside for other reasons, as well as those who just did not think they could get frostbitten so quickly and went outside without gloves or other protective gear.

Several required “maximal treatment,” admission to the hospital’s burn unit for therapies that include drugs to restore circulation to try to avoid amputations. Some of them will probably still require amputations, a decision usually made by burn doctors four to 10 days after the injury.

Many people decided to stay home even when they were sick to avoid slippery roads and subzero temperatures. In western Michigan, a health care system’s online service saw a major spike this week.

More than 400 people over four days used Spectrum Health’s MedNow to see a nurse practitioner or a physician’s assistant about non-emergency issues, such as aches, rashes, cold and flu, said Joe Brennan, MedNow senior director. Most used an app on their phone. The usual four-day volume is 250.

“We had soreness-and-sickness calls from people who were shoveling 2 ½ feet of snow,” Brennan said. “Instead of going to urgent care or an emergency department, they had an option to stay at home.”

Another danger was from carbon monoxide. A family of nine in Wheeling, Illinois, about 30 miles northwest of Chicago, was taken to local hospitals after heating their home with a charcoal grill. In Rockford, Illinois, four people were treated because they had warmed up cars in a closed garage or because a furnace vent became blocked by ice and snow.

The snow that accompanied the cold also caused problems.

In Raymond, New Hampshire, the driver of a state Department of Transportation vehicle was struck in the head Thursday after ice and snow flew off a truck ahead and broke through the windshield. The driver was hospitalized with a laceration to the head and other possible injuries.

In just a two-day period, Tuesday and Wednesday, Mercyhealth in Rockford treated 15 people for broken bones from falling on the ice, 10 people who were in car crashes caused by snow and eight people who complained of chest pain or shortness of breath from shoveling snow, hospital officials said.

“It was Antarctica there for a few days ... but I think people listened to professional advice and heeded warnings,” about staying indoors or bundling up, he said.

By Friday, the deep freeze had mostly abated, with temperatures climbing as high as the low 20s (minus 5 or 6 Celsius) in Minneapolis and Chicago. In western North Dakota, the temperature in Dickinson climbed above freezing (0 Celsius) by midmorning — a jump of nearly 60 degrees compared with Tuesday’s low of minus 17 degrees (minus 27 Celsius).

The weather was thought to be a factor in at least 27 deaths, including a 90-year-old Michigan woman who died of hypothermia after locking herself out of her home while feeding birds — one of at least nine people who were found outdoors. A motorist also died during a snowstorm Friday after striking a salt truck that had pulled off the side of Interstate 70 in central Indiana. Others died after freezing outdoors or in unheated homes or while shoveling snow.

KATHMANDU, Nov 7: The Kathmandu Valley has witnessed a chiller day on Saturday with a fall in temperature. Cold has... Read More...