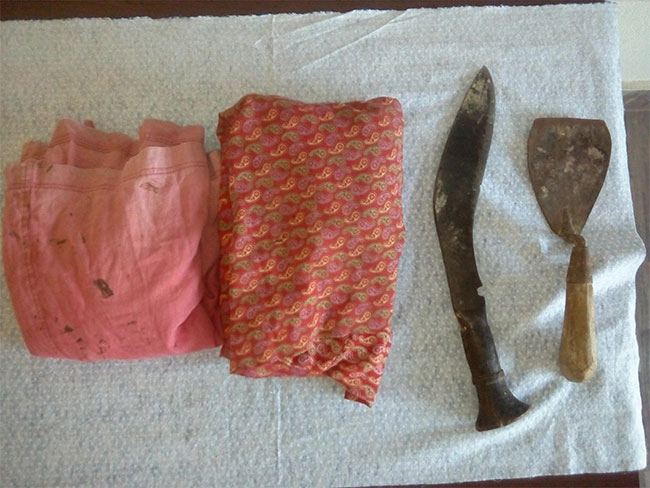 LAHAN, June 27: A man has killed his wife with a sharp weapon in Bhagawan Rural Municipality in the Siraha district on Tuesday.

Yadav who was doing time in custody   on the charge of smuggling narcotics drug had been released just a month ago. According to locals, Yadav was accusing his wife of having extramarital affairs.

When the quarrel reached its climax,  Yadav hacked her to death with a sharp weapon in a fit of rage on Monday, police said.

In a statement during the preliminary inquiry of the police, Bal Krishna admitted to have killed his wife.

“In a fit of rage, I killed my wife after finding her to be keeping extramarital relationship with another man,” Yadav said.

Yadav, a former Armed Police Force personnel, had been arrested on the charge of smuggling narcotics drugs two years ago.

SARLAHI, Nov 8: A woman has killed her husband with a khukuri for marrying another woman in the district. ... Read More...

ACHHAM, Feb 12: A 33-year-old woman has been struck to death at Kamal Bazaar Municipality-2, Ganeshpur in the district. ... Read More...