How to save local news 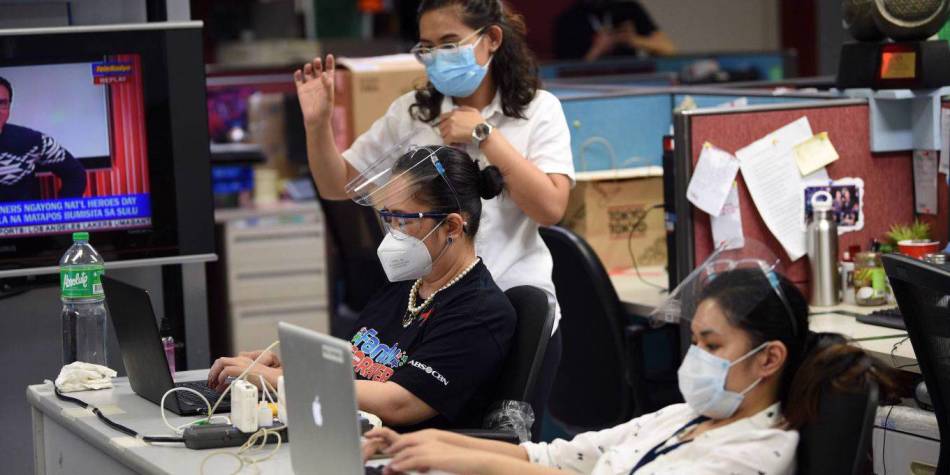 Unless countries go beyond short-term support to build and nurture more resilient local-news ecosystems, the reliable and verifiable information our societies need will become increasingly difficult to find.

NEW YORK – The COVID-19 crisis has confirmed, yet again, the importance of broad access to clear, reliable, and accurate information. Throughout the pandemic, people all over the world have depended on reliable news sources to help them understand not only the virus itself, but also its impact on their economies and societies. And yet the people gathering, verifying, and delivering that information have been under unprecedented strain—raising the risk that, when the next crisis comes, we will have few trusted news sources to which to turn.

Unlike other industries that have suffered during the pandemic, journalism is not facing a drop in demand. On the contrary, Nielsen estimates that staying home—such as during crises—can lead to an almost 60 percent increase in media consumption. And, indeed, in the United States, media consumption reached historic highs in 2020; news programming comprised a major component of the increase.

The same trend can be seen around the world. A study of media consumption across North Asia during the pandemic found a sharp increase in use of digital news sources in Japan as worries about COVID-19 spread. And in Taiwan and South Korea, news channels were the primary beneficiaries of growth in television viewership.

Despite this surge in demand, however, shrinking revenues crippled many local newsrooms in 2020. As freelance journalist Kaamil Ahmed warned last spring, the losses are so great that a “media extinction event” may be looming. He was talking about the developing world, but the risks are acute even in advanced economies like the US.

The good news, as my colleagues and I show in a co-authored new report commissioned by the Konrad-Adenauer-Stiftung Foundation, is that initiatives underway in many countries could help to bolster newsrooms. These efforts fall into four broad categories: private funding, public subsidies, new business models, and support from tech platforms. All are helpful, though over the long term, some will prove more important than others.

In terms of private funding, organizations like the Google News Initiative, the Pulitzer Center, and Internews, as well as government agencies, have set up emergency assistance funds during the pandemic. But, as the surge in applications for such assistance shows, individual grants are not enough. A more wide-ranging, comprehensive, and internationally focused strategy—a kind of global Marshall Plan for journalism—is also needed.

Some recognize this, and recognized media-development experts have begun to coordinate donors, scale up funding, and support media institutions and outlets. For example, Mark Nelson from the Center for International Media Assistance, along with James Deane and Maha Taki from BBC Media Action, have been promoting a billion-dollar International Fund for Public Interest Media, which would deploy government development aid to support journalism in the Global South.

But, given tectonic shifts in the media landscape, no one-off initiative—no matter how large—will be enough to keep local news viable in the long term. As media entrepreneur Yvonne Leow points out, much like tech companies, media outlets must build stronger networks of investors that are committed to helping them ultimately reach sustainability.

It is in this spirit that Steve Waldman, a co-founder of Report for America, has launched an initiative aimed at transforming America’s roughly 6,700 privately owned newspapers into more community-grounded and financially independent institutions. He proposes creating a nonprofit replanting fund that would identify candidate publications and reorganize their corporate structures to make them financially independent and more responsive to community needs.

Direct public funding also has a role to play in supporting local journalism. And, again, ambitious proposals have been advanced. Countries like Australia, Norway, and Singapore—all of which have a track record of regarding journalism as a public good—have provided subsidies to media outlets and freelancers during the pandemic. But these measures have been modest, relative to need.

The US has a weaker record of supporting independent journalism. (For their part, journalists have been wary of government involvement.) But efforts to enact legislation to help fund local news and quality reporting are now underway. For example, the Local Journalism Sustainability Act, introduced in Congress last July, would provide a five-year, non-refundable tax credit of up to $250 toward the cost of subscriptions to local newspapers. The bill already has 78 co-sponsors.

Moreover, Free Press founder Robert McChesney has been drafting a Local Journalism Initiative, which would establish a budget of $100 per person to support local nonprofit journalism, with communities voting on which outlets receive funding. Under this plan, the government would channel funds—raised by a small tax on ads sold by highly profitable tech companies—through the US Postal Service. This approach thus addresses the thorny issue of how Big Tech might be made to support an industry it has done so much to undermine.

The biggest news on this front, however, is Australia’s proposed new framework to diminish the power imbalance between media outlets and tech giants. The country’s competition authority, headed by economist Rod Sims, has drafted a code that, if passed, would require Google and Facebook to pay for the news they carry, with prices to be set by arbitration. Other governments, from Africa to Europe and the US, are watching this effort closely.

Desperate times call for bold action, and these are undoubtedly desperate times for journalism. But the news industry has been struggling since well before the pandemic. Unless countries go beyond short-term support to build and nurture more resilient local-news ecosystems, the reliable and verifiable information our societies need will become increasingly difficult to find.

Anya Schiffrin is a senior lecturer at Columbia University’s School of International and Public Affairs.

Jiba Lamichhane is a businessman who has traveled to around 100 countries till date and, as a rule, doesn’t repeat... Read More...

Daraz offers 15% off on card-prepayments
59 minutes ago