How to save airlines from the pandemic 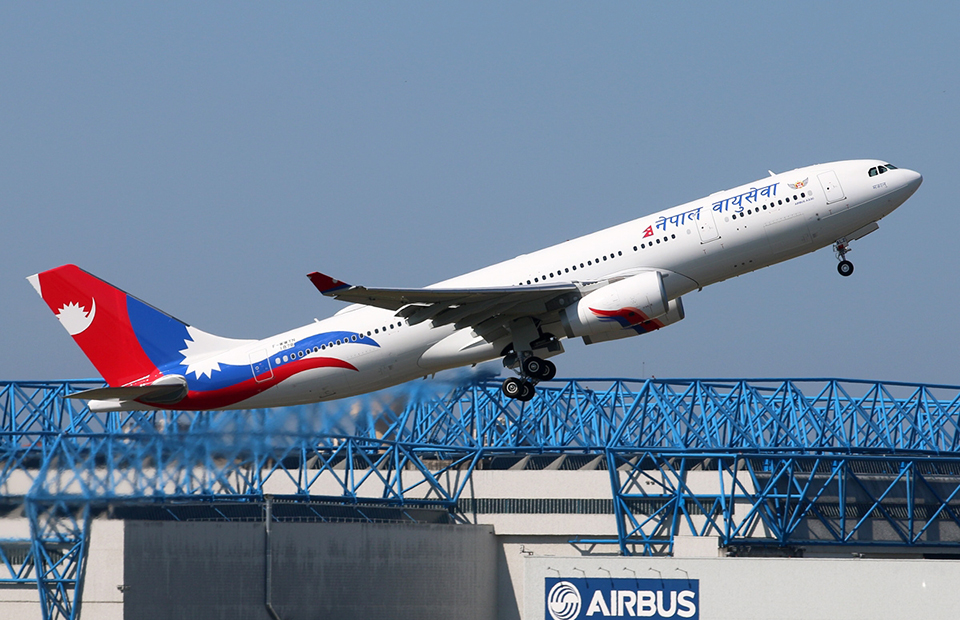 The author is an officer at Nepal Airlines Corporation.
news@myrepublica.com

The government needs to extend required grants to Nepal Airlines to cover the losses from pandemic and to compete with other airlines.

Aviation industry was witnessing astounding growth making most companies in the industry financially profitable and thriving. This indicated that future was promising for the travel industry and many other supporting sectors. However, the Covid-19 pandemic outbreak has left tourism industry hardest hit leaving many jobless and devastating even strong economies like the US and China. In its first 20-year passenger growth forecast, The International Air Transport Association (IATA) had projected that passenger numbers will reach a staggering 7.3 billion by 2034. To cope with that rising demand, airlines were offering more flights, adding more routes and were expanding their services to attract more customers.

The Covid-19 has shaken the entire travel ecosystem with travel restrictions, schedule uncertainties, grounded fleets, staff layoffs, ticket liabilities and cash burn. This has not only significantly eroded the market capitalization of airlines and hospitality companies but also raised a serious question of whether traveling will be normal again. As per IATA, airline passenger revenues dropped by $314 billion in 2020—a 55 percent decline compared to 2019—and may burn through $61 billion cash reserves in the second quarter alone. This is an unprecedented event in the history of aviation industry.

Recently, Italian aircraft-interior design company Aviointeriors, an aeroplane seat supplier, floated an outlandish concept of turning the middle seat around to face the rear of the plane separated by shield. Elsewhere, Airlines and airplane manufacturers are suggesting plexiglass dividers between seats and multi-seat option for the passenger at the least fare. Any such solution would cost the airlines dearly as any retrofitting work and distancing is going to be expensive. Moreover, there is also a discussion of “immunity passport” or “risk-free certificate” that would indicate if a passenger had recently been tested for the virus and cleared. But regardless of which changes are adopted, it's safe to expect a new normal.

Covid-19 has affected the airline industry much worse than even 9/11 tragedy and the 2008 global financial crisis together. There are calls from aviation bodies and airlines themselves for government bailouts and subsidies to weather the storm of the pandemic. International Civil Aviation Organization (ICAO) has recommended Covid-19 Aviation Recovery Task Force (CART) guidelines to reconnect the world. IATA has requested the governments around the world to provide “stabilization packages” for airlines as they support some 65.5 million jobs worldwide.

With no end in sight for either the pandemic or the recession that follows, even the mightiest of carriers from American Airlines to Lufthansa to Qantas have been forced to seek help from their governments. In the US, the US Department of the Treasury has approved $5.8 billion (direct grant of $4.1 billion, and a low-interest rate loan of $1.7 billion) in financial assistance to American Airlines—the world's largest airline when measured by fleet size, scheduled passengers carried, and revenue passenger mile. Similarly, the most profitable airline in the Fortune 500, Delta received US$5.4 billion, and Southwest—the world's largest low-cost carrier—received US$3.2 billion, among others. Elsewhere, Europe's second biggest airline—German flag carrier Lufthansa—got $10 billion state bailout, whereas  British Airways, through parent company IAG, has secured £300 million from the UK government.

Meanwhile, Australia’s Qantas Airways—which is largest by its fleet in the world and the third oldest airlines in the world after KLM and Avianca—secured A$1 billion loan (US$660 million). Furthermore, Africa's largest carrier, Ethiopian Airlines, may seek assistance if corona virus impact persists beyond July.

The Singapore government has emerged as one of the leaders in supporting airlines with US$13 billion aid package to Singapore Airlines. Hong Kong’s flag carrier—Cathay Pacific Group—is in line to receive assistance of US$ 30.4 million from the Hong Kong government. Qatar Airways, a multiple award-winning airline, will be seeking government support if the same situation persists.

Around USD 522 million in revenue will be wiped out and 2, 29,900 people will lose the job in Nepal's aviation industry due to the Covid-19 outbreak, according to an estimate by   IATA. During the year, passenger demand will fall by 51 percent year-on-year that may lose 3.42 million passengers affecting the domestic and international airlines.

Nepali airlines will be no exception. Nepal Airlines, the state-owned jewel of the national economy, is expecting state aid at this point of crisis. Moreover, private airlines are also struggling due to the pandemic. Some relief is expected for the airlines as the government has announced discounts on parking fees, air Operator's Certificate, aircraft registration renewal fee and infrastructure tax on aviation fuel in this year's budget. As per the “yellow book”, the national flag carrier has incurred the net loss of Rs. 1.96 billion.

Thus the government needs to extend required grants to Nepal Airlines to cover the losses from pandemic and to compete with other airlines.

The aviation industry requires a coordinated approach and comprehensive framework if it is to navigate a quick recovery. For the airlines with precarious financial position, lockdowns have halted operating losses, so the real test will come to them when operation resumes. Onboard distancing, unprecedented economic downturn and dismal demand for travel may curb occupancy level that could produce a wave of bankruptcies in airlines.

Which airlines will leave off, which will survive and thrive will depend on whether and how the supports them. If we don't strike the iron, while it is hot, we may end up with further crisis down the road. We cannot be complacent and operate in business as usual mode. Another crisis is almost inevitable.

Charles Robert Darwin once said: “It is not the strongest of the species that survives, nor the most intelligent, but rather the one most responsive to change.” The aviation industry must adapt to changing times while working with government to better navigate the crisis and mitigate future risks.

The author is an officer at Nepal Airlines Corporation. Views are personal

Home is what matters

The country is in a state of total lockdown to prevent potential community transmission of Coronavirus disease 2019 (COVID-19). Along... Read More...