How to combat internalized racism? 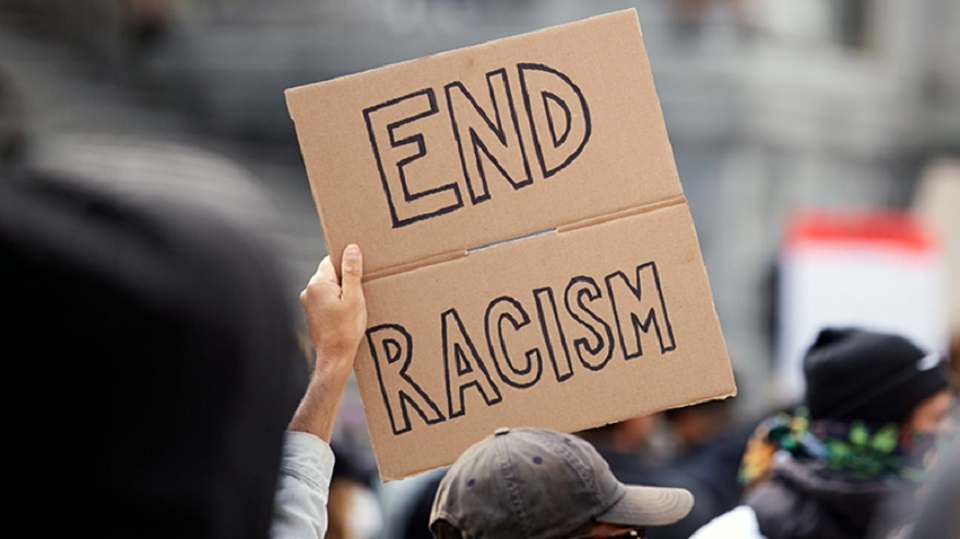 Internalized racism not only devalues us as individuals but our people as a whole. To truly respect ourselves we have to respect who we are and where we come from no matter where we end up.

In today’s social climate, discussions on the topic of discrimination are becoming more and more common as we examine ourselves and the world we live in more closely. Discrimination between different groups of people is a popular focus, but oftentimes discrimination within marginalized groups is overlooked. Internalized racism is common in minority groups. It can manifest itself through conscious and unconscious acceptance of a racial hierarchy, believing your own race is less inferior or another race is superior. Internalized racism can lead to colorism, low self-esteem, and even self-hatred.

Anecdotally, I’ve observed internalized racism in many forms abroad and in Nepal itself. In the United States, I’ve found it common in first-generation Nepali-Americans against first-generation immigrant Nepalis that have recently arrived in the States. Perhaps this racism manifests because to first-generation Nepali-Americans, new immigrants embody the stereotypes that they themselves try to escape in their attempt to assimilate and fit in. The derogatory term ‘fresh off the boat,’ or ‘FOB,’ is often used to describe immigrants that have recently arrived in the States and have not acclimated. As a result, new immigrant children may find it harder to integrate into Nepali societies abroad on top of the difficulties of assimilating into American society. This discrimination manifests against both new immigrant teens in younger generations and their own relatives who hold on strongly to Nepali culture. This rejection of culture and attempt to distance can cause a loss of traditions over time.

Nepalis tend to be very welcoming to guests and hold tourists in high regard, but even considering this, there seems to be a disparity in treatment between tourists of different races. In Nepal, the treatment of white tourists versus the treatment of tourists of other races is very showing. In some instances, it is given with the belief that white tourists are wealthier and will spend more money on products, but other times, in non-transactional situations, this treatment is the result of putting the white race on a pedestal above ourselves and other races.

Internalized racism seems to also be common when it comes to attraction between sexes. It is not uncommon to hear Nepali boys openly disparage South Asian girls in favor of other races, most frequently white girls, and vice versa with Nepali girls. These values reflect the findings of the Clarks’ doll experiments where children of different races were presented dolls of different features, representing different races. When asked which doll they would prefer to play with, which doll was the nice doll, and which doll looked bad, all the children in the study showed a clear preference for the white doll and exhibited negative opinions towards the colored dolls.

In South Asia, Fair and Lovely (now Glow & Lovely), a skin-lightening cream, was introduced to the Indian market in 1975 by a British-Dutch company. With heavy marketing across South Asia, Fair and Lovely has promoted and profited heavily off colorism. Colorism in India (and in turn, much of South Asia) can be traced back to British colonial rule which institutionalized colorism by building institutions that prohibited entrance to dark-skinned individuals while giving preference to those with lighter complexions, creating alliances with them, thus allowing them to gain more power. Through this long-run institutionalized discrimination, people began to associate lighter skin tones as being better and more preferable. In addition, through the overrepresentation of individuals with Euro-centric features, popular media began to dictate the ideal beauty standards. These associations and Eurocentric beauty standards often weigh heavily and impact the self-esteem of both kids and adults alike.

So what can we do to combat internalized racism? Much of what has influenced our values have been long in motion far before we were born and many influences are ongoing. There are influences, apparent, others less so, and our standards, preferences, and beliefs seem to be set in stone, or at least very difficult to change.

Blaming ourselves does no good, but it never hurts to examine our implicit biases against ourselves (and others while we’re at it) and acknowledge the influences we’ve had. Our reactions and how we further perpetuate these influences can impact others, including future generations. If you’re a parent, it’s your responsibility to make sure your children understand the importance of their culture and that they’re exposed to media that positively represents them. This can be more difficult for those living abroad, but very easily accessible thanks to modern technology. If you’re older, it’s important to expose yourself to positive representation, educate yourself, and reflect on what values you hold consciously and unconsciously and why you hold them.

Self-acceptance, self-love, whatever you want to call it, is an integral part of mental health and self-esteem. Internalized racism not only devalues us as individuals but our people as a whole. To ignore its existence is an injustice. To truly respect ourselves we have to respect who we are and where we come from no matter where we end up.

The biases we hold against ourselves and others are never easy to get rid of, but we can always acknowledge we have these biases and work at chipping them away.

KATHMANDU, March 2: Election Commissioner Ila Sharma has stressed the need for “intensive engagement” between the civil society and the Election... Read More...