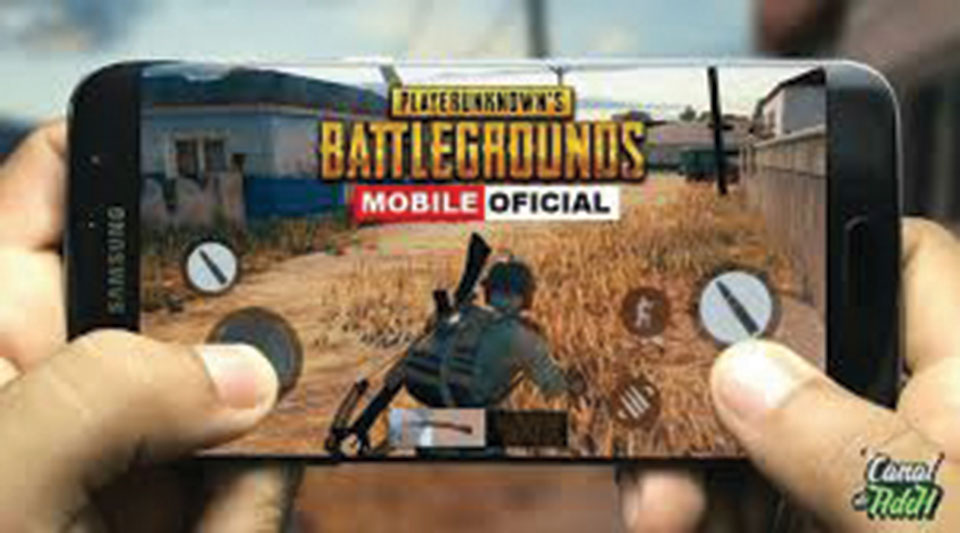 Last year, a 19 years old Indian boy stabbed his father and mother 26 times, and sister seven times in aggression. He was a PUBG addict

Responsible parenting often feels like endless series of saying ‘no’. No, you can’t have junk food before lunch. No, you can’t ride bi-cycle in main road.  And now no, you can’t sit around playing PUBG all day. Our childhood has given us some first-hand knowledge regarding digital world of games, thanks to that old mercantile machine.

Every once in a while appears a game that takes the gaming world to next level of progress. Player Unknown Battlegrounds, better known by its acronym PUBG, is one of them. Since last decade, computer or mobile games have become the leading form of digital entertainment worldwide—especially after gradual decrease in TV watching culture.  To begin with, these games allow us to win and get on next level, giving celebrated sense of satisfaction. This achievement is experienced as reward.  The research conducted by California State University found that computer gaming can have a similar effect as drug abuse or alcoholism on child’s developing brain.  It’s because game makers work hard to hook players to their digital world. Thus they use predictive algorithms and codes of behavioral economics to make the game more addictive.

During our research on “Gaming behavior” among lower secondary level students from Kathmandu we found that most of the children were intensely indulged in playing unknown battleground. “My mother always scolds me for playing PUBG but what shall I do, I can’t resist, I feel irritated when I don’t get chance to play,” said a sixth grade player of Arunima Higher Secondary School.  “His sleeping, eating and academic habit has negatively changed since he started playing this PUBG, He simply can’t resist the impulse to play, and I’m tired of scolding him,” his mother told us.

When a 20 years old mature son is caught red handed doing weed, parents would react like the sky has fallen but in case of 11 years old child playing PUBG, it’s considered normal. The very idea of this game is somewhat like, people gather together to kill each other and try hard to become the last one standing. How could we let budding young mind to indulge in such gaming habit? The game is full of violence. Every second, the virtual battleground is thrilled by potential danger, you can’t relax, any instance the enemies could unexpectedly jump out to kill you. The excitement aroused by killing and destructions is at the core of PUBG, which is why it is popular.

The excitement generated after killing makes the child think something great has happened and it immediately emits brain chemical called dopamine—a neurotransmitter which tells your brain ‘that was great, do it again.’   Such immediate excitement also contributes to releasing endorphins—a natural painkiller that relaxes you for some moment. The main reason behind popularity of this game is because they tap into our behavioural neural network. Like cigarette nicotine, video games can also cause rapid brain dopamine release. And the arousal effects while playing game are so natural to brain that it mostly occurs subconsciously. This is why, young teen with vulnerable minds get addicted to gaming and even reach in level of medical condition. Many researches have found that children playing violent games are more likely to have increased aggressive thoughts, behaviors, and decreased sense of cooperation.

Last year there was a case of 19 years old Indian guy named Suraj Verma who stabbed his father and mother 26 times, and sister seven times in aggression. He was reported to be a PUBG addict. Even one Indian online news portal, Dailyhunt, covered the news story entitled “Delhi: To play Online PUBG game, a 19-year-old boy murdered his parents and sister”.

Gaming becomes more problematic if it impedes other aspects of children’s life including their academic performance, social involvement and such digital consumption in bits and bytes even influences their behavioral pattern. Though some online gaming allows introverts to enjoy human networks and help to make connection on their own terms, they also prevent children from learning social skills and cooperative behavior.

In 2018, World Health Organization declared that impulsively engaging in digital games is a mental health condition, specifying these phenomena as “gaming disorder”. And the symptoms are actually quite common—increased priority to gaming over other activities, and continuation of gaming despite negative consequences. However, gaming is not always problematic for children and there are games that offer benefits too.

Last week, the government took the decision to ban PUBG. Since there have been some debates on the role of parents in monitoring their children’s online behavior. It is not that parents must not allow their children to play online games. They should look for games that nurture creativity and intelligence. Some chosen games that celebrate mathematical problems, case solving, architecting or word games are useful for developing brains.  With such games, small minds will learn to use their imagination and cognitive skills too.

PUBG is none of such games.

Poudyal and Thapa are researchers at Global Initiative for Vivid Empowerment (GIVE), Kathmandu-based NGO

Childhood in a Digital World

Almost all research studies showed digital use impacts the wellbeing of children mainly depending on duration, content and context. More... Read More...

A Jump from Childhood to Adulthood

Every living thing is accompanied by physical, mental, spiritual and social changes. A newborn baby gradually grows up as time... Read More...

Rabi Lamichhane dismissed from the post of DPM and Home Minister, SC finds him guilty in citizenship and passport case
10 minutes ago

Experts' conclusion: Air accidents increased due to lack of full compliance with ICAO standards
30 minutes ago