How pet parents are bonding well with their pets amid lockdown 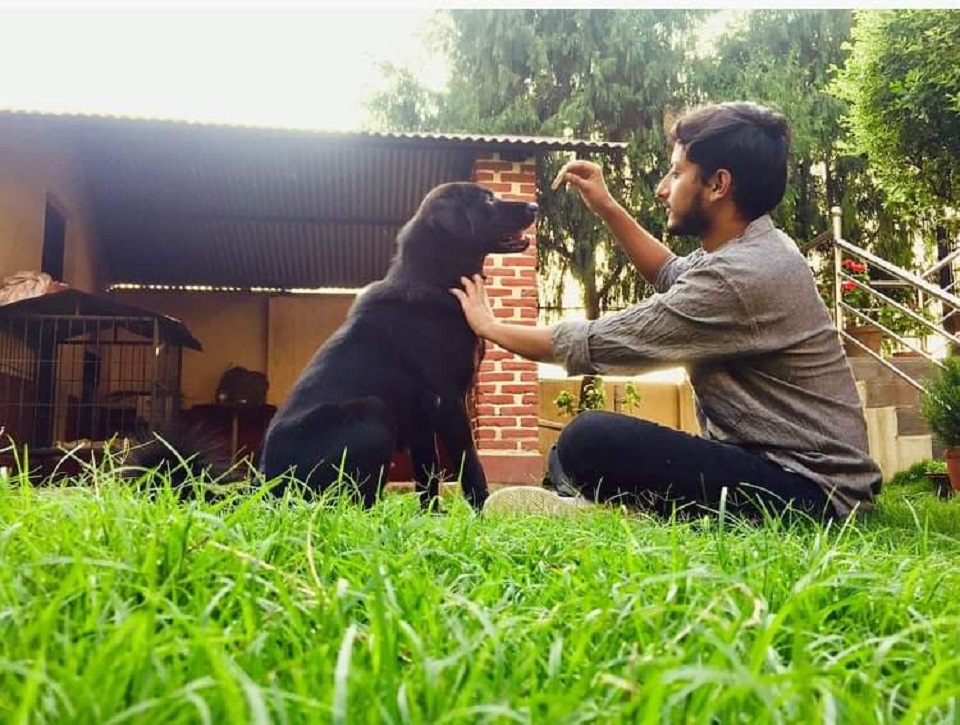 Mandip Prasai with his dog

KATHMANDU, May 23: If Bojo and Jobo could speak human languages, they wouldn’t forget to mention about the inimitable happiness they’re feeling at present. They are mostly seen wagging their tails and revealing smiles with relaxed eyes and ears. These are the main signs shown by happy canines.

Bojo, a nine-year-old Himalayan sheepdog, and Jobo, a two-year-old Lhasa apso, are both the most trustable furry friends to Mandip Prasai. Twenty years old Prasai, who is a student, has been parenting both his dogs since they were puppies. For all these years, he rarely got to spend enough time with them but now they all spend most of their time together. “The lockdown hasn’t been so harsh for me to survive as I get to spend enough time with my dogs” he said.

Sakshyam KC with his cat

According to Prasai, who stays with his helper and his two dogs, he would be busy spending most of his time away from home before the lockdown. “I was spending only a few hours at my home and fewest of it with my dogs”, he remembers. But, after the government imposed a nationwide lockdown two months ago, they have all been spending the happiest times together.

He mentioned that both his dogs are often seen wiggling their bodies and rapidly wagging their tails when Prasai and his helper spend time playing with them. It is distinctly visible that they’re enjoying enough time and attention from their human parents.

Dog behaviorists and trainers mention that although it depends on each individual, typically dogs like receiving attention. They tend to seek interaction with other animals and people. “Spending good time with humans and possibly with other animals does help improve a pet’s mental health, however, this might differ from one dog to another,” said Abhilasha Sharma, a dog trainer and behaviorist.

Most of the time, it can be hard for dog parents to figure out what their dogs are trying to say through body language. They need to spend enough time around with their dogs to be able to know exactly what they’re saying. “Times like these where you are locked in your home can be a perfect opportunity to understand your pets better,” she said.

It is not just dogs and dog owners but a few cats and their owners are also making their most out of this lockdown. Nineteen years old Sakshyam KC has been enjoying the lockdown with his three cats – Cookie, Chitti and Shona. “For me this lockdown would be a lot pesky if my cats weren’t there” he said.

KC mentioned that over the time he has realized that cats are much more attention-needy than most people think. Providing the right level of attention is vital for their well-being. “Cats seek your attention and love to feel happy and secure,” Kc said, adding, “The best way to do this is by spending more time with them”.

However, even though Prasain has been enjoying his time with his pets right now, he fears that they might be affected due to an extended lockdown. “Limiting them within the house can hinder in training them properly, develop social skills and train them with good habits,” he told Republica Online. 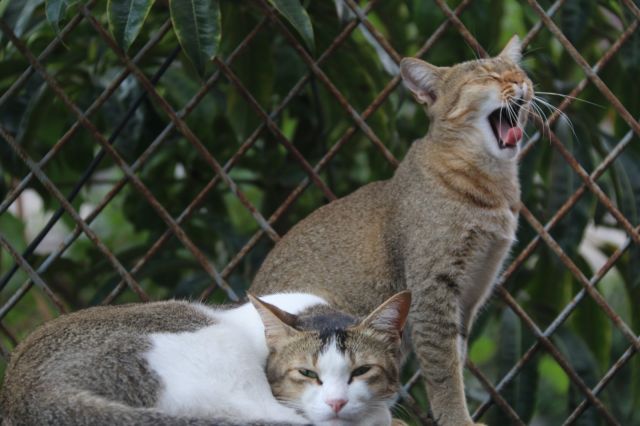 Trainer Sharma also suggested that it is important to leave dogs on their own for some time so that they can get used to a normal routine again once the lockdown ends. “Over attachment can lead to behavioral problems when facing separation,” she warned, adding, “It is important to give them time to practice for adjusting to a new ‘normal’ after these restrictions of lockdown are over”.

Nevertheless, KC doesn’t live with that fear as he knows that cats can often stay within the house and do not require much physical training or social skills.

KUALA LUMPUR, March 15: Malaysia reported 190 new cases of coronavirus on Sunday, most linked to a religious event at... Read More...

AOAN steps up preparedness against COVID-19

A family of 18 says corona is overrated
9 hours ago

800,000 households likely to get electricity for free
3 hours ago

800,000 households likely to get electricity for free
3 hours ago

'I can't breathe' protests heat up as curfews imposed in several U.S. cities
7 hours ago

A family of 18 says corona is overrated
9 hours ago