How cities are saving China 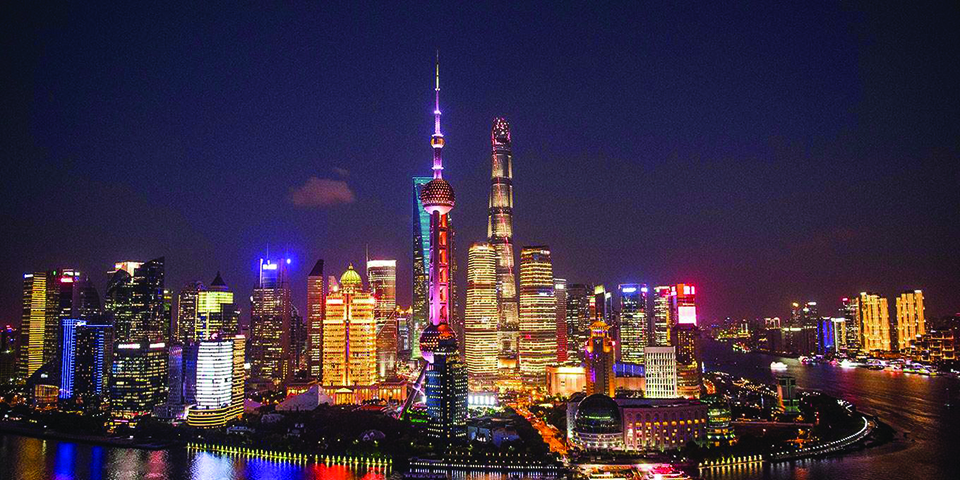 HONG KONG – The world has a demand problem, and it is dealing with it all wrong. Rather than allowing itself to be harmed by other countries’ problematic policies, China must work to create its own demand by making full use of its capacity for policy experimentation, long-term planning, and pragmatic decision-making.

In the decade since the 2008 global economic crisis, advanced economies have leaned heavily on easy monetary policy, hoping that large amounts of liquidity and ultra-low interest rates would generate enough demand to eliminate excess capacity. But this has undermined productivity, encouraged speculative activity, fueled asset bubbles, and exacerbated income and wealth inequality.

As developed-country citizens have become increasingly frustrated with this state of affairs, politicians—in particular, US President Donald Trump—have attempted to appease them with immigration restrictions and protectionist trade measures. But while this might temporarily satisfy some segments of these countries’ populations, it will ultimately make matters worse, by curbing global demand, exacerbating structural imbalances (including trade imbalances), and eventually leading to recession for all.

All of this has significant implications for China, which has become the primary target of the Trump administration’s tariffs, amid accusations that it is responsible for global excess production capacity. In this context, it is more urgent than ever that China curbs its reliance on foreign demand and high levels of investment, by fostering sustainable domestic consumption. Success will hinge on China’s continued use of what we call the “BREEP methodology,” whereby policymakers browse, research, experiment, evaluate, and push forward what works, continually refining and adapting their tools and tactics.

Since 2000, China’s long-term plan for boosting incomes, reducing inequality, and protecting the environment has depended on the harmonious progression of innovation and urbanization. Specifically, China hopes to create green and efficient urban clusters populated by increasingly educated workers who can consume in a sustainable manner.

Current economic theory gives little guidance on how to achieve the virtuous circle of rising income and rising productivity that is vital to dynamic and prosperous cities. But, using its BREEP methodology, China has learned that rejecting one-size-fits-all approaches and promoting competition among cities is a valuable means of achieving breakthroughs in development strategies.

In 2010, China’s State Council identified three major urban clusters as launch-pads for smart urbanization: the Yangtze River Delta (YRD), the Pearl River Delta (PRD), and the Beijing-Tianjin-Hebei cluster (BTH). By 2014, the PRD had morphed into the Greater Bay Area (GBA), covering nine cities around the PRD in Southern Guangdong, plus Hong Kong and Macau.

As a recent HSBC report notes, each of China’s top three urban clusters has a GDP greater than that of Spain; together, they will account for 45 percent of China’s total GDP by 2025. Of these, the GBA is the smallest by population, with 70 million inhabitants, compared with 120 million in the YRD and 112 million in the BTH. Yet the GBA contributes $1.5 trillion to China’s GDP—a total of 12 percent—and accounts for 37 percent of the country’s total exports. And the cluster’s GDP growth is significantly higher than the rest of China.

The GBA is home to a high concentration of dynamic private businesses, such as Tencent, Midea, and Huawei. It is also China’s most innovative urban cluster, generating more than 50 percent of the country’s international patent applications. And, according to HSBC, the GBA is the least burdened by inefficient state-owned enterprises and excess capacity.

The reason is simple: the GBA is far more market-oriented than its counterparts, with Hong Kong and Macau much more open to the outside world than any other Chinese cities. Both cities not only permit the freer flow of goods, services, capital, technology, talent, and resources, but also meet global standards in terms of regulations, business practices, soft infrastructure, and even lifestyles.

Of course, China’s leaders are not content simply to rest on the laurels of their successful urban clusters; on the contrary, they are working to apply their lessons across the country. For example, beginning in 2013, China’s National Development and Reform Commission studied in-depth lessons from Foshan, one of the GBA’s most dynamic cities, in order to plan the further development of the cluster with better and more innovative strategies.

The NDRC browsed studies on smart urbanization by the World Bank, McKinsey, and others, in order to gain insight into how clustering could support economic growth and innovation. To augment their research, NDRC planners worked directly with local officials, investors, and foreign experts.

Then the experimentation phase began, with the establishment of the Shanghai Free-Trade Zone and the Qianhai-Shekou Pilot Free-Trade Zone. Evaluations of those experiences led to last year’s announcement of more FTZs, as well as the Xiong’an New Area, an ambitious plan to transform—using cutting-edge technology—dusty plains in Hebei near Beijing and Tianjin into a dynamic green model city.

In fact, China is currently creating 19 “supercity clusters,” by strengthening the links among cities. By 2030, HSBC projects, those clusters will account for about 80 percent of the country’s GDP.

China should also work to foster even faster growth in urban clusters that are already successful. Within the GBA, Hong Kong, home to several of the world’s top 100 universities, has a clear comparative advantage in basic research. Meanwhile, Shenzhen, Dongguan, Foshan, and other GBA cities have a strong capacity for innovative market-oriented research and development as well as manufacturing. Improving connectivity within the GBA will thus support innovation in each segment of the supply chain, which can lead to products that can be sold to China’s 1.4 billion consumers and adapted to global markets.

The threat of a trade war may not be good news for China, but it will not bring down the economy. The real challenge China faces is to take advantage of dynamic urban clusters like the GBA not only to generate growth, but also to address structural challenges like inequality and excess capacity in financially and environmentally sustainable ways.

The strategic position that Nepal occupies in the fast-changing global context might add to Washington’s interests here ... Read More...