How can we afford it? 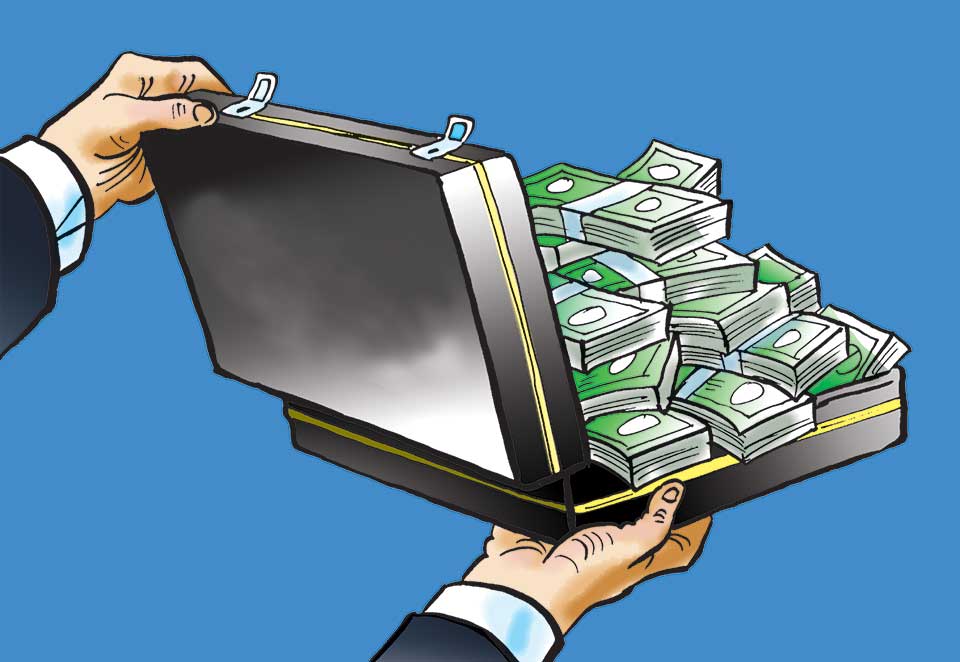 If the upcoming government is successful in materializing money laundering through one-time amnesty provision, it will set a wrong precedent.

Donald Trump’s presidential victory in the United States can be considered the global culmination of a surge in ‘democratic’ populism. In France, Marine Le Pen led far-right National Front was closer than ever to victory with one-third of the national vote.

Many rightly argue the ‘anti-immigrant nationalism’ card that both Trump and Le Pen played to their advantages, violates human rights values. Podemos, a populist political party in Spain, advocated voting rights for immigrants. Isn’t it ironic that two political parties across two neighboring countries with clashing dogmas are both populists? Hence, populism is contextual. It doesn’t have any steadfast definition.

Economically, populism came to be, to both left and right, as a result of a failure of the neoliberal regime. Privatization, fiscal austerity, and deregulation have stagnated lives of ordinary people in the developed world in terms of income and opportunity.

Leaders have made populist promise of turning Nepal into Switzerland but
have they done
enough to bring
power to people?

Juxtaposing populism in developed and developing world offers insightful and subtle nuances. The Arab Spring that began in Tunisia in December 2010, called for creating economic opportunities for millions of poor and unemployed people. Nonetheless, the revolutions were more significantly defined by a desire for freedom from government corruption, torture, and the police state. However, we may not look any further than our country to speculate about the economic viability of populism.

Tall promises
During his reign as the Prime Minister, KP Oli shared his dream of Nepal’s own port, lined with ships bearing Nepali flags and installing gas pipes in every home. He had also predicted country’s economic growth to increase to 6.5 percent within a year.

What Oli did was provide easy answers to ordinary people’s real frustration. It was evident that Oli’s populism appealed to common people. That populism grew more resolute during the elections as the left-alliance continually portrayed the Nepali Congress and its auxiliaries as bourgeois capitalists unfairly dominating the political sphere. The alliance very aptly created ‘us versus them’ divide, with us representing the alliance and the ordinary people and them the capitalists.

Most parties made hefty economic promises prior to the elections. However, the one promise that has been much debated lately is the elderly allowance. The leftist had promised to raise the allowance to Rs. 5,000 from 2,000 per month. When the leftist promised to raise the allowance, they didn’t think about the sustainability of the allowance or generating revenue through various measures. They barely regurgitated the internal desire much like Trump’s desire to build a wall. Trump more famously stated that Mexico would pay for the wall, because like every other politician, he obviously didn’t know where the money would come from.

Where is the money?
Not too long ago, much was made about Nepal’s tax-to-GDP ratio becoming one of highest among South Asian countries and at par with South Korea. However, the ratio of direct taxes to indirect taxes in total tax revenue in South Korea is 65:35, compared to 20:80 in Nepal. It is important to understand that such inequitable ratio negates the ‘value’ of the allowance.

Direct taxes don’t affect the prices of goods, whereas, indirect taxes raises the relative price of the goods on which it’s levied, and therefore causes people to substitute cheaper goods for expensive goods. Therefore in our context, the price-distortion caused by indirect taxes reduces people’s welfare. A well functioning and balanced direct and indirect tax revenue system can pave way for sustained and inclusive economic development. It would require generating millions of jobs along with other fiscal measures to make up for the lack of direct taxes.

Currently, about five percent of country’s population (1.3 million people) is estimated to be 65 years or more. If the pensioners among them are cut, the allowance receiving population is less than five percent. However, the number of allowance receiving people is going to increase at a significant rate in the future, considering 60 percent of the population is between 15 to 65 years old and 35 percent younger than 15. Additionally, with increasing life-expectancy, many have rightly questioned the economic viability of the allowance now and in future.

Bad precedent
K P Oli, who is seen as prime minister in waiting, recently flirted with the idea of turning ‘black’ money into ‘white’ only if it’s invested in the productive sector. He was critical of the anti-money laundering act and suggested an amendment. Hypothetically, ‘black’ money can supposedly aid production and spur growth—if the government implements a rigid mechanism whereby, 25 percent of the laundered money goes to the state coffer, and the rest is channelized into some production base within the country, maybe growth can be achieved. That ‘if’ is questionable but what is unequivocal is that money laundering is going to encourage more people to continually amass large amounts of money through illicit activities.

If the upcoming government is successful in materializing money laundering through one-time amnesty provision, it will set a wrong precedent. The next government too could do the same and the next one too. Can we really trust our leaders to not give way to their vested interest while doing so? History suggests we can’t. A UNDP’s report on “Illicit financial flows from the least developed countries: 1990-2008” concluded that US $ 9.1 billion was siphoned out of Nepal during the period 1990-2008. It was done through the voluntary income disclosure scheme (VIDS) that accepted any earnings as legitimate.

What next?
A simple tweak in indirect taxation policy could benefit millions of poor people. Reducing Value Added Tax (VAT) and increasing excise duties on luxury items to make up for it would increase the purchasing power of the poor. The World Bank’s series of ‘Voices of the Poor’ chronicled experiences of the poor across the world. The series concluded that it wasn’t lack of money that was at the core of bad life. Rather it was powerlessness.

From the time I can remember, leaders have made populist promises like turning Nepal into Asian Switzerland and so forth, but have they done enough to bring power to the ordinary people?

Lumbini as the birth place of Gautam Buddha is not even a subject of debate: Nepal
31 minutes ago