How Bangladesh’s fourth estate abandoned its people during the pandemic 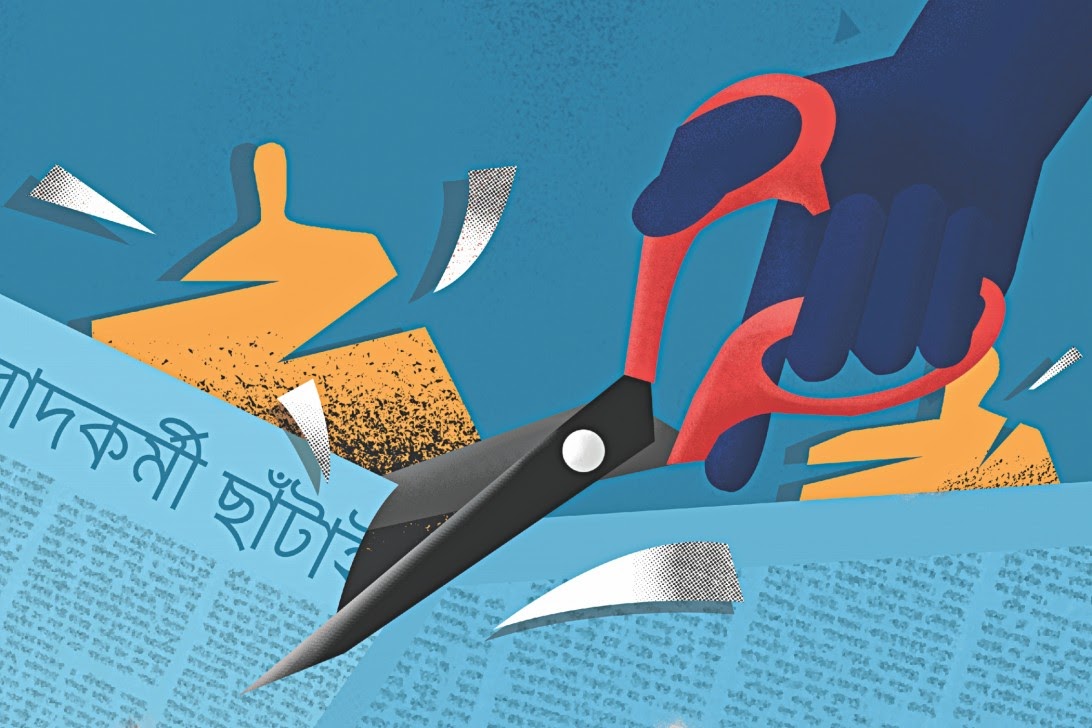 DHAKA, May 3: Months of unpaid salaries, unending unpaid leaves, unpaid termination benefits and penalising unions  -- this is what the pandemic has left the news industry with in Bangladesh.

An introspection into the fourth estate reveals that those tasked with speaking up against violations have been the victims of gross labour rights violations themselves.

When a legacy newspaper with ruling party alignment terminated 36 people on March 15, 2021, it led to a messy series of events.

First of, the ones terminated claim that they were all members of a trade union, and that those unionising were penalised.

“We formed a union two years ago because we wanted to pressurize the establishment to pay the arrears of the previous years. At the time of termination we were demanding that we receive increments -- there had been no increments in the newspaper for 8 years,” claimed Bivash Barai, a journalist who was fired. She was head of the union unit at the newspaper.  “We were also demanding that those not on the wage board be regularised and brought back under the board. We gave a letter to the establishment on March 4, 2021 stating our demands.”

36 of them got a termination letter 11 days after the letter was submitted, stating that they were not needed at the newspaper. On April 11, they organised a protest in front of the office.

“We had come to the gate, and the gate was closed and there were police. Inside the gate, there were many people sitting facing the gate with rods, sticks. But we had no idea who they were, and we had never seen them before,” said Bivash Barai.

As the journalists protested, suddenly hell broke loose. “When we were not being allowed into the building, protesters threw small rocks targeting the gate. The armed people retaliated by attacking the protesters with rods,” said Shaju Ahmed, a former sub-editor at the newspaper. He was attacked from behind, was hit on his head several times.

“I am a heart patient, so I could not run. They kept saying that they ‘will break my hips so that I would not be able to do journalism’,” said Shaju. As blood flooded his eyes, the 47-year-old slipped into a haze.

“I fell on the ground and lay there. They beat me all over my body. My left leg had a prior surgery, and that was affected more. I still cannot walk properly. I have headaches all the time,” said Shaju, who had worked at the newspaper for over seven years. 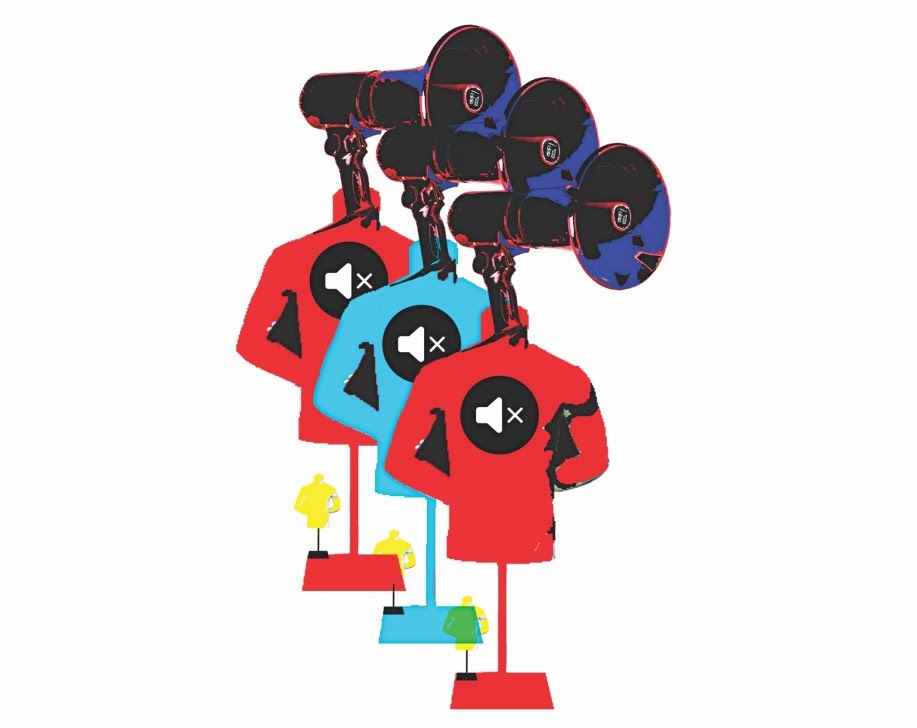 Illustration: Tahsin Agaz Apurbo/Bangladesh
At another prominent newspaper owned by a leading industrial group, senior employees were put on unpaid “leave” on June 10 last year, that has still not ended.

“29 of us were given letters on June 10,” said a former senior reporter of the newspaper requesting anonymity. Later, there were around 50-60 reporters on leave. The news organisation is neither terminating him lawfully, nor asking him to come back to work, he recently resigned, thereby forfeiting the termination benefits he was entitled to.

“They did not terminate us, so I only received my provident fund, but not the service benefits,” said Naushad Jamil, a 37-year-old culture reporter who worked at the organisation for 11 years. “This is a violation of the labour law.”

At a slightly smaller newspaper owned by a social service organisation, journalists have not been getting paid for months at a time. “I was terminated in April 2020. Those of us who were part of the union were terminated first -- six of us first, then six more people. I was the Dhaka Union of Journalists’ unit chief at the newspaper,” said Motlu Mallik, a former chief reporter.

“When we left in April, they had fallen behind on salaries by two months, which went on for three months later. They cleared dues of five months at a time, but then they stopped paying again for eight months,” he said. The employees are not getting a single taka, informed Mallik.

While all is less than rosy in the city centre, the journalists out of Dhaka fared far, far worse.

Al-Mamun Jibon, a reporter from Thakurgaon, was served a double blow when he was sued under Digital Security Act and his salary stopped at the same time.

He used to work for a relatively smaller newsroom, and on March 26, he received a letter saying his honorarium would be stopped. “It said that if I still wish to contribute news, I was welcome to do so, but that I would not be paid anymore,” said Jibon.

Then on April 15, he was hit with a DSA case for putting up a social media post about how the mismanagement of the administration led to a surge in COVID-19 cases. “Since then I have been on the run, for the fear of arrest, until I got bail on September 2. Meanwhile my earnings were nil from the newsroom,” said Jibon.

Another 34-year-old reporter from Sunamganj, who requested anonymity, spoke of his battle with a large newspaper in December 2019. He received his contract only in March of this year.

“I started working for the paper in December 2019. I have not gotten any recruitment/contract letter since then. I sent 3-4 current news every day, plus 3-4 special stories every month. In addition, I secured them ads worth Tk 70,000. I only got a contract letter last month, and hopefully will start getting a salary soon,” he said.

A group of researchers from Drik, led by Dr Saydia Gulrukh, interviewed 100 journalists between October 2020 and January 2021, and found several violations across the board.

“Journalists have been found to have been terminated with no notice period at all at newsrooms of all sizes,” stated the report, a draft of which was shared with this correspondent. It adds that while retrenchment is legally allowed, the worker must be given a notice a month in advance.

“Terminated journalists are facing a lot of difficulty extracting the gratuity and provident fund which is rightfully owed to them,” said the report. Owners also recruit journalists, but fail to provide recruitment contracts until long after they have started working, it added.

A sense of despair and hopelessness about the future was prevalent sentiment among the journalists interviewed by The Daily Star.

“Will this report change anything?” questioned Jamil. The answer to that unfortunately, is not known.

Islam is a reporter with The Daily Star in Bangladesh

DHAKA, Bangladesh, Oct 23: Offspinner Mehedi Hasan claimed a Bangladesh test match record of 12-159 as his side secured a first-ever win against... Read More...