How Asia can survive Trump 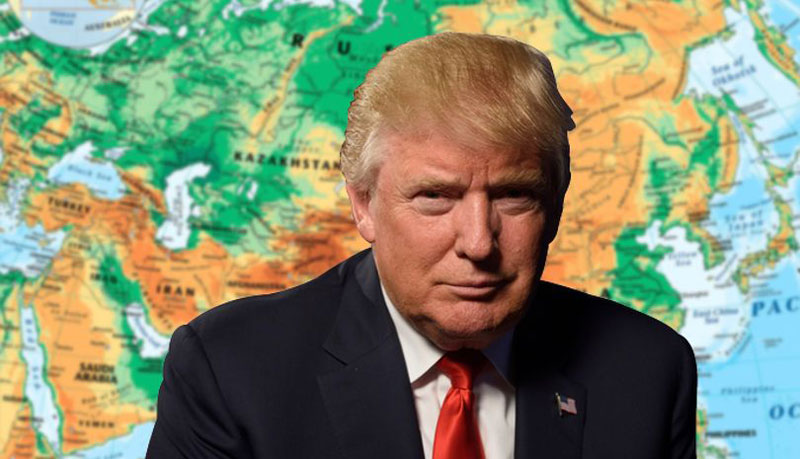 Donald Trump may reverse President Barack Obama’s strategic “pivot” toward Asia, leaving the region in chaos
Judging by US President Donald Trump’s behavior since his election, and by the explicitly isolationist message of his inaugural address, it seems safe to assume that his administration’s foreign policy will upend many long-held assumptions about America’s role in the world. This may be particularly distressing to America’s Asian allies.

It is far too soon to say what, exactly, Trump’s presidency will mean for Asia. The spectrum of possibilities is broad. Trump may reverse President Barack Obama’s strategic “pivot” toward Asia, leaving the region in chaos. He may maintain a focus on Asia, but with a more militarized approach. Or he may join with China to create a kind of G2 of the world’s largest powers.

In any case, it seems clear that after decades of broad continuity—since President Richard Nixon and his national security adviser, Henry Kissinger, made their surprise trip to China in 1972—America’s policy toward China is open to question. Countries that depend on US security guarantees for their defense—such as Japan, South Korea, and Australia—are highly concerned.

Many Asian countries, through deep and predictable political engagement with the US, have grown accustomed to America’s commitment to their security. And, in contrast to multilateral security arrangements like NATO, America’s Asian alliances are founded on individual bilateral pacts. As a result, these countries are particularly vulnerable to Trump’s vicissitudes.

Bilateral alliances maximize the control that a great power can exert over smaller allies, whereas multilateral arrangements distribute power and influence more evenly. And that is exactly how it works in Asia, with the US at the center of a hub-and-spoke system, with other countries connected only through that center. That structure, known as a star network, works well for coordinating activity or accumulating resources.

As political scientist Victor Cha argued before the election, changes in regional capabilities, the emergence of new threats and challenges, and the diffusion of connectivity in the twenty-first century argue for a new, more multilateral security structure in Asia. Trump’s suspicion of multilateral institutions—and his unwillingness to absorb the costs of persuasion, side payments, and organization that centralized leadership demands—makes that shift all the more pressing.

Instead of falling into despair, America’s Asian allies should take matters into their own hands and start networking. By building and institutionalizing ties among themselves, US allies in Asia can reshape their regional security network from a US-centric star to a mesh-like pattern, in which they are as connected to one another as they are to the US. Such a system can strengthen stability for unsteady times, in three vital ways.

First, if the US falls short on meeting its regional commitments—for example, to engage in capacity building with partners confronting China’s aggressive assertion of territorial claims in the South China Sea—networked partnerships can help allies to compensate.

Already, Japan, Australia, and South Korea provide security assistance to Southeast Asian countries on a bilateral basis. A multilateral coordination mechanism would enable these countries to harmonize their efforts, thereby boosting their capacity to advance their shared security interests, even if US resources and leadership dwindle.

Moreover, if allies in Asia are skeptical of US intentions, networked partnerships can give them the leverage to demand greater transparency. The US regularly discusses sensitive defense and human-rights issues relating to North Korea with its allies in Japan and South Korea, but only separately. That leaves these countries dependent on the US for both information and capabilities.

By grappling with North Korea in a trilateral setting, however, South Korea and Japan could triangulate the information they receive from the US and increase their agency in formulating a response. Their recent GSOMIA intelligence-sharing agreement is a meaningful step to promote such transparency through networking.

Similarly, such a networked approach could put Asian countries in a much stronger position to restrain the US if the Trump administration took destabilizing actions in the region, such as by exacerbating tensions with China. Already, Trump has raised doubts about his commitment to the “one China” policy—including by accepting a congratulatory phone call from Taiwan’s president after the election—and threatened to impose high tariffs on China, which he has accused (wrongly) of devaluing its currency to gain an unfair trade advantage.

If Trump continues along this path, China has declared, it will respond in kind. None of this would be good for US allies.

Of course, if one of America’s relatively small allies tried to confront the US over its actions, it would face high costs and a low chance of success. But if multiple allies worked together, through international institutions and multilateral dialogue, they might be able to persuade Trump’s administration to change course, without harming their own vital interests.

The good news is that America’s Asian allies would not have to start from scratch. Over the last several years, some networking has been occurring organically. Japan has concluded bilateral economic and security agreements with the Philippines and Australia.

The Association of Southeast Asian Nations is not just a deeply networked organization; it has also been actively cultivating relationships with its Northeast Asian neighbors through a set of bilateral and multilateral agreements.

The Obama administration recognized this trend. In 2016, it began to promote the idea of a “principled security network” in Asia—a tagline that is unlikely to survive Trump’s presidency. Obama has also held trilateral meetings with Japan and South Korea.

Mesh networks are highly resilient, because no individual node is critical to the structure’s survival—even if one link breaks, the structure survives. The logic is used in designing everything from fences to fishing nets. It is time to apply it to Asian security arrangements. If they take the right steps, America’s Asian allies may emerge from the Trump era more resilient and secure than ever.

Slaughter is President and CEO of New America. Mira Rapp-Hooper is a Senior Fellow of the Asia-Pacific Security Program at the Center for a New American Securit.