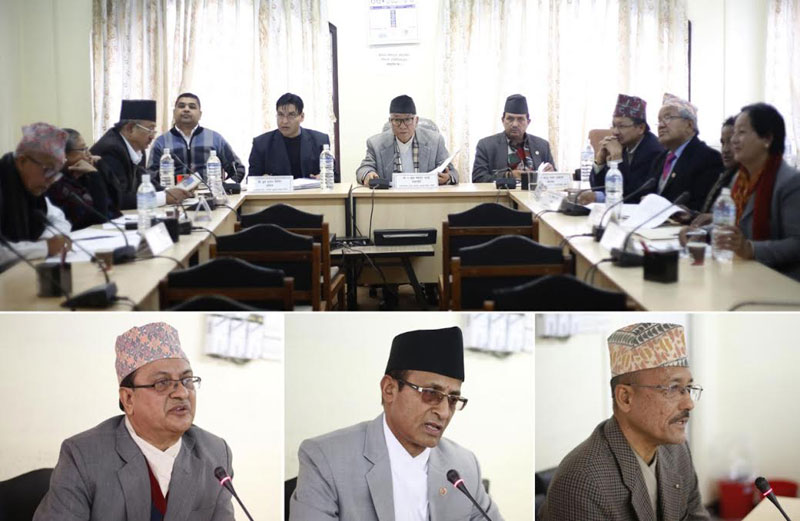 The committee meeting on Tuesday afternoon unanimously endorsed the recommendation of the Constitutional Council for appointing Dahal, Paudyal and Shah as the members of the Election Commission.

Constitutional Council on January 27 had recommended the three names for the appointment in the commission.

As the House committee endorses the recommendations, the Election commission will get full-shape as the constitutional deadline for holding elections of all three tiers has been approaching near.

Chief commissioner Ayodhee Prasad Yadav and commissioner Ila Sharma are only the office bearers so far in the five-member EC.

Paudyal, a former defense secretary, is considered a competent bureaucrat. During his stint at the Defense Ministry, Paudyal took the lead in important reforms, such as making procurements at the army more transparent and the promotion of top brass more fair.  Poudyal, who took charge as defense secretary when then prime minister Sushil Koirala was himself looking after the Defense Ministry, is believed to be close to the Nepali Congress.

Former EC secretary Narendra Dahal was backed by the main opposition CPN-UML.
Before going to the EC, Dahal had served as chief district officer in various districts and also worked briefly as head of the National ID Card Management Center under the Home Ministry.

Sudheer Kumar Shah has served in various districts as chief district officer. Just before retiring from the civil service, he was head of the Peace and Security Division of the Home Ministry. This portfolio was then held by the Maoist party and Shah's recommendation for EC commissioner is also backed by the Maoists.

KATHMANDU, March 27: Setting limits to ostentation during  social functions such as weddings, a parliamentary panel has endorsed the Bill Related... Read More...

KATHMANDU, July 6: The Industry, Commerce and Consumer Welfare Protection Committee of the parliament on Tuesday directed the government to... Read More...