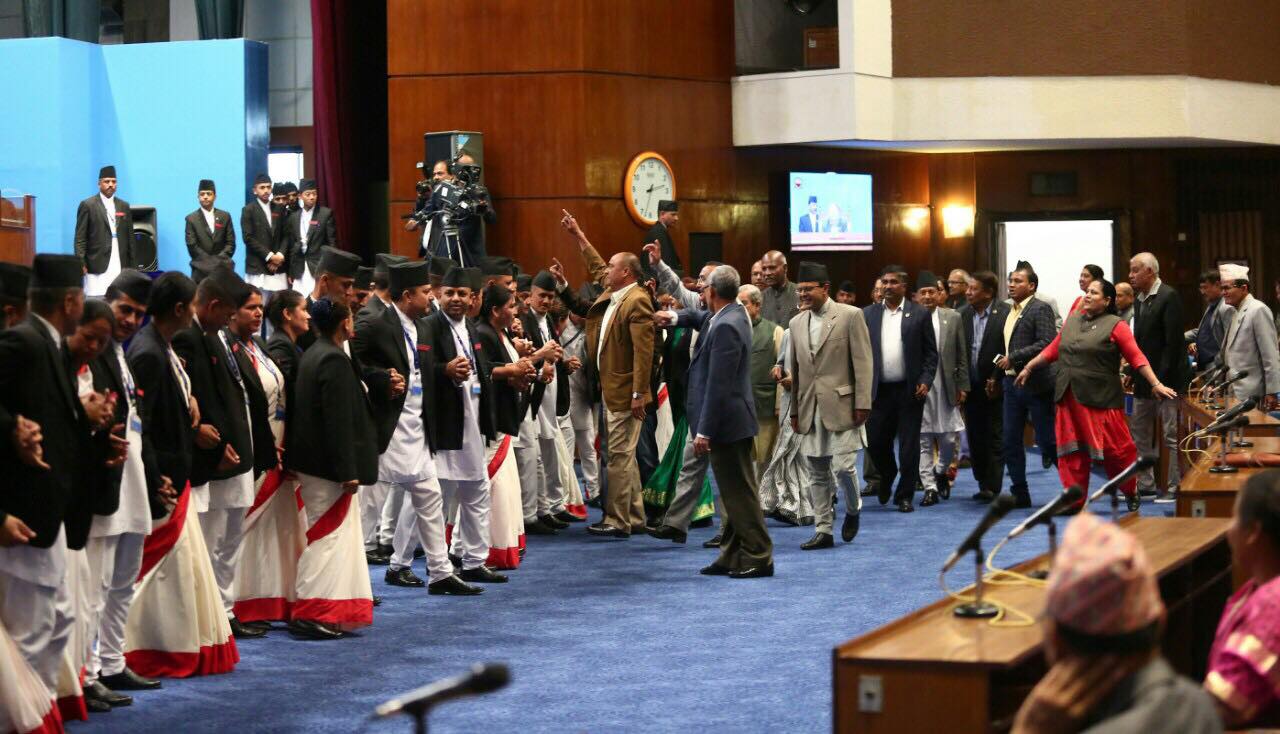 KATHMANDU, August 1: The meeting of the House of Representatives(HOR) adjourned till Thursday on Wednesday has been postponed again until August 5 after the all-party meeting called by House speaker Krishna Bahadur Mahara failed to forge consensus on issues raised by the opposition parties Nepali Congress(NC) and Rastriya Janata Party-Nepal(RJPN).

Parliament secretariat apprised lawmakers of information on the postponement of the House meeting by issuing an information notice.

The parliament secretariat has postponed the HOR meeting untill August 5 because the parties are still trying to bridge their political differences in a bid to allow the HOR to carry out its proceedings, the information notice stated.

NC and RJPN lawmakers have been obstructing the proceedings of the House of Representatives since July 9, 2019 demanding the formation of a parliamentary committee to probe the death of Kumar Paudel, the then in-charge of Sarlahi district committee of the outlawed Netra Bikram Chand-led party and Saroj Narayan Singh, a RJPN cadre.

Paudel was reportedly killed in a police encounter while Singh was shot dead during the protest against the death of a child was drowned in the sand pit full of water in Sarlahi.

While tendering her resignation from the post of deputy speaker of the House of Representatives on Monday to pave the... Read More...

KATHMANDU, Aug 13: Lawmakers at the House of Representatives (HoR) have drawn the attention of government over various issues of... Read More...

KATHMANDU, Nov 19: A sub-committee under the Education and Health Committee of the House of Representatives (HoR) is to start clause-wise... Read More...