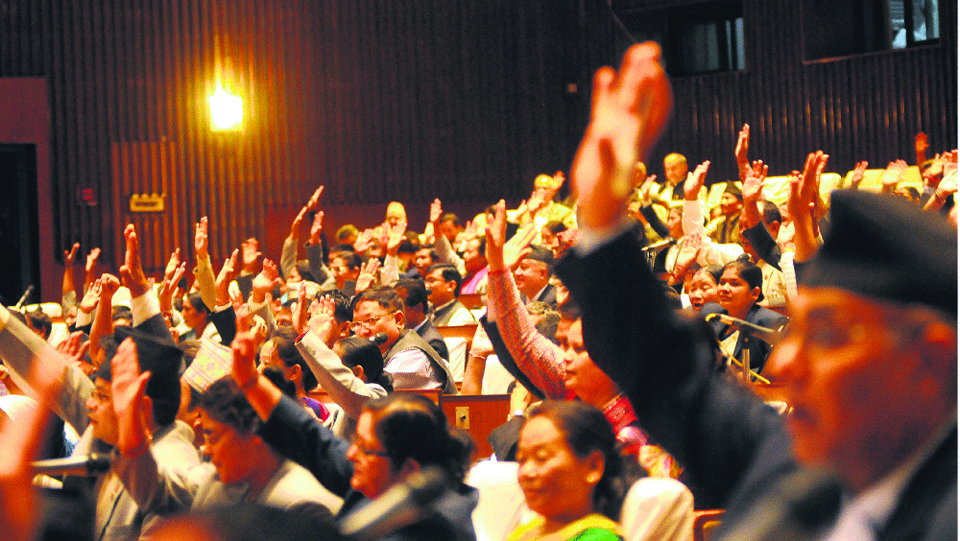 KATHMANDU, March 7: Today's meeting of the House of Representatives has passed the proposal seeking consideration on 'Public-Private Partnership and Investment Bill-2075', with majority.
Minister for Finance Dr Yuba Raj Khatiwada on the behalf of Prime Minister KP Sharma Oli presented the proposal.

Before this, lawmaker Dev Prasad Gurung said that there should be participatory and supportive role of private sector for nation building, adding that public-private partnership was necessary for country's prosperity.

Stressing the need of keeping domestic investment in priority rather than foreign investment, he said that investment should be approved keeping national sovereignty and security in mind.
Similarly, lawmaker Janardan Sharma said that although the bill was brought in order to fulfill the expectation and spirit of development, it lacks concrete plan.

He also cast doubt over effective work of Investment Board Nepal on time as IBN structure is not much efficient.

Likewise, lawmaker Som Prasad Pandey said that the role industry would be great in making country a prosperous. He underscored the need of making clear plan to attract foreign investment.
He further said that a special and technical committee should be formed to monitor the IBN.

Lawmaker Khagaraj Adhikari stressed the need of increasing limit of capital at a time when the country has moved ahead towards the journey of prosperity. He further said that the bill has not clearly mentioned about the provision to resolve the problem of land acquisition to operate industrial projects.

Lawmaker Navaraj Silwal said that the bill will attract the private sectors for the investment. Lawmaker PremSuwal said that provision of the bill to forward the big project through Investment board without informing sovereign parliament was principally wrong.

Similarly, lawmaker Bharat Kumar Shah said that the board to be formed under the chairmanship of the Prime Minister was failing to incorporate the parliament and opposition parties.

Lawmaker Divyamani Rajbhandari opined for incorporating opposition lawmakers in the board.
Finance Minister Dr Khatiwada while responding the queries of lawmaker said that the bill was essential to pave the way to prosperity and socialism with the cooperation of all as the constitution has clearly maintained the way for socialism.