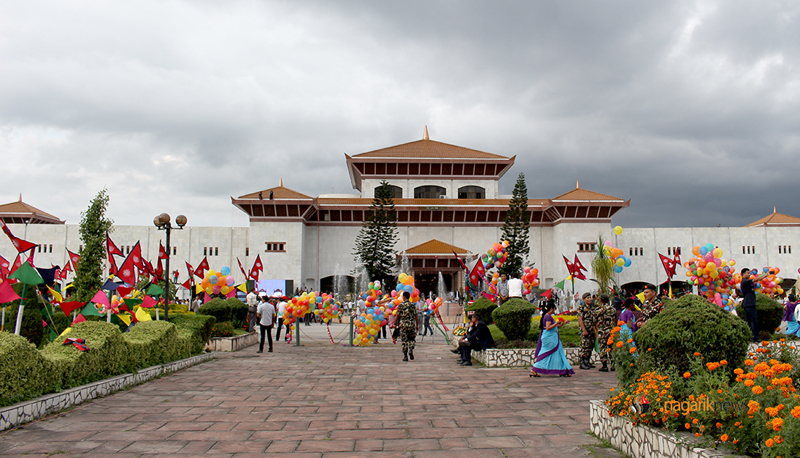 As many as 29 bills are pending in parliament and over a dozen of them are unlikely to make it through  before the House dissolution, largely because of the long Dashain and Tihar holidays in late September and early October.

Officials at the parliament secretariat said the public holidays and Speaker Onsari Gharti’s foreign visits leave little time for the House to hold the all-important discussions required before approving the bills.

As per the new constitution, the tenure of the current parliament ends a day before candidacy nominations for the election of the new federal parliament. The Election Commission has set October 22 as the date for candidacy registrations.

If  parliament is dissolved before the pending  bills are passed, the government will have to submit the same bills again at the parliament secretariat and the  whole process for endorsement has to be repeated.

A bill on high courts is still in the House although the government has already formed the seven High Courts and appointed judges.

The House has given priority to some urgent bills, including the bills related to the Election of the National Assembly, the Election of the President and Vice President, and Civil Servants Integration. The need for these will arise immediately after the federal and provincial elections.
The House also needs to endorsed before the expiry of its term some other bills including those pertaining to the duties and responsibilities of the province chiefs and the formation of the provincial governments. But these bills have not yet been registered in  parliament.

Some bills have been pending  since 2014. These include bills concerning the civil code and the civil procedure code, the criminalization of torture, and reformation of social behavior.
The House  forwarded the civil code  bills to the Bills Committee for revision earlier this week.
Meanwhile, Speaker Onsari Gharti embarked on a five-day visit to China on Wednesday after endorsing seven bills on a single day, including one controversial bill, without  proper discussions being held  in  parliament.

Lawmakers have expressed their resentment over the endorsement of the Education Act (Ninth Amendment) Bill through a fast track.

Gharti is also scheduled to visit Sri Lanka for four days. She will be outside the country for 11 days. With the festival season already here, there are 17 public holidays over the coming 30 days.
Parliament is yet to endorse a bill related to language although it should have been approved a year after the promulgation of the constitution. The government had formed the Language Commission a year ago.

Similarly, a bill pertaining to the high courts is still under discussion in the House although the government has already formed the seven High Courts and appointed judges for the provincial courts. The bill, among other things, will fix the salaries and perks of the judges.

According to a bills department report, 18 bills are still under discussion at various House committees and two are yet to be tabled in the House.

KATHMANDU, Oct. 7: The Friday meeting of the Legislature-Parliament passed two bills relating to finance which are directly associated with... Read More...

KATHMANDU, Sept 30: A meeting of the Legislature-Parliament has endorsed the three bills related to the annual budget with majority on... Read More...

NC should stand together: General Secretary Koirala
12 hours ago