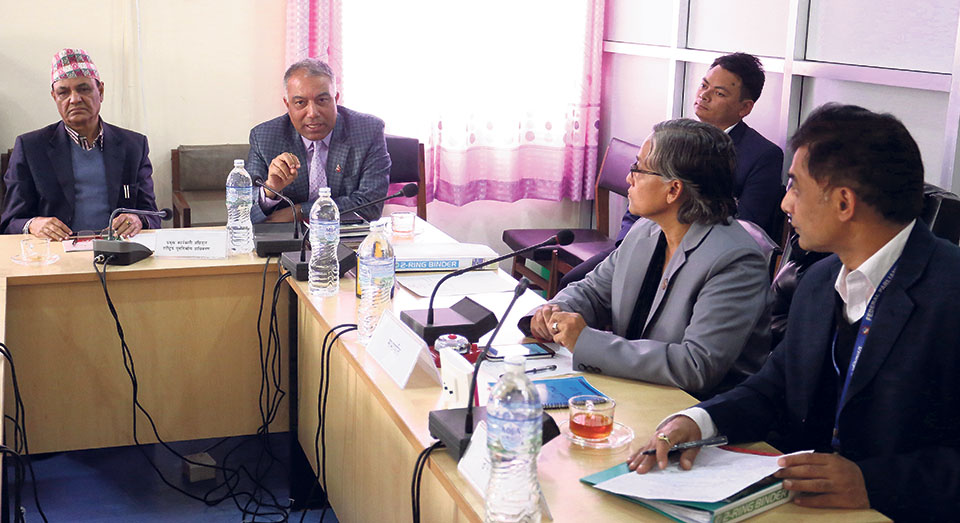 KATHMANDU, Nov 21: Various parliamentary committees have been struggling to achieve quorum for their meetings as many lawmakers have not returned to Kathmandu after the festive season.

A meeting of the Development Committee of the lower house scheduled for Tuesday was postponed until further notice citing lack of quorum. Chief Executive Officer of the National Reconstruction Authority Sushil Gyewali waited at the committee hall for half-an-hour but the meeting could not take place as only 13 members arrived. At least 14 members were needed to proceed therefore the meeting had to be postponed.

According to the committee secretary Bamshi Raj Paudel majority of the 26 committee members had promised to attend Tuesday's meeting but only 13 turned up.

Earlier, the meeting of the Finance Committee scheduled for Monday morning was deferred in lack of quorum. Finance Minister Yubaraj Khatiwada and Minister for Physical Infrastructure and Planning Raghubir Mahaseth had arrived for the meeting and waited for quorum in vain. Failing to meet quorum even after repeated calls to the absent lawmakers, the committee chair postponed the meeting for the afternoon.

Also, a meeting of the Public Accounts Committee (PAC) was delayed Tuesday in lack of quorum. The meeting proceeded later after several absent members arrived after phone calls by committee members.

Rule 179 of the House of Representatives Regulations has stated that at last 51 percent of members must be present for any parliamentary committee meeting to proceed. But meetings can proceed in the presence of only 25 percent members after two consecutive postponements in lack of quorum.

As the winter session of parliament unlikely to start anytime soon, most of the parliamentarians are busy in their constituencies discussing and finalizing infrastructure projects. They were required to finalize projects under the the local infrastructure development partnership program to the Ministry of Federal Affairs by November 16. Each constituency is provided Rs 40 million for a maximum of 20 projects. These projects are picked jointly by the parliamentarian and local body representatives.

KATHMANDU, Jan 27: The Constitutional Council (CC) has recommended the names of three persons as the members of the Election... Read More...