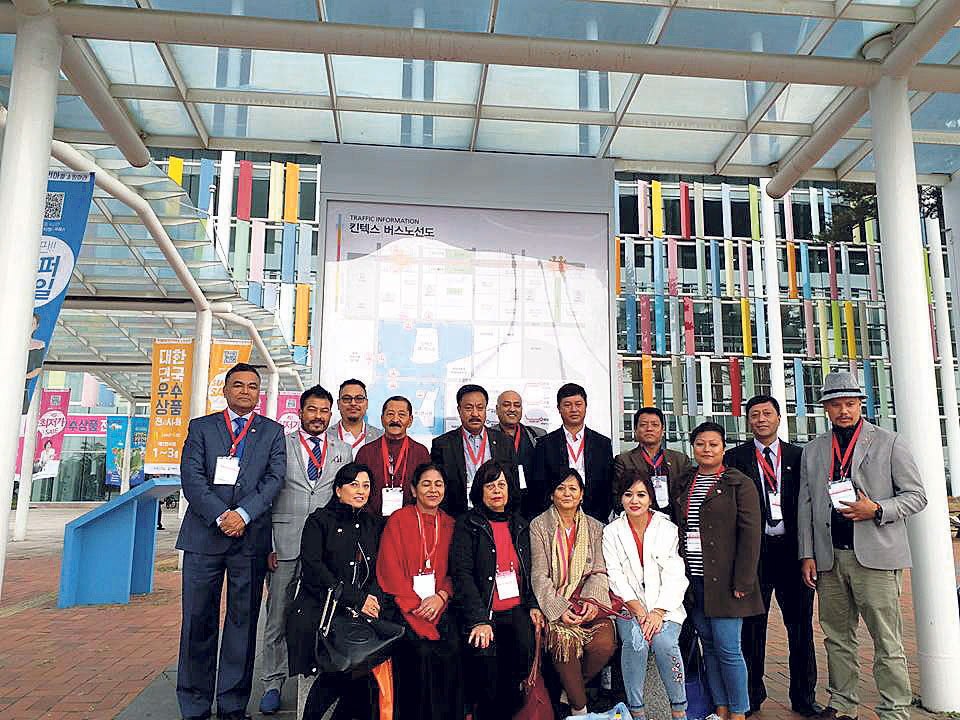 KATHMANDU, Nov 4: Hotel Association Nepal (HAN) has organized a promotional program in the South Korean capital Seoul on Friday in association with the Korean Embassy based in Nepal, Nepali Embassy based in Korea, Nepal-Korea Chamber of Commerce, Non Resident Nepali Association Korea, Korean Airlines, and Nepal Tourism Board.

Issuing a statement on Friday, HAN said that the event was organized aiming to increase Korean tourists in Nepal as well as to attract Korean investment here.

The event was conducted in the presence of Korean government officials, travel agents, NRNA, and the representative team from Nepal, added the statement.

During the event, representatives of Korea and Nepal discussed bilateral relations between Korea and Nepal and ways to promote tourism and trade between the two countries. The Nepali team also met with officials of Korea Trade-Investment Promotion Agency and visited G-Fair Korea organized at Kintex Exhibition Center, the statement added.