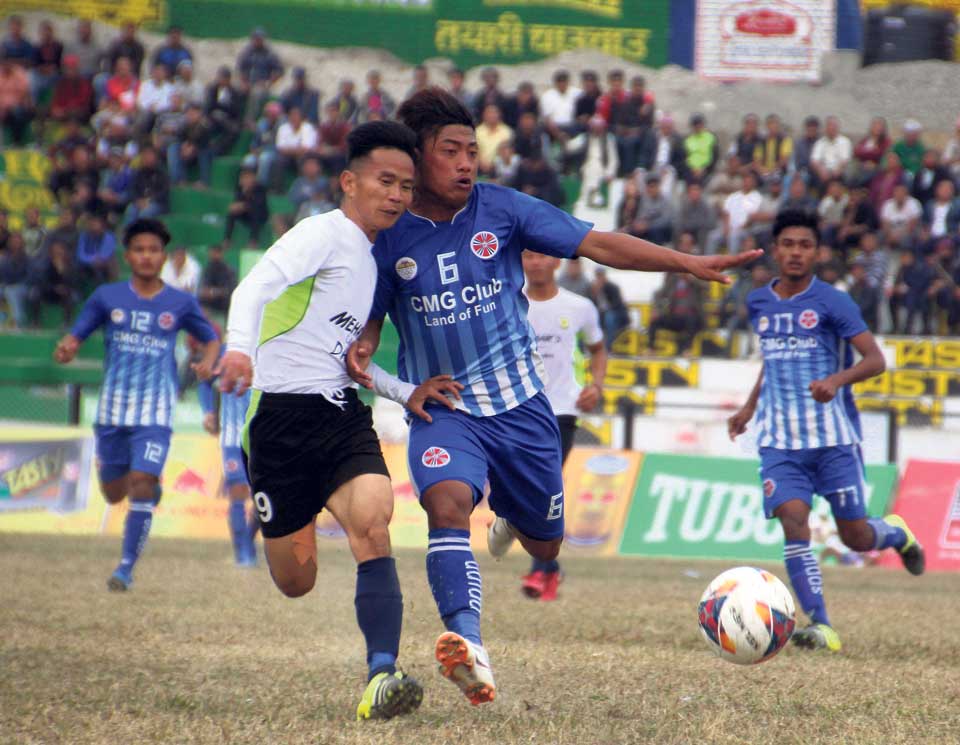 The first semifinal match was pushed into the tie-breaker after the regulation time ended in a goalless draw. The game saw no addition of extra time due to limited time. Dharan goal keeper Binay Shrestha was the hero as he stopped two Sankata spot kicks.

Dharan has been facing criticisms for failing to win the title despite the tournament being played at home.

Dharan will now take on either Cameroon’s Dauphins Football Club or the departmental team Nepal Police Club who will face each other in Friday’s second semifinal match. The final is scheduled to be played on Saturday.

Both the teams got enough chances to score in the regulated time, but could not capitalize them.

For Sankata, Ruchal hit a shot from near the danger area, but his shot was brilliantly saved by Dharan keeper Shrestha in the 39th minute. Shrestha also saved a shot from Roshan Pahari in the first half injury time. Likewise, Dipesh’s shot was again saved by Shrestha in the 50th minute, while Subash Gurung hit a corner a minute after, and the header from Roman Limbu was caught by Shrestha.  Also, Amit passed the ball to Aba, but his shot was punched away to safety in the 19th minute.

Shrestha was adjudged the man of the match for brilliant shot-stopping performance and was rewarded with Rs 15,000.