A female patient at the Nepalgunj-based Bheri Hospital’s corona ward was struggling hard to breathe through an oxygen pipe connected to her mouth. A male standing by her side, was trying hard to console her. “You’ll be alright. Keep your spirits high,” he repeated at frequent intervals. The patient, however, seemed to have been severely impacted by the disease.

A male patient, aged 55, in the same ward looked more critical. Three other members of his family were there to take care of him. They were praying to God as they massaged his body to relieve him of his pain. “God! Please, save my dad,” his daughter mumbled as she stood by him.

A young patient was seen fighting frantically for his life since he was admitted to the hospital's most sensitive ward a week ago. His father looked at his son’s face time and again. Tears rolled down his cheeks as he prayed for his son’s life. “I wish I could take my son back home. Unfortunately, his health condition is turning from bad to worse,” he said.

The bed number 12 of the ward is occupied by a septuagenarian female patient, who, however, was not attended by any caretaker. She was twisting and turning in pain. She kept on struggling on her bed as she wailed, “My chest is burning, help me!” 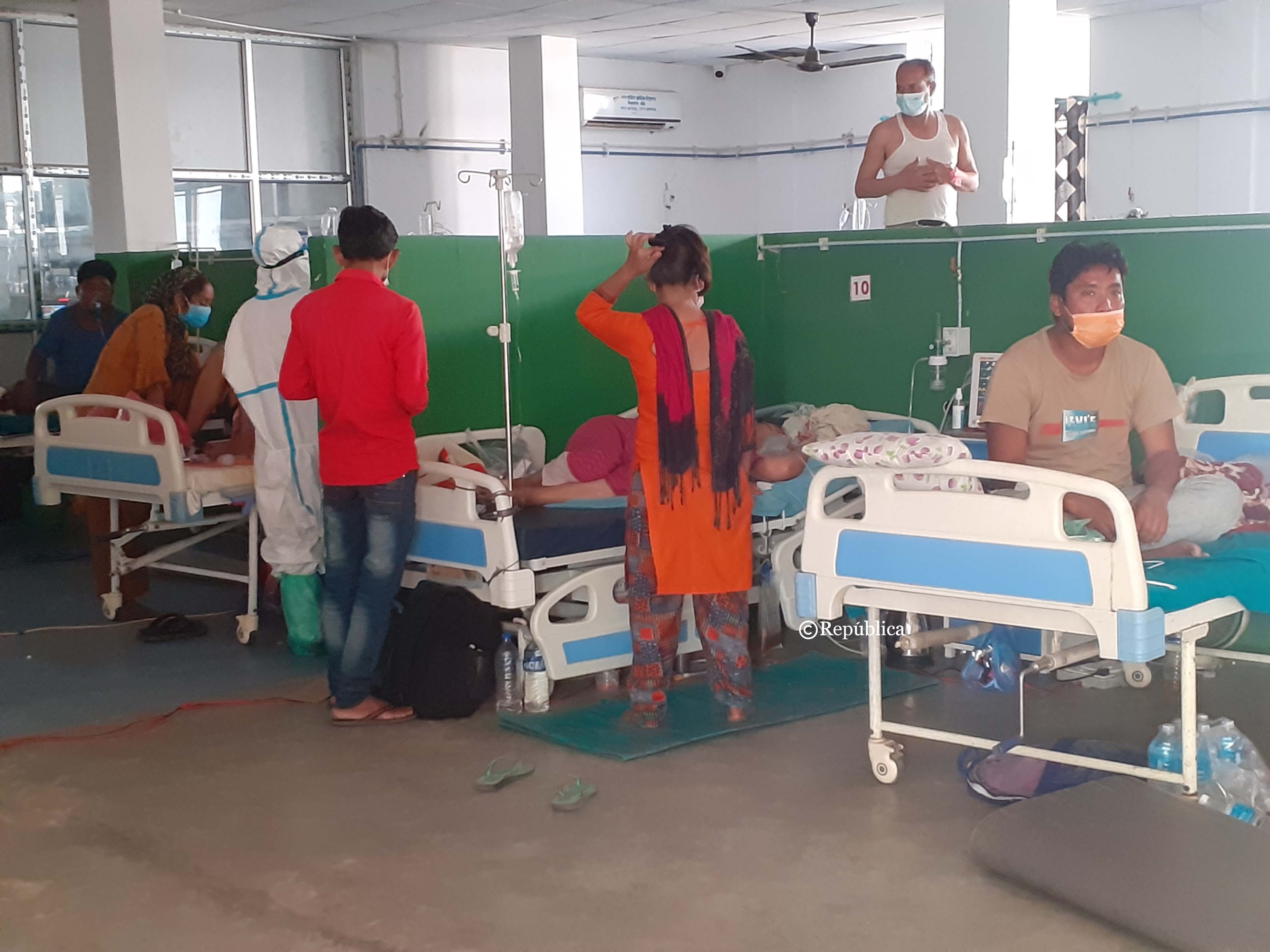 The above-mentioned scenes are common at the hospital’s ward designated for the treatment of the coronavirus disease. Most patients are fighting for their lives with the support of supplemental oxygen supplies. The number of medics mobilized for the corona patients is very few as compared with the inflow of patients. The relatives of the patients, however, applaud the services offered by the health workers despite limited resources and manpower crunch.

Hemantaraj Kafle, who had been staying vigilant at the hospital for the last three days after one of his relatives tested positive for the deadly virus, said that the situation in the hospital is scary. “I have never seen such a dreadful scene during my entire life. Minimum of six people succumb to the disease on a daily basis,” he said and added, “Most patients have survived with oxygen support.” He also took his time to commend the efforts made by the hospital’s health workers.

One of the medics, who has been discharging her duty in the ward, said that most patients admitted to the hospital are going through deteriorating health conditions. “We are making our utmost efforts to save the patients,” she said. According to her, most patients require supplemental oxygen support.

According to the hospital administration, a total of 242 patients including 126 males and 116 females were admitted to the hospital as of Thursday afternoon. Eighty-five of them are in critical condition. The hospital has run out of its holding capacity as Banke and other neighboring districts have reported a scary growth in new COVID-19 cases.

According to Banke’s District COVID-19 Crisis Management Center (DCCMC), as many as 108 people from the district lost their lives to the deadly virus. The latest data shows that the district alone reported a total of 8,597 cases of the disease.

The hospital’s Medical Superintendent Dr Prakash Thapa shared that almost all beds in the hospital are occupied. He also said that they are trying to make the optimum use of the available beds. “We have been admitting new patients based on their health status.” 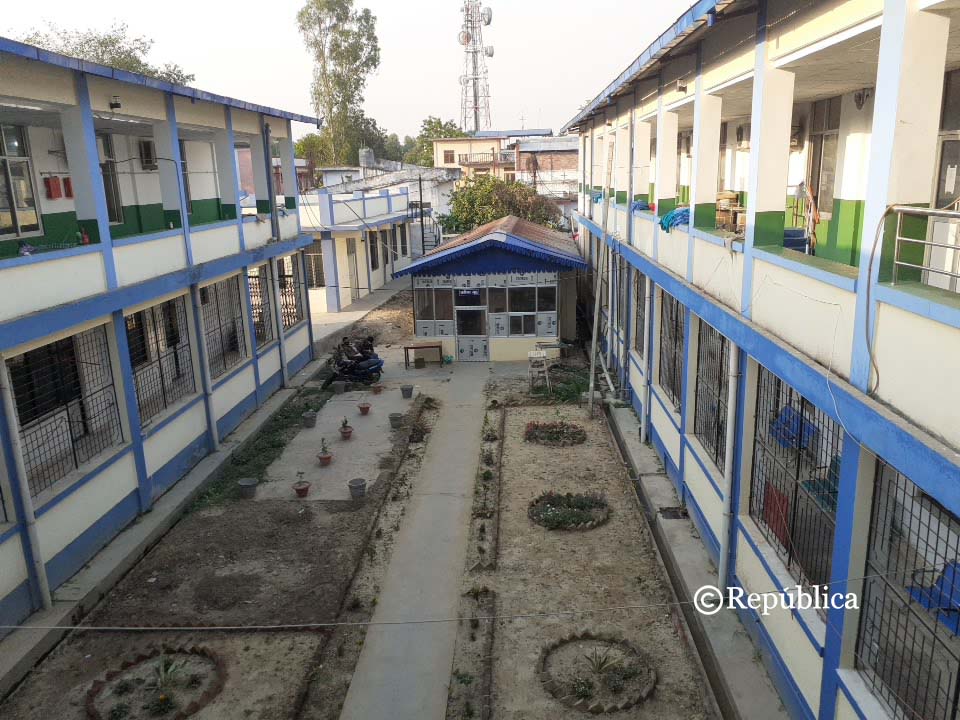 Nepal needs to start thinking about post-COVID tourism strategies as a country with considerable dependence on tourism income. ... Read More...

KATHMANDU, Aug 17: The three districts in the Kathmandu Valley reported as many as 168 new cases of the novel... Read More...