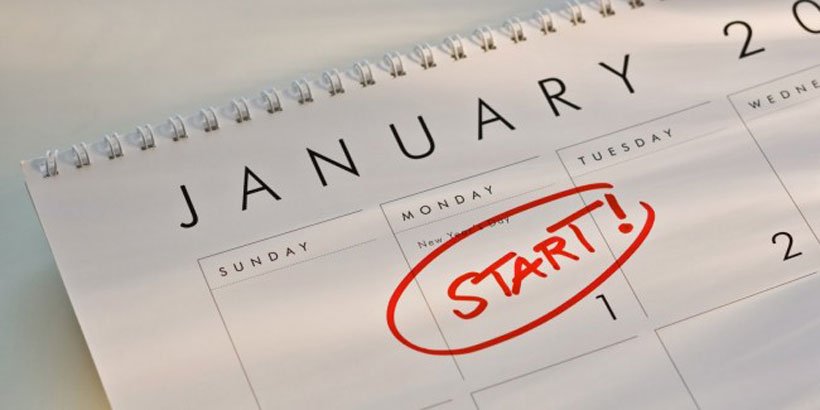 As the year ends and we find ourselves at the doorsteps of yet another new year, we all reflect on all the things we could have done differently and look forward to making resolutions and setting goals for the upcoming year. Isha Upadhyay talked to some of the well-known faces in town to find out what their goals for 2017 are and how they are planning on achieving them.

“I believe that every day is a new page in the book of life and that instead of having a specific set of goals, we should work on one ultimate goal,” he says. He is looking forward to learning new things and doing better this 2017.

He wants to do well and give without asking for anything in return because he believes that whatever he puts out in the universe is what he will get back. We can expect more movies from him this year as he loves to act and will be doing whatever comes his way. This year has been incredible for him with his first movie release and with him being nominated for the ‘Best of YouTube 2016’. However, he thinks that this is just the beginning for him and that he can do much better in the year to come.

Sugarika KC
This year has been all about her son and her work and she couldn’t make time for much else. In 2017, she is planning to let go a little and make time for traveling. She has always wanted to visit Istanbul and is trying to make this dream come true.

“Even if it isn’t to my dream destination, a short getaway would be the highlight of 2017,” says Sugarika. The New Year could just be a year of making her dreams come true as she is also planning on launching a project that is very dear to her heart, it will be in the education sector and a lot of planning is going into it. She also wants to focus a bit more on her health since she hasn’t had the time to do so this year. She is leaning towards yoga as her exercise of choice. “I’m also praying for a peaceful 2017 with no more earthquakes to rock our world,” she adds.

Lex Limbu
The one goal that he feels he desperately needs to achieve in 2017 is to learn how to drive and get a driving license. “I’ve never really felt the need to have a car living in London but whenever I travel abroad, I always wish I knew how to drive as it does make seeing new places so much easier,” he says.

He confesses to have been slow on the lexlimbu front and in the blogging area in the past couple of years and he hopes to put some more effort into it to create some cool posts; whether they be interviews, features or videos. He wants to be better at sharing stories in 2017 to utilize the reach he has by talking about sensitive issues that need to be highlighted. He is also looking forward to having a little more light-hearted and entertaining posts for people to enjoy.

Erina Tamrakar
An artist who focuses on women as well as the society and surroundings, Erina is looking forward to the New Year. “The number 17 itself is very exciting for me because it has my lucky number seven on it and I can just feel that the year is going to be amazing,” she says.

She is working very hard to put on a solo show and repeats that she has never been so excited about any other year. She says there will be an international workshop that she will be participating in which she is really looking forward to and she’s also putting the wheels in motion for an international exhibition. She finds herself spending at least two hours a day with colors and says that her ultimate goal is to increase that number to three or four hours. She hopes 2017 will be a colorful year for her.

Alisha Rai
An aspiring artist, Alisha Rai has been featured in many videos and short films with her popularity reaching its high with the release of her dance number in Loot 2. In 2017, she aspires to become a better version of herself and be more innovative.

She wants to learn a lot from the film industry and has been taking theater classes in order to make herself a better actor. “In 2017 I want to make sure that I give equal time to both my career as well as my classes,” says Alisha. She is a graphics design student and doesn’t wish for one responsibility to hamper the other. She is also looking forward to having hands on experience through shoots that she does on a regular basis.

“My goal for 2017 is to become a better version of myself. I want to grow mentally, physically and spiritually this year,” says Sushil. In order to promote his mental and spiritual well being, Shrestha has already taken up meditation and likes to meditate in the morning. It helps him start the day with a calm mind and makes it easy for him to tackle everything that comes his way. He wants to find more time for himself and is looking forward to reading a lot more this year. He prefers nonfiction works, especially biographies and auto-biographies since he feels he gets to learn so much from the life experiences of renowned people. He also wants to take some time out of his schedule to travel more and not just travel for work related purposes. He believes that he can achieve all these goals by staying positive and motivated.

Jems Pradhan
“I want to do at least one thing I have never done before in my life in 2017,” says the versatile singer. He has many things on his bucket list that he wants to cross off and wants to make sure that he crosses out at least one of them this year.

He is currently working on a song and is planning on coming out with a new music video too. The wheels are already set in motion and they will be released early in 2017. There have also been talks about a few short movies for 2017 that he is really excited about it all. “It is going to be an exciting year and I’m looking forward to it,” he says.

“2016 has been like a rollercoaster ride for me with lots of ups and downs and I learned a lot from it,” he says. As the director of an event management company, it has been his dream to create things that are out of the box for the Nepalis community.

He is currently working on two really exciting projects right now for which his team is trying to communicate with people from India and abroad. If this works out, he says he cannot wait to talk more about it and is thus already very excited about 2017. He is also planning on doing a few shows in London sometime in 2017, but the venues and dates haven’t been finalized yet. “All in all, 2017 looks like a good year to bring in artists and widen the musical horizons of the people in the city. And the growth of the event industry and nightlife in the valley seems imminent,” he adds.

Prechya Bajracharya
She wants to focus and invest more on her personal growth. Her fear of making mistakes has made her miss many opportunities in 2016 and she doesn’t want the New Year to be the same. This year she wants to first work on her insecurities and has been looking into meditation in order to bring peace to her inner self.

“I have found myself constantly multitasking so I want to break down my goals and responsibilities and tackle it one at a time in the upcoming year,” she explains. Though it can be very stimulating, she finds that she is mentally and physically drained afterwards. Along with taking care of her mental health and helping herself grow, she want to also become physically fitter and is also working on making herself grow emotionally as well.

Nattu Shah
She has been working with Channel Arbitrary on YouTube and it has become very dear to her. One of the biggest goals for her in 2017 is to see it have doubled the number of subscribers.

She is mentoring and handling a few of the artists and has them under her wings and wants to see them grow and be successful in the upcoming year. She hopes that people continue to enjoy her talk show and that the rating for it goes through the roof in 2017. “I don’t really like to set up goals and resolutions for the new year for it feels like I’m setting myself up for disappointment. Instead I prefer to take every day as it comes and see where it takes me,” she concludes.

The constitution of the new federal democratic republic of Nepal was promulgated on September 20, 2015, with some significant changes... Read More...