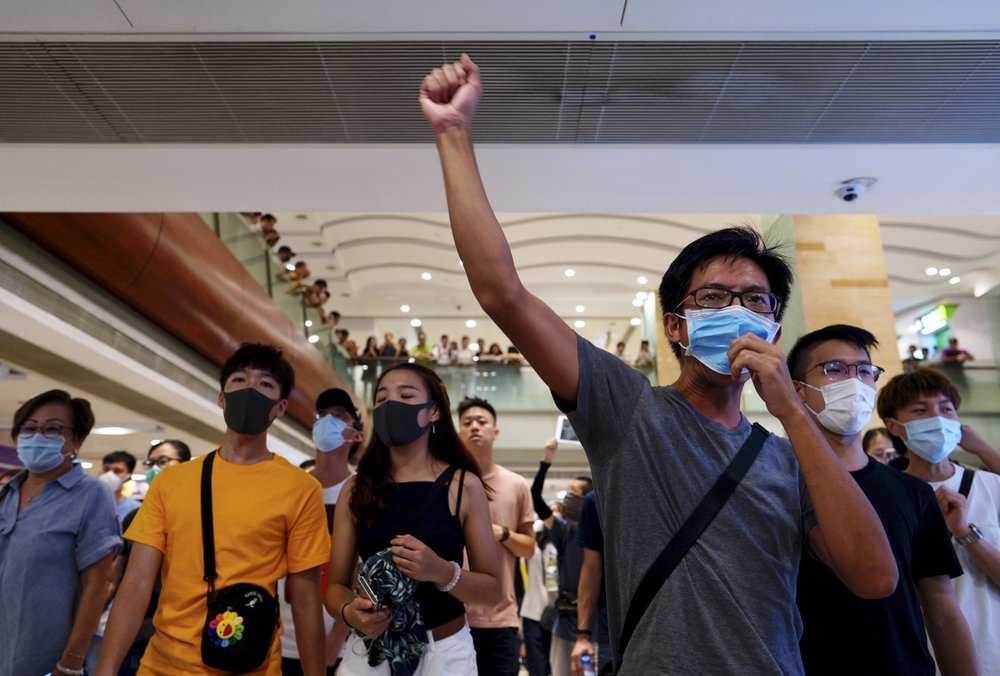 HONG KONG, Sept 8: Demonstrators in Hong Kong planned to march to the U.S. Embassy on Sunday to drum up international support for their months-long protest movement, a day after attempts to disrupt transportation to the city’s international airport were thwarted by police.

The planned march from a central park to the embassy follows yet another night of clashes between police and protesters in the semi-autonomous Chinese territory.

Hong Kong has been rocked by a summer of unrest kicked off by a proposed law that would have allowed criminal suspects to be sent to mainland China for trial. Many saw the extradition bill as a glaring example of the Chinese territory’s eroding autonomy since the former British colony was returned to China in 1997.

Hong Kong’s government promised last week to withdraw the bill — an early demand of protesters — but that has failed to appease the demonstrators, who have widened their demands to include other issues, such as greater democracy.

The unrest has become the biggest challenge to Beijing’s rule since Hong Kong’s return from Britain. Beijing and the entirely state-controlled media have portrayed the protests as an effort by criminals to split the territory from China, backed by hostile foreigners.

The U.S. State Department in a travel advisory Friday said Beijing has undertaken a propaganda campaign “falsely accusing the United States of fomenting unrest in Hong Kong.” It said U.S. citizens and embassy staff have been the target of the propaganda and urged them to exercise increased caution.

Some U.S. lawmakers have spoken out strongly in support of the Hong Kong protesters and voiced concern about the potential for a brutal crackdown by China.

President Donald Trump, however, has indicated the U.S. would stay out of a matter he considers between Hong Kong and China. He has said he believes the U.S. trade war with China is making Beijing tread carefully.

On Saturday, Hong Kong police stopped the planned disruption at the airport with a security blitz that included checking passengers on trains and buses heading to the airport and limiting train services.

Protesters instead staged rallies at subway stations and malls owned by the rail link operator MTR Corp., accusing it of helping police during a recent violent raid at one station.

The Prince Edward station was shut for a second day Saturday after protesters started gathering, laying white flowers and burned paper offerings at the station’s exit as a sign of mourning. When protesters refused to disperse and began setting fire to debris near the station, riot police chased them and used pepper spray.

The station has been a focus this past week for protesters, who want the rail operator to release security camera footage to substantiate rumors that some people died during the police raid. Police have reiterated that there have been no deaths since the protests began in early June and slammed the online rumors as malicious.

Nepal records 205 new cases, 436 recoveries and one death on Sunday
2 hours ago